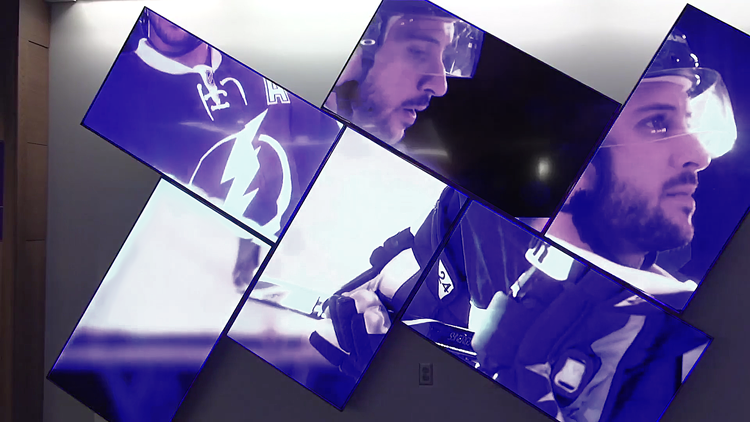 The Amalie Arena, home to the NHL’s Tampa Bay Lightning, recently added a series of video walls to its hallways, lounges, and above the field – and the presence of hockey isn’t their only Canadian connection.

The software for the new walls was designed by Calgary-based Userful, which programmed the displays to feature a range of unique layouts and high-resolution content that could be played across a number of different monitors.

“Video walls have always been the ‘holy grail’ of digital signage,” explains Daniel Griffin, vice president of Userful – as much for their captivating qualities as for how complicated and expensive they are to operate.

Userful designed their product with these limitations in mind however, and came up with a simple and inexpensive solution.

Their system is controlled by a single standard computer, which then delivers the video feed to the monitors via the stadium network. Each monitor also has a zero-client attached to the back, allowing the monitors to be arranged in any kind of formation. 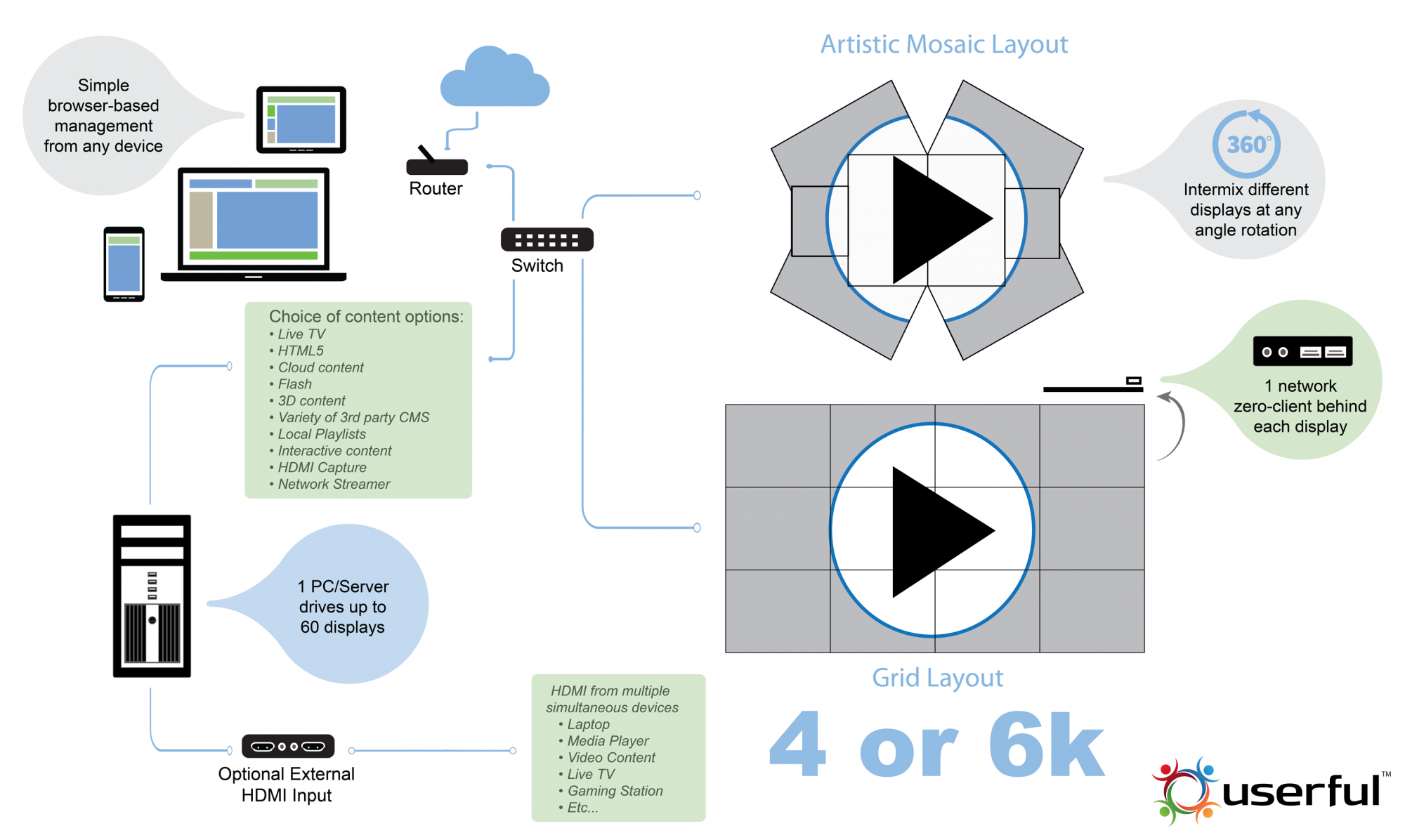 The Userful interface is both intuitive and affordable, with Griffin estimating the service cost is around one quarter of the price of other standard options.

“I’ll go into a demo… to show how easy it is to angle a display and make it work,” Griffin says. “Everyone’s always amazed at [how easy it is.]”

See below for a video of the Tampa Bay displays.