An “aesthetically satisfying” user interface, responsiveness and stability, exceptional Search and other capabilities that boost day-to-day productivity are some Windows 7 features that appeal to smaller Canadian firms.

“Frankly, it was the ‘aesthetics’ that first attracted me to the new OS,” said Phillip Paulos, managing partner at Effective Logistical Solutions (ELS), a Toronto-based provider of logistics and freight management services.

The privately held firm, with 12 employees, offers a variety of services.  It develops supply chain offerings to meet a range of client requirements: from transportation (by land, sea or air) to warehouse facilitation to legislative and customs assistance, including freight audit services. It also serves as an agent for global logistics firm NYK Logistics Inc.

“Our environment is very fast,” said Paulos. “It’s basically stock brokerage in the trucking business.” He said company staff use several proprietary Web applications and need to be able to “bounce easily” from one app to another without having to open and close multiple windows.

How to upgrade from XP to Windows 7

“Windows 7 offers us that fluidity. Screens are so easy to manipulate. What’s more, it’s pleasant to the eye, which is important when you’re staring at these apps all through the day.”

User interface enhancements in Windows 7 also greatly appealed to the folk at Bump Technologies Inc. — and that’s not surprising given the nature of the firm’s business. 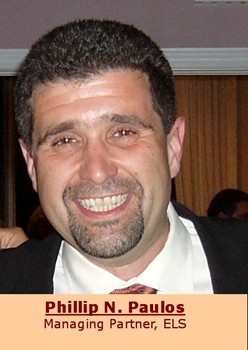 It’s meant to innovate what’s happening on the desktop,” said Justin Ho, release and IT manager at Bump Technologies.

“We’re looking to take advantage of new hardware advances in 3D graphics, and new input modalities, such as touch. The idea is to make that desktop a richer experience for people.”

And the move to Windows 7, he said, fits in nicely with the firm’s objectives. User interface enhancements in the new OS, including the improved Search functionality, make quite a difference in productivity on a day-to-day basis, Ho said.

Better and quicker information access is a Windows 7 feature that is important to another Toronto-based small business: MyTrak Health System Inc.  MyTrak offers products and services designed to help people live a fitter, healthier life, at work and at home.

“Jump lists are a productivity item for us,” said Julio Andracchio, a vice-president at MyTrak. These are available either from the Taskbar or from the Start menu and provide an easy path to a program’s recently used files. Jump Lists, he said, enable MyTrak staff to access needed information or documents “with a minimal amount of searching and clicking.”

The fact that the Search and information retrieval functionality in Windows 7 has such an appeal for Canadian SMBs doesn’t surprise Russ Conwath, senior analyst at Info-Tech Research Group in London, Ont.

“In a small enterprise, where sophisticated systems for managing structured and unstructured data are minimal, this feature will save time and improve productivity,” Conwath noted. “Other solutions, such as Google Desktop search are an option. But if search is integrated into the desktop operating system — then management, updates and maintenance will be less difficult.”

MyTrak’s Andracchio cited “Aero peek” as yet another time-saving feature in Windows 7. Aero Peek focuses attention on a specific window while relegating others to transparent outlines. Users can also use Aero Peek to make all open windows transparent, which lets them see through to the desktop beneath.

MyTrak employees often have multiple Word and Web documents open simultaneously, Andracchio noted. Aeropeek allows them to quickly get to the desired document or Web site without resorting to a “hunt and peck” method of the XP taskbar, he said.

MyTrak to date has migrated around 20 PCs to Windows 7. “We plan to do the balance of the company this year for a total of about 100 stations.”

While overall migration has been smooth, Andracchio said the only issue MyTrak experienced was with a beta AV application the firm was testing on Windows 7 that caused serious response problems. “Once we determined the source of the problem, it has been stable and consistent.”

Ho from Bump Technologies said the next release of his firm’s flagship application will harness some Windows 7 federated search capabilities. “Our product also fully supports the Windows 7 touch API, including multi-touch capabilities offered from some panels, such as the Entry Panel.

“We started development on it as soon as we had access to the beta software developement kit (SDK).”

The firm, which previously did development on XP machines, recently moved developers to Windows 7. “We have the RTM (release to manufacturing) build of Windows 7 and have around nine people on it,” Ho said.

The new OS, he said, offers his developers the responsiveness and stability they crave, but didn’t get with Vista.

The deployment tools in Windows 7 are another huge advantage, he said as they make it easier to maintain “test machines.”

“We maintain a lot of hardware to simulate what customers would have in the field. Maintenance of these machines is important, and Windows 7 offers significant improvements in this area.”

He said he also has the sense that Windows 7 also boots faster than XP or Vista.

The faster boot up and installation time of Windows 7 is one of the reasons why MyTrak opted for the new OS, according to MyTrak’s Andracchio. “Windows 7 boots significantly faster than [our] older XP machines.”

He said the time required to equip deploy new computers has also reduced greatly with Windows 7. “This has freed our technicians to be more productive in other areas of the business.”

The backwards compatibility that Windows 7 offers with an earlier operating system, such as Windows XP, is also a big benefit for ELS.

XP mode — a gift from Microsoft?

Some commentators have called it a “gift” from Microsoft, as to similarly equip Vista, a user would have had to incur the cost of an additional XP license.

The XP mode, in essence, enables users to access the features of the latest OS, while still handling legacy applications that may not be compatible with Windows 7 (or Vista for that matter).

For Paulos this is a huge advantage.

“As part of our day-to-day operations we use many proprietary Web-based apps, some of which are quite antiquated and don’t run well on Vista.”

He said keeping these apps on XP machines pose a problem, as sooner or later Microsoft would drop support for that OS. “Also, I don’t hang on to PCs longer than 3 -5 years.”

Conwath from Info-Tech believes the XP mode feature in Windows 7 will be particularly useful fro SMBs with home-baked applications driving their enterprise. “This is an important feature for any enterprise that may have to live with legacy software, for cost or other reasons.”

And this is precisely the case with ELS, and key reasons why the move to Windows 7 was so attractive to this logistics firm.

Paulos said his firm uses a proprietary transportation management system (TMS) from NYK Logistics. “It doesn’t run on Vista or Windows 7. So having an XP compatible mode within Win 7 was critical for me. It allowed me to upgrade without losing that functionality.”

He said upgrading the firm’s Vista machines to Windows 7 was a piece of cake.  “You don’t need to wipe out the hard drive. You can just layer it right on top.” For the XP machines, however, he said he opted for a fresh install of Windows 7. “We did that to avoid any compatibility issues.”

Steve Ballmer came up to Toronto today to head up the Windows 7 launch (something he didn’t do when Vista was launched in November 2006).

“Steve has realized that Toronto, and Canada in general, is an important market for them in that we have a high proportion of knowledge workers,” said Conwath. “Our economy has taken less of a beating and we could represent a signaling market to the U.S. and other countries that Windows 7 works.”

It’s a view echoed by Tim Brunt, senior analyst IDC Canada in Toronto, who believed the overall economic climate in Canada right now could actually aid and abet the adoption of Windows 7.

“Right now it’s the best time to buy new PCs, as the prices are lower than they’ve ever been. Small firms can take advantage of the CCRA tax program which enables them to write off 100 per cent of their investment in IT.”

He said these two factors could prompt SMBs to adopt Windows 7 sooner rather than later.

Facebook wants to help you limit the amount of time you spend...