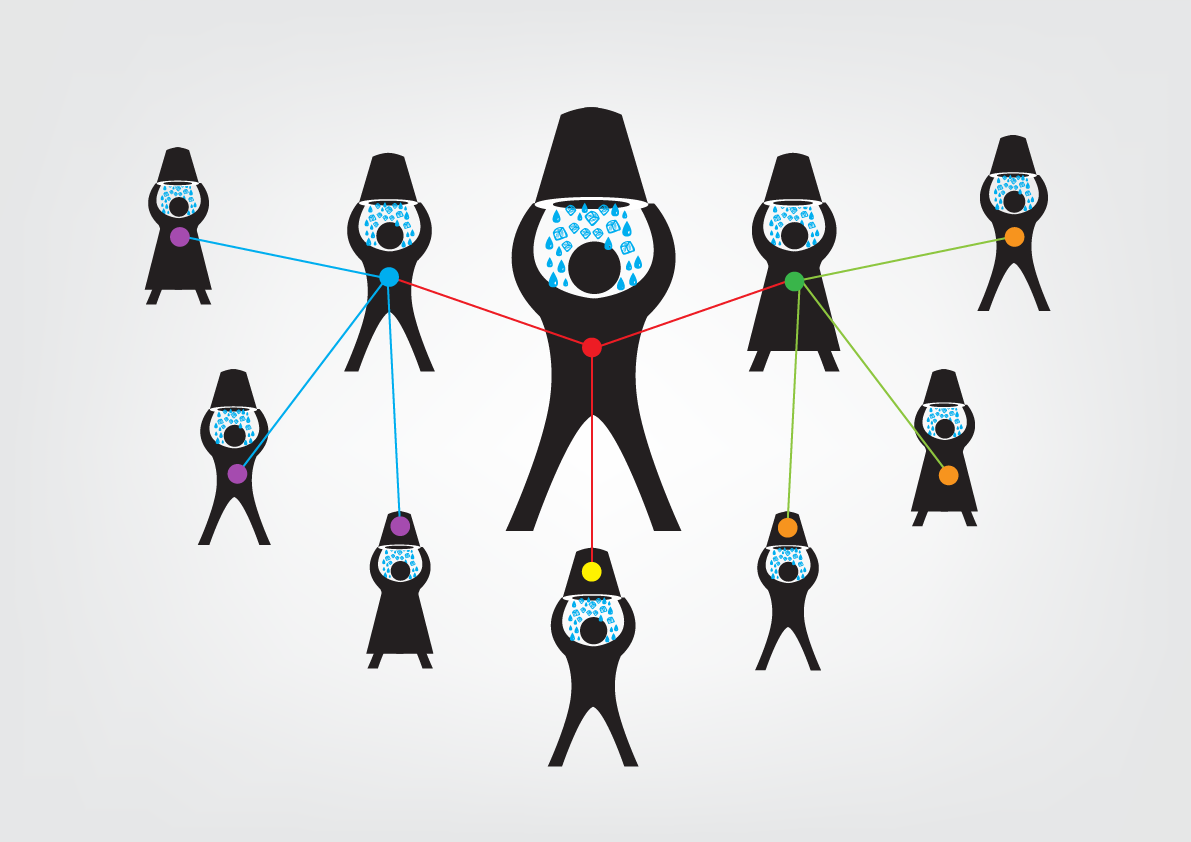 The ALS Ice Bucket challenge is a fantastic example of what happens when a silly meme is co-opted  in exactly the right way. It has all the elements of a perfect viral meme: it’s funny to watch, there’s a “naughty” element (nominating your friends), and above all, it’s for a good cause. It’s a perfect execution.

All of these aspects combine to make the ALS Ice Bucket Challenge what it is today: something that has completely captivated North America with its call-to-action to help combat a horrifying disease.

In case you’ve been on a two-week long yoga retreat in the Himalayas and haven’t had time to check your Facebook feed, the ALS Ice Bucket Challenge is a variant of the Anglo-Australian “Neknominate” meme, where mostly young men posted videos of themselves drinking beers in compromising positions and then nominated their friends, who had 24 hours to do the same. The ALS Ice Bucket challenge is the same concept, with a small twist – if the nominees failed, they were honour-bound to donate $100 to the ALS Foundation.

The origin of the challenge has been attributed to various groups and organizations, in particular the National Fallen Firefighters Foundation. It started to gain traction when it was posted to Instagram by motocross stalwart Jeremy McGrath, who nominated two other athletes. A month later, it had exploded in popularity.

So why was it successful? It turns out that the Ice Bucket Challenge followed  four  major tenets of content marketing, universal truths  that have already proven to be successful in marketing 21st-century marketing campaigns.

Keep it simple and interesting

The ALS Ice Bucket challenge is concerned with one thing: getting as many people to participate as possible. For this reason, it’s extremely easy to take part in. All you need is a smartphone, a hashtag, and some cold water! There’s no reason to make the barrier to entry higher than that. The lesson here? If it’s easy to participate, more people will join in on the fun.

The Ice Bucket Challenge is also endlessly refreshing itself (no pun intended), because each person who takes the challenge has his or her own chance to put a creative and personal spin on it. Celebrities have gotten in on the act as well, making their own unique mark, and the craze shows no signs of subsiding.

You’ve seen the commercials: soft music, black and white film, sad people. It doesn’t matter if it’s about poverty, starvation, unadopted kittens, or genetic diseases. A soft voiceover tells you the dangers and sorrows of living with a debilitating condition, and pleads with you to donate. “Just one dollar can make a difference in someone’s life,” she urges.

All these things may be true, but it’s not the kind of content that people want to encounter on their way to the gym, or to a date, or in the breakroom at work. It’s sad, and makes you feel guilty if you don’t donate. No one likes being guilt-tripped.

The ALS Ice Bucket Challenge, conversely, speaks to the pride in you. You’ve been challenged! How does that make you feel? Alive! Cold! Soaking wet! But not guilty at all.

Ostensibly, nominees are presented with the choice of pouring the ice water on their head or donating to the ALS Foundation. Realistically, most people who make the videos are probably also donating some money, because that’s what the meme has come to represent, and it’s what’s expected of them from their friends.

The ALS Foundation has reported a 1,000 per cent spike in donations since the Ice Bucket Challenge began splashing its way across social media, and it is by no means finished. On Wednesday, August 20, the ALS Association announced that it had earned $8.6 million dollars in a single day, and yearly donations have topped $50 million!

Your friends are doing it

The first trick works a little bit like guilt and a little bit like peer pressure: that is, you see your friends doing it, and feel they expect you to join as well. It’s human nature to desire to fit in and seek approval, and the Ice Bucket Challenge hits us right where it hurts.

The nomination part of the challenge ensures that you are called out by name, another technique proven to have a powerful psychological effect. Firefighters and other emergency response personnel already know this trick: instead of saying “someone call 911,” you choose a specific person from the crowd and give instructions to them. This combats the natural human tendency known as the Bystander Effect.

The ALS Ice Bucket Challenge struck all the right notes for virality. It was fun and a tiny bit mischievous, but still ultimately for a good cause. This balance of fun, mischief (you get to prank your friends!), and charity conspired to give the ALS Foundation the windfall of a century and created a whole lot of goodwill along the way. Though not a piece of marketing itself, the meme has had all the hallmarks of a perfect social media campaign.