It may not be long before payment terminals have more in common with smartphones than card readers.

The result: A modern smartphone-like customer experience platform that can be a boon to not only the retailers that use them, but to neighbouring businesses as well.

“If you’re in a restaurant and it’s a few blocks away from a movie theatre, there may be a movie theatre application on the terminal saying, ‘Hey, do you want to pick up some tickets?’” says Suzan Denoncourt, Ingenico Group’s managing director in Canada. “Then you can make a spontaneous purchase of movie tickets right then and there. The payment can be done at the terminal,”

The same can be said for everything from booking a taxi and answering customer surveys to redeeming loyalty points, she says, noting that Ingenico has over 200 app developers in Canada interested in creating apps for its marketplace.

“For the smaller merchants, it’s an opportunity to offer more services to their customers which are revenue-generating for them, like the movie ticket,” Denoncourt adds.

In addition to offering customers improved service, many contributors to Ingenico Group’s marketplace have developed merchant-only apps for the terminal as well, helping the company’s business customers use consumer activity to generate customer analytics and manage their operations.

“We’re not measuring transactions or the cards used, as there are strict regulations around that,” Denoncourt notes. “However, inventory management, as far as who bought what, at what SKU, and what frequency, are the types of things that can be captured, depending on the applications put on the devices.”

Though the Telium Tetra smart terminals use the latest cryptographic security to keep payment credentials safe and entirely separate from the application piece, there’s still the question of whether the apps will be used by merchants and customers when they launch on the terminals in 2018.

“Customers are inundated with a lot of things already and many working in retail are over worked as it is. I’m not sure the average Canadian consumer would embrace this unless it was simple, explained well and truly made sense to them. If you build it, they will come is an outdated fantasy,” says Roy Prevost, a Vancouver-based retail customer service consultant with over 25 years of experience.

“The leap is not a huge one because it’s a slight change in the payment hardware itself as well as just the awareness that there’s going to be application accessibility. But the handling of applications is something consumers and merchants are already dealing with through other smart devices. This will simply be a question of awareness.” 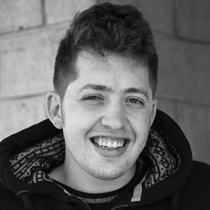 Aaron Broverman is a freelance writer based in Toronto. When he’s not writing about technology for publications like Yahoo Canada, Bankrate and creditcards.com, you’re likely to find his nose in a comic book. He likes comics so much, he hosts a podcast called Speech Bubble where he interviews those involved in the industry.