Manulife is letting its life insurance holders walk their way to a free Apple Watch.

The remaining cost can be paid off in monthly instalments, though customers who complete individualized fitness goals can reduce or even eliminate the cost entirely.

“Around the world, what they’ve seen is that customers who are at risk … meaning customers with a body mass index outside of the healthy range, with high blood pressure, low levels of physical activity or high cholesterol, are actually engaging with the program as much as you would expect healthy people to engage with it,” Hill said.

Since the Manulife Vitality Active Rewards with Apple Watch program launched in the United States last spring through Manulife’s subsidiary John Hancock Financial Services, the biggest spike in physical activity has been in the most at-risk populations, Tal Gilbert, CEO of Vitality Group USA, said in an Oct. 23 press release.

People with three of the four aforementioned health risks are categorized as most at-risk.

“We’ve motivated Vitality members to be more active, with the number of active days per week increasing by 40 per cent,” Gilbert said.

Insurance companies typically don’t interact with clients after establishing an agreed-upon insurance policy, with the exception of collecting premium payments and speaking to beneficiaries, said Hill, but the Apple Watch program will help create new conversations with clients about healthy living.

“As an insurance company we create value because by having people live longer it’s good for our business, and ultimately it’s good for society to have more people living healthier and it lowers the health care burden on society,” he said.

Manulife doesn’t collect information about specific activities customers perform to earn points, but the surge in overall traffic and engagement since the Vitality program was released in Canada – exact numbers have not yet been released – is a clear indication that the program is working, said Hill. 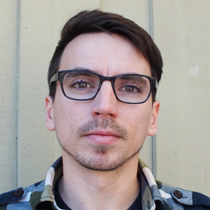 “Needless to say, we’re really excited about the level of engagement we’re seeing. Obviously it’s ground breaking for an insurance company to have daily or weekly engagement with customers.”

Previous articleNew POS terminals help business owners improve customer service with touchscreen-based apps
Next articleAre you ready to die? If not, this startup will help you prepare