Ashley Huffman is kept busy in her full-time job as marketing manager at Nano Magnetics Ltd. but she wants to stay active on Twitter and engaged with her more than 7,000 followers.

No problem. She’s using an account with Dlvr.it (pronounced “deliver it”) to set up RSS feeds from some of her favourite sites to automatically update her Twitter account with interesting headlines. Sort of like this one:

Bots vs Wikipedians: How Wikipedia Benefits From Bots http://t.co/6UsVDOFzmM #geeks

“It helps me because I want to share content as often as I can, but I don’t have a lot of time to be on websites and be on Twitter,” Huffman says. “It’s a huge time suck.”

So instead she takes new articles posted to LifeHacker and Geeks are Sexy and has them fed to her Dlvr.it account. There, she’s used filters to weed out some content she’d rather not post based on keywords. She also assigns hashtags to automatically be applied to the content based on its source.

San Francisco-based Dlvr.it is a social media content distribution service that’s now syndicating content for 400,000 publishers and marketers. It’s often used to curate third-party content and publish it to various social networks – Twitter, Facebook, Google+, Pinterest, etc. – based on a queue that optimizes the post and sends it out at the time it’s most likely to see the best results.

“We’re like an e-mail newsletter for social,” says Bill Flitter, founder of Dlvr.it. Competing social dashboard “HootSuite, hands down, does social media monitoring very well, but distribution is an after thought.”

Dlvr.it’s distribution services offers a free account and scales up with paid plans. A US$9.99 per month plan will manage 50 feeds and publish to 15 social profiles. For US$19.99 per month, you get unlimited feeds and social accounts, plus faster publishing and up to three optimized post queues. A US$149.99 per month enterprise plan allows up to 10 users and priority support.

Dlvr.it also helps marketers reach new followers in addition to staying engaged with the ones they already have, Flitter says. Promoted Stories is a feature that takes a piece of content and hosts it on a search-optimized page. It includes social media sharing buttons, mobile-friendly adaptive layout, and a clean presentation.

“The focus is really on reading the content,” Flitter says. “There can be a lot of distractions on your website.”

Promoted Stories are distributed via an ad exchange network using 300×250 pixel graphic ads. The content can be targeted to a specific audience. 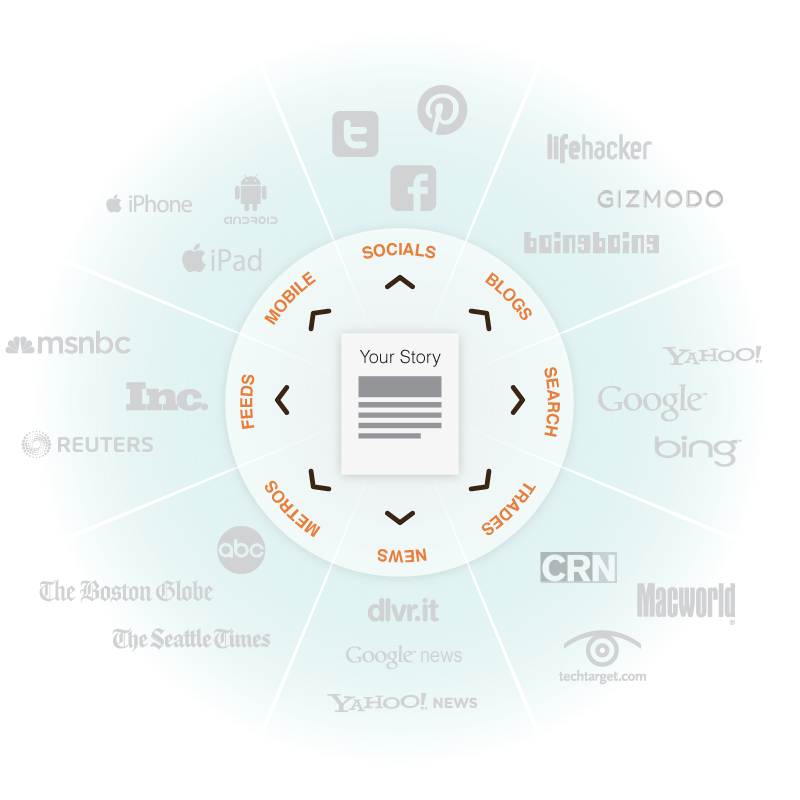 While Huffman hasn’t tried Dlvr.it’s Promoted Stories feature, she credits the platform for much of her Twitter success. She estimates her engagement on Twitter has gone up 35 per cent over the past two years of using the service.

But she still checks her feeds daily to make sure the automated posting doesn’t include content she might find distasteful.

“You have to be careful when you’re using it for business if it’s not your own RSS feed,” she says.

She recommends it for someone that doesn’t have a lot of time to be on Twitter, but wants to get started with building an account following.

Brian Jacksonhttp://www.itbusiness.ca
Editorial director of IT World Canada. Covering technology as it applies to business users. Multiple COPA award winner and now judge. Paddles a canoe as much as possible.
Previous articlePaperVision adds e-forms and digital signatures to ECM suite
Next article3 thought leaders to follow on Twitter for #FollowFriday