As many folk know who’ve organized team events where everyone contributes — getting participants to pay their fair share on time is often a challenge.

Keeping track of who has squared up and who hasn’t, and sending repeated payment requests and reminders can be tiresome.

A simpler way to say: Show me the money?

A new service jointly offered by PayPal and Facebook promises to take the tedium out of the collections process.

Dubbed Square Up with PayPal, the application can be used by all Canadians with a Facebook account.

If someone organizes an event on Facebook – such as a baby shower, a birthday bash et al – and needs a lot of people to contribute financially, this app is just what the doctor ordered, PayPal spokesperson Shannon Bentley told ITBusiness.ca. 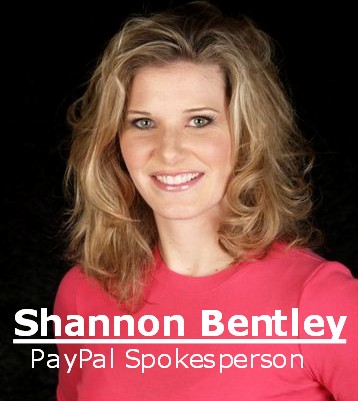 She said the process is quick and secure.

“You create a Facebook event and invite any number of people to join — there’s no limit. You then send payment requests to event participants, including those who aren’t on Facebook by simply adding their e-mail address.”

She said the system sends e-mail notifications to these participants with a link to pay their share through PayPal. The link would let recipients log in to their PayPal account (or sign up for an account if they don’t have one) to send the money.

“Square Up options include paying from their PayPal balance, a bank account or their credit card,” Bentley said. While there’s no charge for using the first two payment options, there’s a 2.9 per cent fee – plus 30 cents – when paying with a credit card, she said.

While the application seems targeted at organizers of informal events – birthday parties, weekend getaways and so on – Bentley said smaller firms could profitably use the service as well.

And at least one Canadian analyst believes there’s likely to be a greater uptake for the new service among entrepreneurs and smaller businesses than consumers.

“Take an entrepreneur or small business that’s running a training session, or offering special membership to a Web site, or a Web cast. They could now market their offering through Facebook, and – with the new Square Up with PayPal service – have the payment option tacked in there. It would be very easy for their target audience to click through instead of having to go to a separate site.”

From PayPal’s standpoint, she said, it’s a way of using social media to broaden their user base, and build brand and mindshare.

“It’s really quite clever. Many Facebook users are in their early 20s and may or may not have a PayPal account. But this opens up the doors to that target audience.”

Bentley suggested that targeting Facebook’s wide user base is indeed a key strength of the service. “Three quarters of online Canadians have a Facebook account, and there are more than 8 million Canadians with a PayPal account. So we decided to bring these two groups together. It just makes everything easier for people.”

She said speed and security of money transfers are other benefits.
“Those making payments don’t have to enter their financial information, so it’s a secure, quicker way to organize an event and square up.”

Warren believes most users of the service would likely use a personal PayPal account – as opposed to a business or premier account – at least initially.

She said right now the security that such online payment services offer are their biggest value proposition. “But in North America, at least, credit cards will still remain a dominant payment method. I don’t see their influence diminishing as a result of such alternative payment applications.”

And Facebook also gains big time from this service, according to another Canadian analyst.

“It’s a given that any major social network must have an online payment service, so this is good for Facebook,” said Tim Hickernell, lead analyst with Info-Tech Research Group in London, Ont.

He said it would be a mistake for Facebook to get distracted by trying to become its own financial service, offering credit cards and such, under the Facebook brand.

Hickernell says Square Up with Facebook could serve as a good fund raising vehicle for clubs, or non-profit outfits. “But I’m skeptical about it being a substitute for true merchant services for a small business.”

Small and midsized businesses (SMBs) he said, would be better off deploying more traditional merchant services.

“While PayPal has offered true SMB merchant services for some time –in addition to consumer and freelance professional services, it still has a consumer reputation. For example, many firms will not allow corporate credit cards to be used with PayPal, even if the purchase is approved and legitimate.”

And while PayPal is emphasizing security as a selling point for the new service, Hickernell has his reservations.

“These smaller services have a long way to go to eliminate the perception of risk among larger companies,” the Info-Tech analyst said.

He noted while such systems work well in small buyer-seller peer networks, such as eBay, they lack the protections and value-added services that credit card companies provide to their merchants.

“SMBs will have to balance increased risk with decreased transaction fees.”

How to wrestle down online impostors ... the WWE way