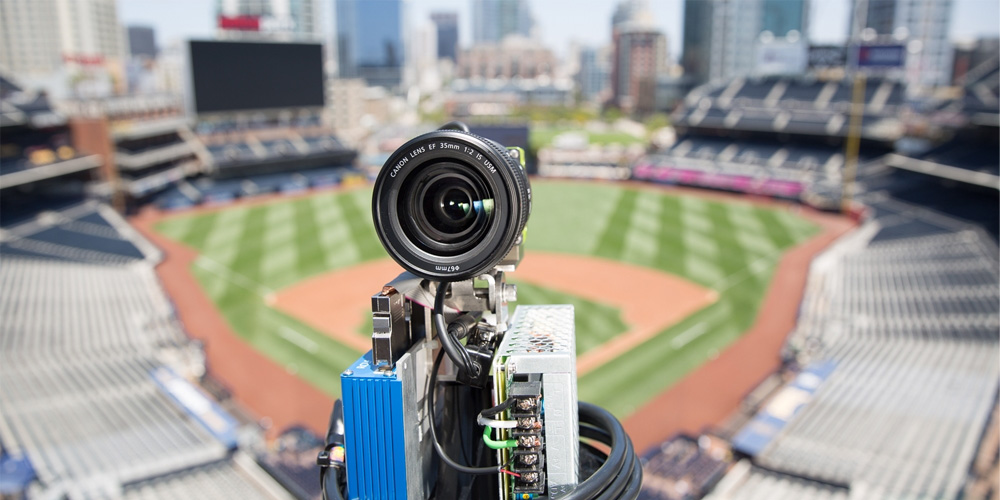 Baseball replays are about to get a whole new dimension, as will be seen for the first time at Tuesday’s MLB All-Star Game.

Intel Corp. is bringing 360-degree replay technology to Petco Park in San Diego after showcasing it at the NBA finals earlier this year. The system uses 28 cameras throughout the stadium to create a 3D rendering of the field, and provides a near 360-degree view of the positioning of players.

Instead of capturing pixels in 2D, Intel’s technology captures voxels, which are pixels with volume. The voxels are what allow the images to be rendered in 3D.

“Our goal in bringing this technology to baseball is to create a more engaging visual experience for fans who tune into America’s favorite sport on networks and digital and mobile platforms,” said Wendell Brooks, senior vice president at Intel Corporation in an Intel blog post.

The project is part of Intel’s new partnership with MLB. Past Intel partners include the NBA, NFL, ESPN X Games and Red Bull. Brooks explained that Intel has had ongoing initiatives to try and reinvent the sports experience.

The game will be shown Tuesday night on Fox, starting at 8 PM EST.

“These broadcasts will deliver compelling new commentary alongside these unparalleled views,” said Brooks. “[Intel is] showcasing plays that could one day become iconic classics passed among generations of fans.”

See below for a brief video describing how the technology will work.

Jackie Atkins
Jackie Atkins is a competitive alpine skier, student and aspiring writer who primarily contributes stories about the intersection between technology and sports to ITBusiness.ca.
Previous article
MaRS report uses investment in startups to identify 7 trends shaping tech’s future
Next article
Is Pokémon Go a huge security vulnerability for your business?

Is the NBA the most tech-savvy league in North America? – Tech...