Toronto-area digital marketers and app developers reacted with enthusiasm today after Facebook announced a series of incremental updates to its advertising services and apps platform from the F8 developer conference in San Francisco.

Facebook founder and CEO Mark Zuckerberg took the stage along with other top employees to announce a raft of new programs that included a mobile advertising network, new ways to manage user identity, and more built-in ways for developers to market their mobile apps. Facebook’s Audience Network is entering an expanded test phase, allowing advertisers to use Facebook’s targeting capability to reach users of various mobile apps. It also allows developers a new way to monetize their apps by providing inventory to the network.

“This is the first time we’re going to help you monetize in a serious way on mobile,” Zuckerberg said.

The network can deliver banner, interstitial, and native ads using the same creative assets already put to use on Facebook. So far test partners include apps from the Huffington Post and Audible, said Deb Liu, product management director for Facebook, during her keynote.

“We bring it all together for you so you don’t have to go out there as a publisher or developer with your sales teams to sell ads,” she said. “You don’t have to do billing, reporting, or measuring on the part of advertising. It’s all done for you.”

The power of Facebook’s network will be its ability to offer relevant ads to its users based on their personal information and preferences, says Mario Zelaya, managing director of Toronto-based Majestic Media. His firm coordinates Facebook marketing campaigns and builds social apps for clients.

“Besides Facebook, no one really offers that type of targeting,” he says. “What good is spending $100,000 if you’re not targeting that audience you’re looking for?”

On the developer side, his hunch is that any developer using Facebook Connect to attain a sign-in identity for their app will be able to turn on the ad network faucet pretty easily. It could be a way for startup developers to quickly start pulling in revenue and Zelaya was already e-mailing his clients during the F8 keynote to tell them they should consider trying it.

“Drop a few lines of code and all of a sudden we’re advertising natively within an app,” he says.

“This tool will get saturated over time,” he says. “The likelihood of you showing up on someone’s feed will cost you more or you’ll sink down.”

Facebook had other tricks for app marketers to put up their sleeves to unveil during the F8 keynote. There are three new features built natively into the social network that will lead to more free marketing opportunities for app developers.

Zelaya likes it. He says its free marketing without the need to collect more permissions from a user.

“Imagine you’re in an app, you like something and it goes out to your profile without me needing to ask for publishing permission,” he says. That gives all mobile app content the potential to have better reach.

So far the deals made for information between a Facebook user and a developer have been an all-or-nothing type of affair. Either the user handed over the information requested by the developer, or they couldn’t use the app. That changes today with more granular controls over what information is passed on to apps and an anonymous login option. 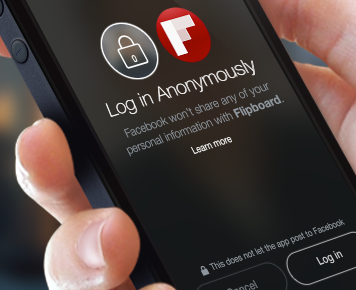 Anonymous Login is a way for Facebook users to quickly login to an app without handing over their information. Users can see what an app is like, without the personalized aspects, and decide if they want to upgrade to their full Facebook login at a later time.

Hossain expect this feature will help with converting users on his apps.

“Users were frightened away by requests for different permissions,” he said. “Online identity is so tied to your personal identity that people don’t want to take risks.”

On the downside, he notes, developers may now not get all the information they want about their users. It’s now up to users if they want to hand over their public profile, friend list, and email address to app developers.

Developers who want more depth of information than that will also be required to undergo a review with Facebook.

More details about Facebook’s F8 announcements are available on its developers blog.

Brian Jacksonhttp://www.itbusiness.ca
Editorial director of IT World Canada. Covering technology as it applies to business users. Multiple COPA award winner and now judge. Paddles a canoe as much as possible.
Previous articleWhat Chris Hadfield’s ‘CMO’ can teach us about marketing
Next articleIBM launches mobile app toolkit for businesses large and small