Could loss of jobs through automation drive the gig economy? 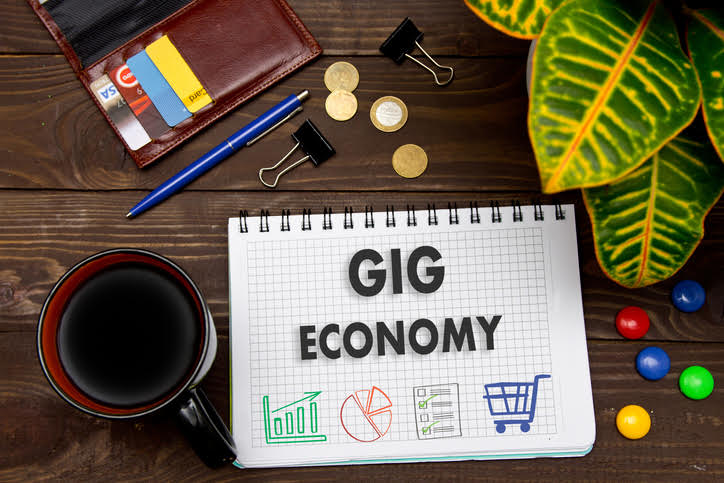 The fear of lost jobs because of increased automation in business is a reality for many industries.

Webinar: Is the gig economy right for your business?

Each of these waves will have their own distinct effects and will all have varying degrees of influence on different industries.

And while automation is likely to open up new jobs that either did not previously exist or were not in such high demand, there is a fear that our education system is not currently set up to place people into these potential new positions.

Once automation enables companies to complete a majority of a positions tasks, companies will not be able to justify keeping someone on the payroll when they are only required for a minor portion of their previous role.

Why would companies not turn to this newest trend in staffing to fill in the gaps left over from automation? Why hire someone full-time when you only require them for say 20 per cent of the job and could easily complete that work with a freelancer?

And this is where the gig economy could benefit from the displacement of a major portion of the workforce.

This would lead many displaced workers into the open arms of the gig industry, needing to now piece together their portfolio through a multitude of clients rather than collecting their entire paycheck through a singular employer as has been the tradition for ages.

So what exactly is the gig economy?

By now you have likely heard of the gig economy; one of the biggest trends altering how traditional business is done.

For those that have not, here is a quick summary.

People who do not have easy access to a vehicle, or live in the city where one may not be necessary, turn to platforms like Uber and Lyft who have provided means to acquire transportation where and when you need it for the fraction of the price of owning or renting a car. And just like these companies have revolutionized the transport industry, companies like Fiverr and Upwork are doing the same in the staffing industry.

For example, instead of hiring a full-time graphic designer and keeping them on payroll all year when they may not be required at all times, you can jump on Fiverr and find a trustworthy graphic designer to do what you need done at a fraction of the usual cost. If you do this often, you can even find the artists you find most trustworthy and go back to them on a regular basis.

And somewhat ironically, Uber is working to become the Uber of the gig economy, as it has been testing out making such a service available through its company. And with the financial might that Uber has, do not underestimate its ability to disrupt the entire staffing industry; although it is concentrating on food services and security to begin with.

For those worried about how their skills may translate when needing to piece together multiple jobs to create an income, there is one new development that may astound you. According to the 2019 Staffing Trends report from Staffing Industry Analysts, Timing, the fifth-largest staffing firm in the Netherlands, began testing the Laevo 2 exoskeleton among its deployed distribution staff; which can ease the physical stress on their workers and actually give them enhanced abilities.

So how will the increasing prevalence of the gig economy and human cloud services affect business in the future?

There is still much to learn about this relatively new business model and its potentially vast reaching effects; but from what we have seen so far, it seems to be here to stay.

Find out what the gig economy can do for your business at a webinar hosted by IT World Canada on March 13th, 2019. It could change the way you run your business completely.

Buckley Smithhttps://www.itbusiness.ca
Staff writer for IT World Canada. Covering the world of technology as it applies to business. Buckley is an avid sports fan who loves travel, food, and music. Can be contacted at [email protected] or 416-290-2000.
Previous article
Data privacy experts flag ‘smart cities of surveillance’ at ITAC Smart Cities Technology Summit
Next article
ADP updates its Workforce Now HR tool with AI, greater mobility