The latest figures from the Toronto firm Research Infosource indicatethat investment in Canadian university research has basically flatlinedin the past year. By comparison, research funding levels from 2000 to2010 saw annual increases of between three and 23 per cent.

About two-thirds or more of all university research money in Canadacomes from government sources, so “with governments at all levelscutting back, it’s not surprising to see total research supportslipping,” Freedman added.

In 2011, 34 Canadian universities saw an increase in research fundingwhile 16 schools suffered declines. The biggest draw for funding ismedical research, with schools that grant medical degrees attracting 81per cent of the total research money given to the top 50 universitieson the list. Of the 18 universities that raised $100 million or moreeach for research purposes, 16 have medical schools. 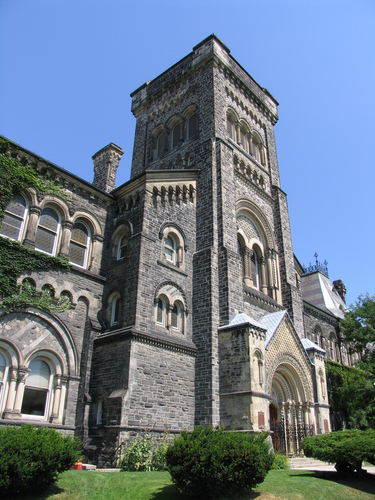 Research Infosource also ranked Canada’s top 50 research universitiesbased on funding for research plus the quality and output of researchactivities. The University of Toronto ranked first in themedical/doctoral category (schools that grant medical degrees), theUniversity of Waterloo topped the comprehensive category, and theUniversity of Lethbridge won the undergraduate category.

A recent Conference Board of Canada reportargued that a lack ofinnovation is the single biggest factor to blame for Canada’s fallingglobal competitiveness ranking.

For more details on rankings, categories and the methods used in the Research Infosource report check the full study here.

Christine Wonghttp://www.itbusiness.ca
Christine Wong has been an on-air reporter for a national daily show on Rogers TV and at High Tech TV, a weekly news magazine on CTV's Ottawa affiliate. She was also an associate producer at Report On Business Television (now called BNN) and CBC's The Hour With George Stroumboulopoulos. As an associate producer at Slice TV, she helped launch two national daily talk shows, The Mom Show and Three Takes. Recently, she was a Staff Writer at ITBusiness.ca and is now a freelance contributor.
Previous article
Ottawa boosts cybersecurity spending to $155 million by 2017
Next article
iPad Mini will cannibalize 15-20 per cent of ‘original’ iPad sales: analysts