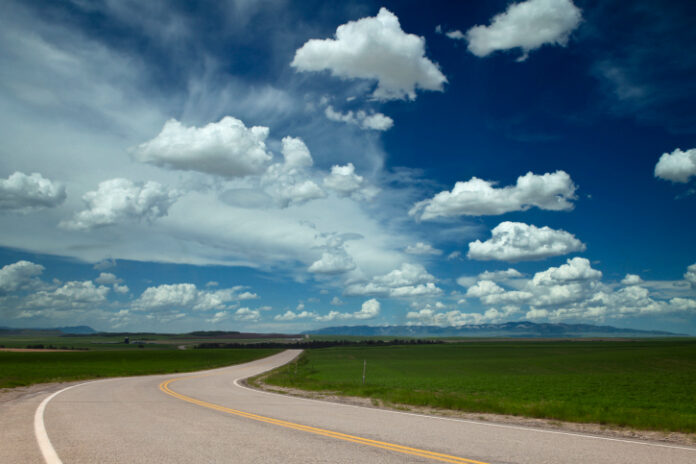 Microsoft Canada put AI-fueled offerings for SMB office and enterprise cloud in the spotlight at its Toronto Tech Summit Wednesday.

It’s also betting on hybrid as the go-to cloud model of the future.

Although many of the specific apps showcased at Toronto Tech Summit had already been announced or released prior to Wednesday’s conference, the event did provide details about new or upcoming product features and their integration with other Microsoft services.

Catherine Boeger, the U.S.-based GM of Microsoft Office, shed more light on what’s in store for Microsoft 365. Announced in July, the new product bundles Office 365, Windows 10 Enterprise and Enterprise Mobility with Security (EMS) into one package.

“We’re pivoting to make sure we’re providing these services as an integrated solution,” Boeger said. “It represents a fundamental shift in how we architect, design, build and deliver support and services to our customers.”

She noted that by 2020, millennials will comprise 50 per cent of the workforce and 42 per cent of the global workforce will be mobile. With those shifts in mind, she said Microsoft 365 is built so people can collaborate and work anywhere on any device, in a paperless environment with digital documentation.

Besides the standard email and calendar sharing, collaborative features in Microsoft 365 also include Yammer social networking, the ability to co-author documents through Office 365 Plus, and voice, video and chat via Skype and Microsoft Teams.

Launched about a year ago, Microsoft Teams is viewed as a rival to Slack, a U.S. startup helmed by Canadian Stewart Butterfield. Slack cheekily took out a full-page welcome ad in the New York Times when Microsoft announced Teams in late 2016.

Although Slack chided Microsoft for a lack of open architecture in that ad, Boeger told the Tech Summit audience “we’re committed to delivering world class experiences on Apple and Android platforms as well.”

She said user friendly interfaces like ink, voice and touch are all available in Microsoft 365 for a simpler UX.

Boeger also emphasized how artificial intelligence enhances many processes in Microsoft 365, such as translating meetings from one language into another. AI also generates proactive IT diagnostics, predicting trouble before problems actually crop up and suggesting specific steps to prevent them. In addition, virtual assistant Cortana can automatically book a team meeting by checking the availability of all group members and scheduling it in their calendars.

AI bolsters the solution’s security features as well. For example, Microsoft 365 uses AI to automatically label documents as confidential based on sensitive key words in them. Behaviour-based threat detection is also part of Windows 10 Enterprise within the solution. If the software senses a threat, an automated investigation tracks where and when it originated, affected endpoints and remediation steps that have already been taken.

A dashboard system assigns at-a-glance security scores to various apps and programs, then uses AI to suggest specific actions to improve the scores.

To help SMBs implement Microsoft 365, the company recently launched a new IT Roadmap planning tool and also extended its FastTrack program to include Microsoft 365. FastTrack was originally created three years ago to ease customers’ transition to the cloud.

According to a testimonial presented at the Toronto event, by adopting Microsoft workplace solutions, Rogers Communications has saved $15 million in desktop telephony costs, cut its OPEX per person by 42 per cent and reduced the cost of churn by $500,000. In addition, Rogers now uses video conferencing for 70 per cent of its meetings since switching to Microsoft products.

Cloud was the other main focus at Wednesday’s conference, with particular attention paid to hybrid.

“We think hybrid is here to stay. Other vendors will think of hybrid as a stepping stone. We think of it as strategic,” said Arpan Shah, GM of cloud platform for Microsoft Azure.

Shah elaborated on the importance of hybrid cloud with reporters after his presentation.

“Based on the current reality of where customers are today, there’s a lot of on-prem data and mission critical applications. (Hybrid) is also where we see the market going. A million devices will connect to the Internet per hour by 2020. That’s a hybrid state as well, with edge devices, mobile apps, IoT devices. So hybrid is also a future state.”

To cater to hybrid customers, Azure Stack acts like “an extension of Azure,” Shah said, by giving them many cloud functions without going fully cloud-based, allowing them to meet regulatory requirements, and modeling applications on-premise.

Just as Boeger did with Microsoft 365, Shah highlighted AI and security within Azure cloud services overall.

A demo of Azure’s chatbot app showed how it can interact with B2C customers in various languages, detect their emotions using facial recognition and respond to them with answers tailored to that emotion. If a customer’s face looks angry, for example, the chatbot can use language to calm them or transfer the chat to a human agent.

Instead of requiring customers to type their questions and answers, the chatbot can provide them with on-screen icons so they can select options just by clicking on them. It also predicts the likelihood of losing a customer during a live chat and suggests ways to keep them from leaving.

As for security, Shah detailed how AI and automation allow users to detect and track the path of threats on a dashboard. Similar to Microsoft 365, Azure uses a scoring system to rate the severity of security alerts and recommends specific action to respond to a breach almost immediately.

In September, Microsoft introduced the Azure Cost Management tool so customers can track and manage their cloud spend.

Christine Wonghttp://www.itbusiness.ca
Christine Wong has been an on-air reporter for a national daily show on Rogers TV and at High Tech TV, a weekly news magazine on CTV's Ottawa affiliate. She was also an associate producer at Report On Business Television (now called BNN) and CBC's The Hour With George Stroumboulopoulos. As an associate producer at Slice TV, she helped launch two national daily talk shows, The Mom Show and Three Takes. Recently, she was a Staff Writer at ITBusiness.ca and is now a freelance contributor.
Previous articleAI won’t lead to ‘jobpacalypse’ overnight, panel agrees
Next articleHashtag Trending – U.S. votes on net neutrality, Google’s year in search, Apple no longer an innovator?