The federal government is putting more money into cybersecurity.

Public Safety Minister Vic Toews said Wednesday Ottawa will spend $155million over the next five years through the Canadian Cyber IncidentResponse Centre, up from the $90 million over five years promised in2010. The feds also continue to commit $18 million per yearspecifically to battling threats targeting federal government ITnetworks.

A “denial of service” attack disabled the parliamentary Web siteearlier this year, according to our source article from the MontrealGazette. And hackers from China cracked into networks atTreasury Boardand Finance in 2011. 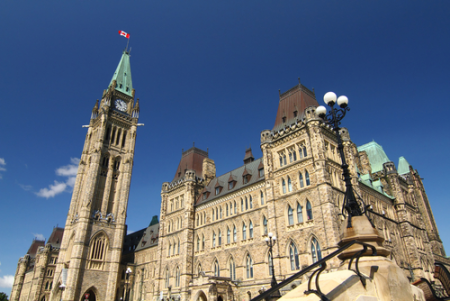 Suspicioustiming? The auditor-general will release a report on federal spending soon, with a special emphasis on cybersecurity. (Photo: Shutterstock)

Experts quoted in the Gazettesuggested today’s funding announcementmay be the government’s way of trying to head off criticism in nextweek’s auditor-general’s report into federal spending, which willreportedly devote an entire section to how well Ottawa works with otherpublic and private stakeholders to protect key IT infrastructureagainst cyber attacks.

Christine Wonghttp://www.itbusiness.ca
Christine Wong has been an on-air reporter for a national daily show on Rogers TV and at High Tech TV, a weekly news magazine on CTV's Ottawa affiliate. She was also an associate producer at Report On Business Television (now called BNN) and CBC's The Hour With George Stroumboulopoulos. As an associate producer at Slice TV, she helped launch two national daily talk shows, The Mom Show and Three Takes. Recently, she was a Staff Writer at ITBusiness.ca and is now a freelance contributor.
Previous articleNissan to bring ‘robot’ controlled cars to market within 12 months
Next articleCanadian universities hit by worst research funding slump in 10 years