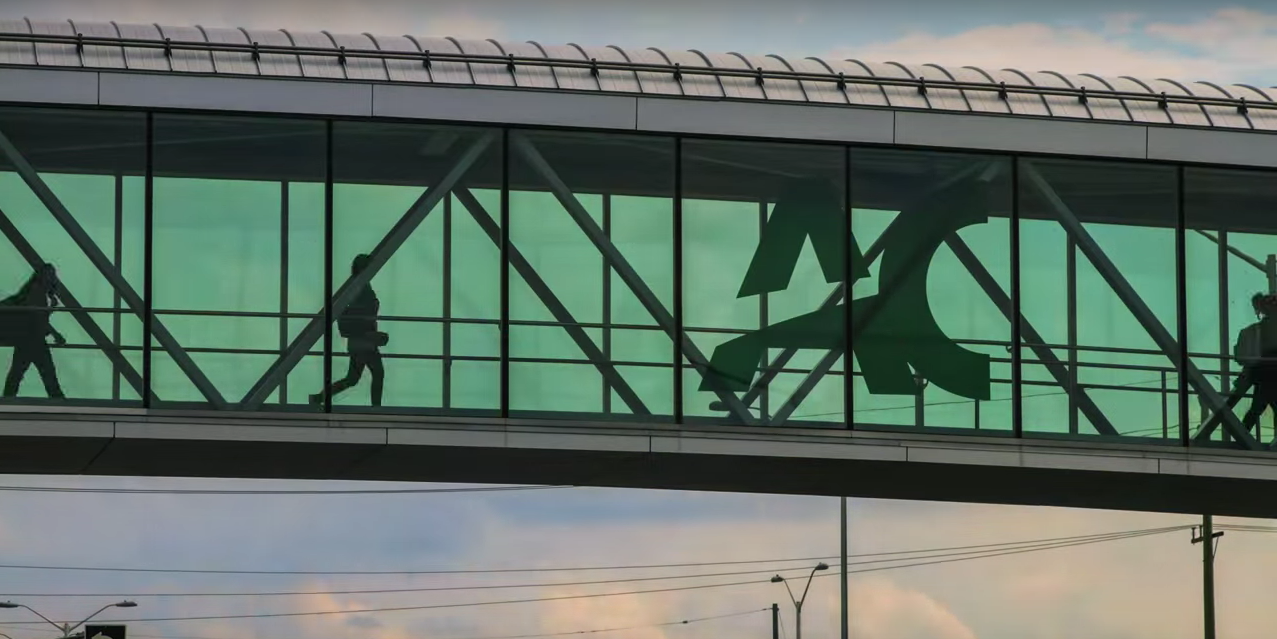 Pushing the adoption of software that requires a new way of doing things across an entire organization can be a Sisyphean task for a leader – just ask Doug Wotherspoon, the vice-president of international and strategic priorities at Algonquin College.

Not only did he pursue such a project without help from IT, but he funded it on the back of a grant that had never before been awarded to higher education.

“I feel like Sisyphus pushing the boulder up the hill and it’s rolled me over a couple of times,” he says. At Salesforce.com’s Dreamforce conference in San Francisco, Wotherspoon described his unique path to adopting several aspects of the cloud software vendor’s platform, and some of the return he’s seen on that investment.

It started in 2012 when Wotherspoon realized his organization – and all colleges and universities in general – were going to have to become more efficient. Riding a high on the back of the millennial generation going through post-secondary education, the sector is now seeing a demographic shift that’s not in its favour. The 17-25 target market is going to decline in Canada, meaning fewer students having their pick of the best programs colleges and universities have to offer. Recent cuts to government funding haven’t helped the situation.

Wotherspoon’s group is helping to maintain growth despite that trend, in part by opening international campuses in Saudi Arabia and Kuwait, but he realized more needed to be done. He ended up starting down a road with Salesforce that would transform an entire department, with the CRM team metamorphosing into the international automation and process improvement team.

It’s exactly the sort of team that Rob Acker, CEO of Salesforce.org – the non-profit-focused wing of the vendor – looks for when starting a project with a new client college or university. Across North America, these schools face the challenge of stranded data silos.

It was 2012 when Wotherspoon sat down and looked at his approved budget for the year ahead. He remembers his reaction clearly.

“I’m not going to get any new people,” he said. “So if I can get the technology platform I can reorganize and rethink.”

Breaking the mould with a fresh start

When Wotherspoon implemented Salesforce at Algonquin College, he made a point of not customizing the software to fit the team’s existing process. Rather, he had his team adopt the process already baked into the system. Perhaps it was because he didn’t have the budget to spend on customizing, or the IT team support to do it, but the result was the adoption of a business-to-business model. Including the use of lead scoring by the sales team.

More than 47,000 prospective students express interest in attending Algonquin College every year, and there’s no way to call all of them, he says. So the college started arming its recruiters with iPads to take to their presentations. Whereas before the recruiters would collect paper forms and input it to a system later, now they were storing information directly through a web dashboard that gets saved into Salesforce. They went from an average of 0.4 presentations per day to 1.7 presentations per day, thanks to the time saved from having to log paperwork. The college now has more leads pouring in from the same number of recruiters as a result.

Related
In two decades, not one database crash

“It’s not the technology that will solve your problems,” Wotherspoon says. “It’s a combination of reworking your processes, training your people, and then implementing technologies.”

Segmenting student prospects and collecting data on their performance over time could lead to predicting which type of students are likely to drop out in first year vs. which types will stay at college until graduation, for example.

Adopting Salesforce’s cloud software also helped Wotherspoon’s team avoid upgrade cycles, in addition to reducing paperwork. The team saved so much money it was able to expand its size with the same budget, he says.

“You need to empower the business units to configure their own systems,” Wotherspoon says. “When the big issues like architecture come up, then you call IT.”

A new way to engage students

In 2013, Wotherspoon partnered with 25 other universities which together formed the Unity Group. Algonquin College was the only Canadian participant in the group and the group was aiming to win a Salesforce Force For Change grant, a $2 million fund that is awarded annually to not-for-profit organizations. A higher education group had never won before, but after surviving the screening process and a trip to San Francisco to present at Salesforce’s headquarters, the group became the first – and its product is now offered as a digital community platform that any higher education institute can adopt.

That gave Wotherspoon $200,000 to further push out the Salesforce platform, an investment he put into the Community Cloud. The software, a Facebook-style approach to managing intranet content, was used first to establish an improved portal for staff, then to create a student community for Algonquin College.

“My AC” is a portal that invites students to fill out their profiles even before they set foot on campus for the first time. They can use Chatter to ask questions of faculty and support staff, and receive recommendations of what clubs and societies they might consider joining based on their interests.

“You used to have to go to the website and get a list of clubs and societies,” Wotherspoon says. “Now it comes to you, you don’t have to go and search for it.”

Not only did the project push information to student’s fingertips, it served as the unifying system of record for the college’s interactions with students. Now Algonquin could interact with their students in a way that made sense as they moved through their experience with the college – from applicant to acceptance, from freshman to graduate and alumni.

“Build your systems for students and you will automatically get the engagement,” Acker says. “Building one system of record allows you to start building your customer journeys.”

Salesforce.org sells the vendor’s services at an 80 per cent discount to non-profits. It’s a part of the philanthropy model that Salesforce co-founder and CEO Marc Benioff has made a point of talking about in many keynote speeches, including annually at Dreamforce and most recently in a webcast about the company’s product plans for 2016 watched by more than 25,000 simultaneous viewers.

“I don’t know why more institutions haven’t figured out Salesforce,” he says. “You have to do everything in your power to convince your IT department this is of value.”

Even he wasn’t able to do that, instead building his own team to implement the cloud software. No wonder that in this case, that cloud sometimes felt like a boulder.