“Are you happy?” may seem a curious question to pose to an information worker today.

“Happy! Yeah right. I’m just glad I still have a job,” is a likely retort.

But experts on workplace issues caution that today’s spiralling employee dissatisfaction shouldn’t be glossed over. If not addressed soon, it can have serious repurcussions on overall morale and productivity, they say.

Top tips to energize and motivate burned out employees

“And make no mistake: unhappy employees are unhealthy employees – psychologically, emotionally, and sometimes even physically. Their unhappiness infects everything they do. And it certainly prevents them from working at top capacity.”

A prolific author and speaker, Anderson has written 10 books on peak performance, and conducted scores of workshops in more than 13 countries.

His insights are timely.

Several studies indicate reveals that over the past year workplace dissatisfaction in North America has reached alarming levels.

Stress levels across Canada in 2009 were about 30 per cent higher than they were a year earlier, according to the Canadian Mental Health Association (CMHA).

A third of the 1,062 people surveyed said they were more stressed than a year ago.  “They’re anxious, worried about their jobs,” the Desjardins release said. 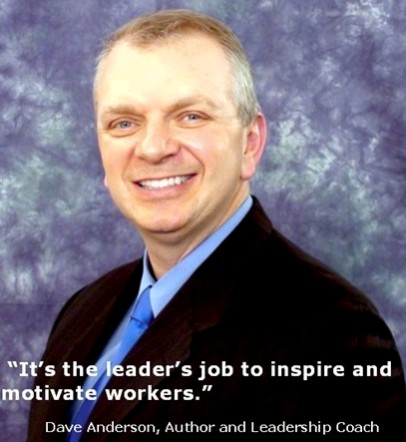 And this anxiety appears to be eroding their physical health and well being.

About 30 per cent of employees across Canada are losing sleep, and/or suffering from headaches, muscle aches and other physical tension-symptoms which often precede more serious problems, the Desjardins study noted.

Employees identified concerns about money, workload and job security as the most stressful aspects of their lives associated with their employment.

“Clearly, many employees have lost confidence and this is showing up in all kinds of ways that could lead to more serious mental health problems down the road,” said Taylor Alexander, CEO of the CMHA’s National office in a statement.

The CMHA is calling on all employers, in both the public and private sectors, to broaden access to and funding for mental health programs in the workplace.

As many as 32 per cent of workers in Canada report low co-worker support, according to a 2009 Health Canada study (Environmental Scan on Workplace Health in Canada).

This lack of support, the report suggests, is increasing the risk of physical problems such as “higher blood pressure.” The study concludes that “access to support is the most significant empowerment factor related to job satisfaction.”

Among IT workers the problem seems particularly acute.

The latest survey by the Corporate Executive Board, a Washington-based advisory firm, shows the willingness of IT workers to “exert high levels of discretionary effort” has plummeted to its lowest levels since the survey was launched a decade ago.

The survey uncovered sharply declining motivation among IT employees to put in extra hours to solve a problem, make suggestions for improving processes, and generally seek to play a key role in an organization.

“In 2007, about 12 per cent of the IT employees fit in category of ‘highly engaged’ workers, but that has since fallen to four per cent.”

While several factors fuel employee dissatisfaction and apathy, Anderson believes the root cause is more insidious: poor leadership. “I think when you peel back the onion leadership failure – more than external factors – is at the core of this problem.”

He said the recession has caused many corporate leaders to adopt attitudes and behaviours that erode employee morale.

“For instance, some of them have disengaged from their staff, focusing on the numbers rather than people. I call it spending more time with paper work than people work.”

Cutting down on staff training, he said, is another common, yet unproductive way of responding to a tougher environment. “Training motivates your people, who always want to feel they’re growing. Take that away from them and you’ve got a bunch of very dissatisfied employees on your hands.”

Disengagement and passivity are other destructive coping mechanisms some managers have adopted, Anderson said.

“They’ve simply stopped leading. They’ve become isolated, out of touch — spending a lot of time in their offices, with worried looks on their faces, instead of out there with their people.”

He said especially in times of uncertainty people respond well to strong leadership. “They’re clamouring for a sense of direction, and when they don’t get that from their managers they mentally check out of their jobs and just go through the motions.”

At the other end of the spectrum, micromanagement is another destructive practice.

Some experts say this is a common error committed by managers whose teams are measured and compensated based on set targets – such as sales professionals.

Anderson who has trained sales teams in Canada and elsewhere says micromanagement usually stems from fear. “Managers are petrified of not meeting targets, so they micromanage — they play not to lose instead of playing to win.”

But when managers start nitpicking and breathing down people’s backs, he said, it can be terribly demoralizing, especially for top performers.

“These people are motivated by latitude and discretion. They want to be able to make decisions and to be able to solve problems when they see them.

And it’s also counterproductive for the organization as a whole, Anderson noted. “In tougher times you’ve got to be able to move faster, to be able to turn on a dime. If you micromanage – believing that every decision has to come through you and you have to have every idea – quite frankly you’re slowing your organization down.”

As fear is at the root of micromanagement, the antidote he said, is a complete mindset change. “Leaders have to notice opportunities, rather than just stumbling blocks – create an atmosphere of anticipation, rather than dread.”

So what may leaders to get themselves and their teams of this cycle of fear, uncertainty, doubt – and unhappiness?

What steps should they take to put the spring back into employees’ steps, and the shine in their eyes? How may they get their people excited about their firm’s core values that are often forgotten in tough times — and create a common, compelling strategy for pursuing them?

Anderson suggests four specific steps leaders may take immediately to achieve all of the above.

Celebrate singles — This baseball analogy, the success coach says, is particularly apt to describe what leadership should look like during a downturn.
“Usually during the good times there are a lot of home runs — major breakthroughs that people celebrate and feel good about. But during a downturn, often there’s a fairly long wait before the big sale, or the big month, or the big celebration. And slowly and insidiously lethargy and indifference starts to creep into the team.”

He said it’s up to the leader to keep employees enthused and motivated – and one great way of doing this is celebrating singles. “So look for smaller things to celebrate, and pat people on the back for.  Don’t wait for the big hit. Notice the little things people are doing right and let them hear about it immediately. That starts to shift the culture. It starts to give it hope, to wake it up.”

He said this attitude is contagious. “If my boss is constantly reinforcing me, I’m more likely to reinforce the person next to me. Reinforced people, reinforce other people – it’s a chain reaction that starts with the leader.”

Give people more latitude — This is the opposite of micromanaging, Anderson notes. “During a downturn, not only should you resist the temptation to micromanage, but take it a step further. Because there’s less scope for error, you need to move faster, to seize opportunities and cut losses. A fabulous way of accomplishing this is by finding ways to increase your team members’ latitude and discretion, especially if they are top performers. This motivates them and gives them a sense of ownership.”

Define the vision — Vision sometimes gets muddled during a downturn, Anderson said. “It’s hard for employees to aggressively pursue goals, when they’ve lost sight of the finish line, don’t understand what it’s about any more or why it’s important.”

He said it’s leader’s responsibility to define or redefine the vision for their team, or the company in challenging times. “And you’ve probably got to do it in shorter term increments.”

Set short-term goals — There’s a broad consensus among business consultants that longer term goals are less relevant during a period of uncertainty, because it’s difficult to predict economic trends and how they will affect your business.

“Long term objectives may take the pressure off of doing anything today. We need something to happen today, now – especially in these times when momentum is the name of the game.”

He said chunking things down into daily goals actually gives people a sense of accomplishment and makes them feel more in control of their destiny – one day at a time.

“It gives them targets that are within reach. They don’t focus on not what they’re going to do a quarter from now — but today: ‘how many phone calls can we make, how many appointments can we set.’

“You set the goals, but don’t every step of the process by which your team achieves them. How they get there is up to them, as long as they work within our values.”

But while employees, especially the productive ones, should be give latitude to try new things, there are some things that the leader can’t delegate.

“Defining direction is one of them,” said Anderson. “The leader should never apologize for letting people know exactly what he or she expects and when.

But then let people use their own creativity. And let’s not breathe down their necks as they try to get there.”

With files from Patrick Thibodeau, Computerworld.com