Two African children totter around a desert landscape, next to a straw hut and a herd of goats. An Inuit toddler runs across the frozen tundra near a canvas tent and smiles widely, a baby crawls through the long grass of a rural farmer’s field.

“Imagine,” a baritone announcer’s voice tells us. “These kids won’t have to remember passwords. Or obsess about security. For them every screen is meant to be touched.”

The first commercial for Windows 10 hit Youtube on Sunday and it’s already been watched nearly 150,000 times. It’s packed full of cute babies, uplifting soft guitar music, and a hopeful message for the future. How it’s received by the masses could impact the way people feel about Windows 10 and its release to market at the end of the month. As a free product for those already using Windows 7 and up, Microsoft may not be budgeting quite as much as it has for past ad campaigns. (Remember when Jerry Seinfeld and Bill Gates co-starred in some Microsoft ads in 2008?)

But attracting users to the new platform is still important for the company as it transitions to the eternal OS that works across various device form factors.

So is the baby-packed, minute-long clip a surefire way to win the hearts of computer users everywhere? Or does it come off as an inauthentic and confusing clip that’s soon to be forgotten? We asked four advertising experts in agencies familiar with video commercials to give us their reviews. The results were mixed. Here they are, ordered from most negative to most positive review: 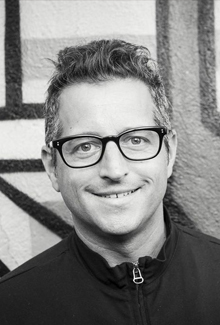 Having spent time working on Microsoft ads in 1999 when working at Publicis, Toronto-based agency executive Wolch thinks a lot of Microsoft’s brand. But not so much about this newest commercial effort.

“It’s one of the greatest brands in the world,” he says in a phone interview. “This ad just doesn’t cut the mustard.”

A father of two himself, Wolch says that children in advertisements are generally loved. But he makes efforts to limit his children’s use of electronics, and he is skeptical of brands that use children in their advertising that use products that adults are going to buy.

“It’s a long walk through the desert for a thimble of water,” he says. “It’s emotional blackmail. That’s they style of advertising it is.”

There’s a lack of a connection between the product and the concept, Wolch says. The message just doesn’t jibe with him.

“The future doesn’t start with a child on a computer,” he says. “I believe it starts with a child being able to investigate their imagination.”

Moran emailed us his review, based on his experience with advertising clients at his creative services agency (now based in South Africa):

“It’s a cute ad with a some degree of integrity between the endearing imagery of wee toddlers playing around and the messaging that Windows 10 will make using computers intuitive and natural. So from that perspective, it works.

The contrarian in me, though, wants to say that many of these kids — or, at least, kids from the socio-geographic populations so carefully and diversely depicted — won’t grow up with computers at all, let alone Windows 10, a sentiment that has me seeing the ad more as trite than effective.

And speaking of trite, how many times have technology companies used the line, ‘The future starts now?’

Bottom line: The toddlers will make people go, ‘awww’ but the ad is unlikely to make people think that Windows 10 is anything new or different.” 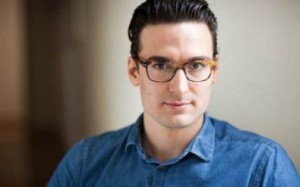 The ad delivers on the brand proposition of offering users “A more human way to do.” The music, warm images and use of beautiful, diverse children all underscore the message. The danger, if there is one, is that the spot could seem too generic. The spot starts to solve this problem at the end; hopefully they are planning to do ads that also provide specific consumer benefits while maintaining this thematic approach.

Marcus emailed us his review, having reviewed many video ads as part of his job at New York-based ad exchange platform Cattatix:

“Microsoft’s new campaign is utterly brilliant. Right now Apple has Millennials on such a firm lock that Microsoft has been forced to direct their efforts toward a new, untapped market; and what market gets less attention than Generation Z? Why not raise the next generation with Windows? What a great idea. 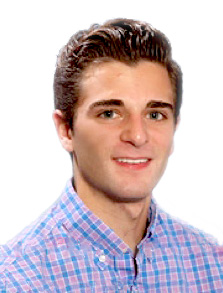 If all goes according to Microsoft’s plan, the demise of Apple’s reign is inevitable (which seems so unrealistic right now, right?). Eventually, once millennials pass their buying power down to their predecessors, their devotion to Apple will become outdated. So, if the next generation of young people prefers Microsoft, Apple is put in a tough position: something they are NOT good at (because they’ve never had to be).

I’m very impressed with Microsoft’s efforts; and relieved to see them take a more indirect approach to conquering Apple. Instead of trying to take
away Apple’s customers, it’s much more productive for them to establish their own customers from scratch.”

Brian Jacksonhttp://www.itbusiness.ca
Editorial director of IT World Canada. Covering technology as it applies to business users. Multiple COPA award winner and now judge. Paddles a canoe as much as possible.
Previous articleWix and Facebook partner on ad creation tool for marketers
Next articleToronto Pan Am Games app roundup: The good, the bad and the ugly