The Mint’s alternative to Bitcoin is back after private acquisition 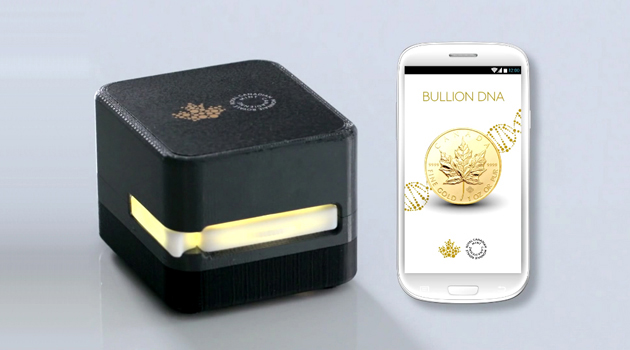 A digital currency developed by The Royal Canadian Mint has been acquired by a Toronto-based loyalty platform and will be returning to the market, according to an announcement made on Tuesday.

Loyalty Pays Holdings Corp., a subsidiary of NanoPay, acquired MintChip and all of its assets for an undisclosed amount. MintChip was halted as a project by the Mint on April 4, 2014, and put up for sale. The project was first unveiled in 2012 as a way for Canadians to represent the Canadian dollar in a digital form – usually on smartphone – and enable peer-to-peer style transactions similar to crypto-currencies such as Bitcoin.

NanoPay won the right to acquire MintChip after a competitive process that saw 10 different parties involved in the first round, says Laurence Cook, CEO of NanoPay. After three rounds of competing bids and nine months in the exclusive period, the Mint accepted NanoPay’s proposal. Cook sees MintChip as a superior alternative to Bitcoin.

“Although the transactions are peer-to-peer, as they would be in Bitcoin, they are much lighter and much faster,” he says. “The heritage of Bitcoin is countercultural and anti-central bank, and the history of this is regulator friendly.”

Just as MintChip was originally designed as a digital delivery vehicle for the Canadian currency, NanoPay will continue to focus on using MintChip to represent fiat currencies (those issued by a central bank.) The technology could also be used to represent loyalty points such as Air Miles, Cook says, as the digital platform can be designed to hold any currency.

MintChip uses secure asset stores, which act like a sort of digital envelope, to hold a value that is linked to an originator. Originators must have an equivalent amount of money stored in an asset manager in order to create the digital currency, Cook says.

While NanoPay’s loyalty offering and MintChip are seen as complementary by the company, Cook says, the products will be offered as standalone.

The advantages for businesses are the prospect of eliminating all the overhead related to dealing with cash. Expenses on handling cash, transporting it to banks, paying service fees, and otherwise could be reduced. Even theft of cash would be prevented by the digital solution.

“Our mandate is to replace cash,” Cook says. “The cost of doing a MintChip transaction is going to be a fixed price and much lower fixed price.”

MintChip told ITBusiness.ca it wouldn’t offer comment on the news until after it was released (this morning), but in a press release, Bob Zintel, senior director of finance at the Mint, describes commercialization in the private sector as the natural next step for MintChip.

In 2012, MintChip formed a partnership with France-based payment solutions provider Ingenico S.A. to build a wireless

point-of-sales terminal so merchants could accept MintChip purchases in-store. Cook says Ingenico remains involved as a partner. Ingenico says it is the market leader of POS terminals in Canada following the completion of a substantial order of Moneris terminals in 2014.

On the consumer side, interaction with MintChip will come in the form of an app. Expect to see it available on iOS and Android first, Cook says, with BlackBerry and Windows Phone to come later.

NanoPay will also be releasing the code for open development around MintChip, and it will be publishing APIs to encourage third-party developers to make apps with it.