In the era of constant video recording by smartphone users, the founders of Kapture hope to shift that same mentality to audio recording. The wearable recording device is designed to ‘Kapture’ a specific moment in a conversation. The device records in 60-second loops, and once the user hears something they wish to save, they tap the wristband to save the previous 60 seconds of audio. 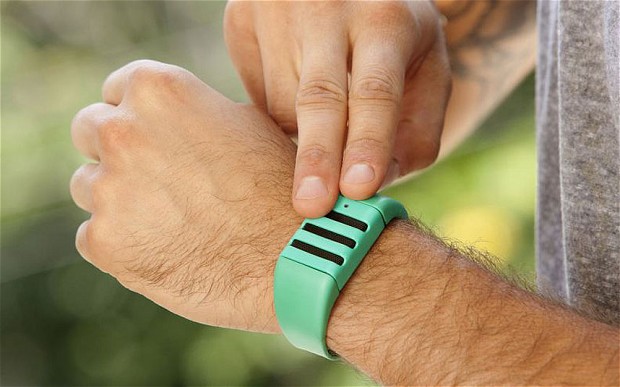 It features a Bluetooth connection that allows audio clips to be transferred directly to a smartphone, as well as the ability to pick up sound within a five-foot radius. “The design is geared towards a younger, tech-savvy demo[graphic] that cares about individuality,” says co-founder Mathew Dooley. “There are no screens or buttons to cramp their style. The design is iconic: noticeable, yet subtle.”

Since Kapture is a device that is technically recording at all times, there is an aspect of personal privacy to be considered. There is potential for people to begin censoring themselves around the device, or feel as though they are being surveilled. Dooley responds to this issue by emphasizing that Kapture is tap-activated.

“There’s a human element in triggering a saved 60-second clip. It’d be different story if the device was recording 24/7 and auto-downloading to the cloud,” Dooley says. “It’s important that the user is tuned into the world around them, which is required for them to notice something worth saving.”

While Kapture might just seem like a way to hold a friend to a silly bet, it’s designed to be functional in a professional environment as well. Dooley outlines some of the possible uses:

“Important snippets from a meeting, an unexpected compliment from a boss or co-worker, harnessing a wild flow of ideas within a brainstorm session [or] a salesperson out in the field listening to customers and sharing back with the marketing team.”

Jackie Atkins
Jackie Atkins is a competitive alpine skier, student and aspiring writer who primarily contributes stories about the intersection between technology and sports to ITBusiness.ca.
Previous articleThe Mint’s alternative to Bitcoin is back after private acquisition
Next articleInnovation ‘activator’ Craig Haney moves from Canadian Tire to Communitech