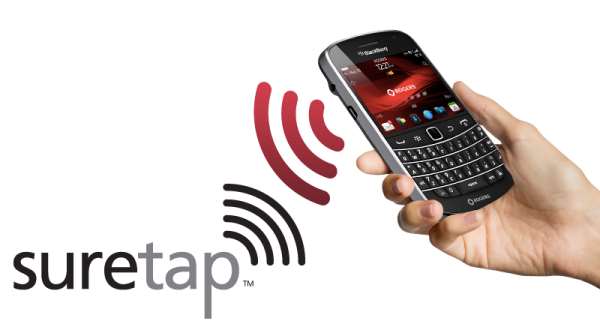 Suretap, one of the virtual wallets of choice for the country’s major mobile carriers, is beefing up its payment options for consumers with a new prepaid MasterCard option.

“We want Suretap to meet the digital payment choices of all Canadians,” said Jeppe Dorff, president of Suretap, in a statement. “We are freeing consumers from the binds of having to keep track of where their wallet — now there’s no need to carry your wallet to the gym anymore.”

The Suretap-branded MasterCard is a re-loadable digital card — which means no physical card is required to make those everyday purchases. And according to Suretap, the card’s fee structure rivals that of most debit cards.

“The use of prepaid cards is growing in Canada and worldwide, and now it’s part of the Suretap wallet,” said Dorff. “It’s time that Canadian consumers get access to their funds in real time, irrespective of where they are and what they do.”

Although Rogers initially developed the mobile wallet system to target tech-savvy consumers on the go, Suretap is now supported by most of Canada’s major wireless carriers (i.e. Bell, Telus, Koodo and Virgin Mobile). To use the Suretap wallet, users need an NFC-enabled smartphone. For purchases, users simply tap their mobile device against a payment terminal at the till of any participating retailer. The system also recognizes barcodes and QR codes for its supported gift cards.

The new credit card offers yet another way for consumers to leave their bulky wallets at home and for retailers to engage customers with a quicker, more convenient payment method.

Since its initial launch in June 2015, Suretap’s compatible credit card count has climbed to 38, with another 30 gift card options for virtual wallet users. And according to Suretap, consumers hungry for even more payment choices can expect a variety of debit cards, loyalty cards (no more digging for those Shoppers Optimum cards) and a smattering of digital coupons.

Lindsey Peacockhttp://lindseypeacock.com
Lindsey Peacock is a freelance writer, editor and American expat based in Toronto. This proud Atlanta native has written for a variety of news and business publications across North America, including Business in Vancouver, BCBusiness magazine, Fort McMurray Today and The Atlanta Journal-Constitution. Blogging, sweet tea and black-and-white movies are a few of her favourite things.
Previous article
Shopify wants to bring Twitter’s ‘buy now’ button to Canada
Next article
Luxury ecommerce service BigAppleBuddy brings new tech to Canadian consumers