Successful connection with an audience on social media comes in many different flavours. Your brand’s messaging will be impacted by the nature of your industry, your target audience, and external factors too.

From circus performances to live sports to browsing web content, a panel of digital marketers shared their own approaches to social sharing at the Digital Media Summit in Toronto on Wednesday. Here’s some of what they had to say:

Andrew Levine, head of partnerships and communication strategy, StumbleUpon & 5by 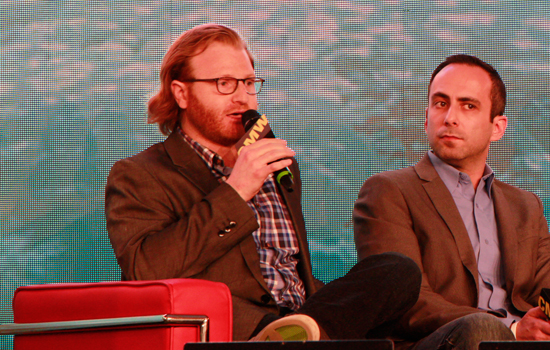 StumbleUpon’s objective is to be known as the best place to discover content on the Internet. In terms of numbers, it wants to drive more traffic to its mobile apps, StumbleUpon.com and other apps that it owns like recent acquisition 5by, a curated video site.

Levine says his audience is mostly millennials and he’s always trying to figure out what they are talking about. “We joke around in the office that we want to be the cooler older siblign that you trust what we say as true and cool,” he says.

StumbleUpon’s system has 150 million unique web pages and it’s always tracking what content is performing best with its own set of metrics. With that data, it can use the hottest content to draw in users in real time and across social channels. Levine says he makes an effort to stay active on the brand’s social channels, showing that he really cares, which is an important factor for his audience of millennials.

But reaching a social audience is becoming more expensive, Levine saysy. He predicts that brands will be re-investing in their own websites and e-mail lists soon.

“It’s a bit of an anti-social strategy, but no one can charge you for sending that e-mail if you own that e-mail list,” he says. 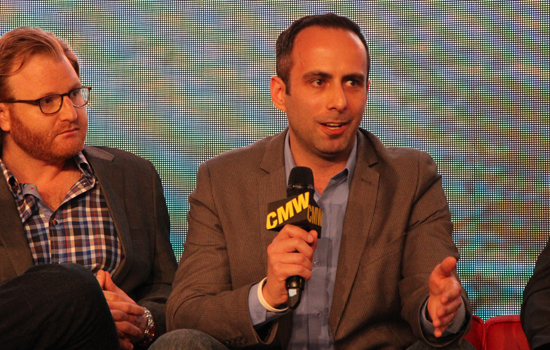 The objective that interests the director of CRM for the company behind some of the world’s most famous high-flying, visually stunning circus acts is actually the same as many show performers: how can he resonate with his audience? Levey says he’s always trying to figure out what content will drive people back to his website and ultimately lead to ticket sales.

Levey always makes sure he starts a campaign with his goals clearly in mind first and helps define those goals with measurable data he can track – beyond just the number of likes or shares received.

“It’s really making sure you understand and learn from these things,” he says. “Don’t be afraid to fail. Failure equals data and the more data you can pull out of it, the better.”

To help him do all that tracking and analysis, Levey uses Adobe Social, Adobe Analytics, and Radian6. That listening software helps him get a handle on the social media conversations happening around 19 different shows on around the world right now, each of which probably have a pretty difficult name to spell.

“We have to listen, even if they’re misspelling us and they’re leaving a great comment, then let’s interject ourselves,” he says. It’s also important to address negative comments and to not let complaints linger. 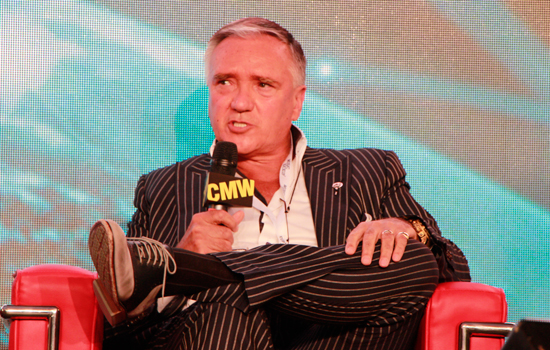 Tribute helps market individual films and manage social media strategy around those films. Stewart says social media played a large part in expanding The Hunger Games from a popular book to a successful-film and overall multi-billion dollar franchise. “Social media can deliver audiences that can engage on a daily basis,” he says.

Studios are constantly trying to build content that an audience will find engaging. Sometimes they even go farther than you might expect, Stewart said, and pondered over whether Jennifer Lawrence’s fall at the Academy Awards might have been staged. Then there’s the old trick of having actors “date” when they’re off the set, an example being Amazing Spiderman 2 stars Andrew Garfield and Emma Stone at the moment.

“You wonder if studios are behind the relationships we see,” he said. “Because it helps to get fans engaged.”

Stewart sees that social media has changed movie marketing because of the powerful influence of word-of-mouth suggestion in the movie industry – people will go to see what their friends go to see. A typical theatre audience now sees 65 per cent of that group impacted by some word of mouth message. A year from now, Stewart predicts social media channels will be used to sell half-price seats at the last minute in empty theatres. 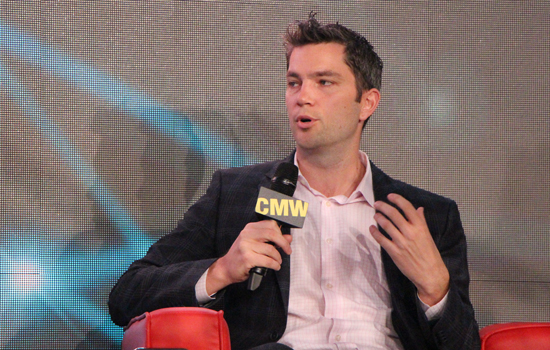 Many of the viral videos seen on Google’s infamous video-sharing site come from creators that have an established subscriber base, Brown shares. Creators like Bethany Mota, a lifestyle video maker that targets young women and girls and has more than 6 million subscribers. Mota has been able to use that base to make deals with brands to be featured in her videos. Some of those brands might wonder why Mota’s videos are so popular to share.

“To put it in crass terms, people share because they themselves want to be seen as a broadcaster of information,” Brown says.

One main metric YouTube uses to help its partners understand their success is watch time. If viewers on average stay with a video for a long time and watch the entire thing, then the other metrics tend to fall into place. Many YouTube partners have a story about the moment they found that tipping point about what resonates with an audience, and that comes in part from paying attention to where people stop watching a video and thinking about how to improve next time. 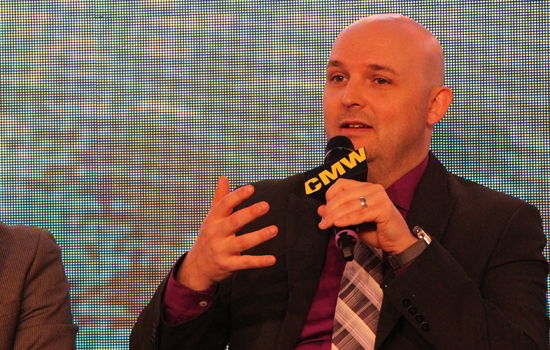 At MLSE, McCauley wants to use social platforms to help fans feel like they are part of the live game no matter where they are. His content strategy is about getting fan as close to the team as possible. A team of about 50 people help market the firm’s major sports brands by literally getting next to the players.

“Get them as close to the players as possible, embed them on the plane, embed them in the dressing room, so they are showing things that the people traditionally covering sports aren’t focusing on,” he says. “There’s nothing more powerful than content in context, we live that every single day.”

Take for example the context of the Toronto Raptors’ one-point heartbreaker of a loss to the Brooklyn Nets on Sunday. It was a moment that showed what’s at the crux of the sports industry – the power of the live event and how fans make connections around those moments.

“People felt that pain,” he says. “You can’t hide from that, you have to embrace it. That’s why people love sports, there’s only that one moment at that one time.”

If the Raptors had sunk that final basket to win the game, McCauley knows he would have seen double the activity on social channels the next day. But that’s another aspect of managing brands driven by live events. There are certain things that will happen that are out of your control that will both hamper engagement and boost engagement. So McCauley focuses on digging into metrics that will help him understand what his strategy is doing to impact the conversation.

“I know if the team did well last year and I compare it to this year and it’s a big difference, that’s an explainable variance. You have to look at whether strategies you put in place are moving the dial,” he says.

McCauley expects to see a simplification of the digital media landscape, where all the fragmented forms of communication are just thought of as “media” and his team’s efforts reflect that. Rather than be dedicated to specific channels, members of the marketing team are dedicated to a sports brand and use all platforms to boost it.

Brian Jacksonhttp://www.itbusiness.ca
Editorial director of IT World Canada. Covering technology as it applies to business users. Multiple COPA award winner and now judge. Paddles a canoe as much as possible.
Previous article
Citrix launches product suite, could be aiming at SMBs
Next article
Citrix Synergy: An announcement roundup