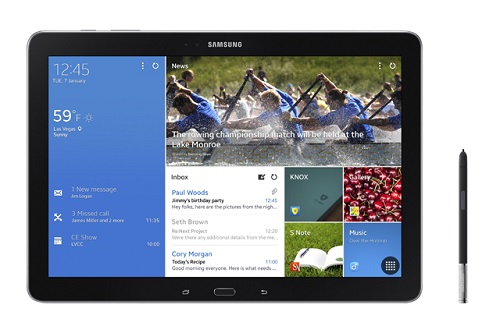 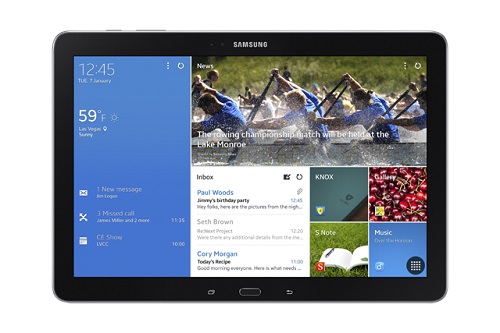 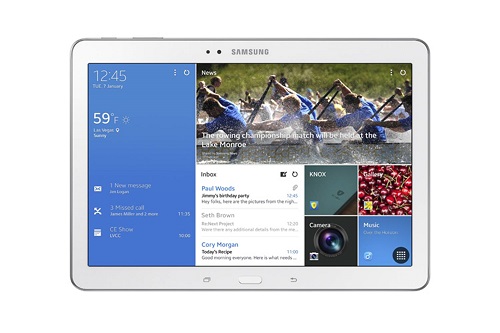 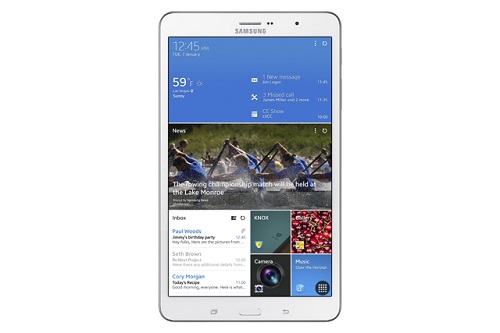 Samsung Electronics Co. Ltd. launched a fleet of four new tablets at CES 2014 today, while introducing two product lines into the mix – the Galaxy NotePro series and the TabPro series.

Touting these new tablets as having the world’s first 12.2 inch WQXGA widescreen display of 16:10, the devices also have a resolution of 2560 x 1600 with over 4 million pixels, making for a very clear, crisp image that works for full HD video.

And if the screen sizes are a little too over-the-top for some users, Samsung also offers the Galaxy TabPro tablets in 10.1 inch and 8.4 inch sizes – more of what we’re used to seeing in the tablet category.

All of the tablets run on Android KitKat 4.4 and come preloaded with many of Samsung’s native apps. For specs on individual devices, head on over here.

Like the Samsung Note smartphones, the device maker seems to be pushing for bigger and bigger screen sizes in its devices. While some might question why they’d want a tablet of this size, the one thing a bigger tablet might do is solve the problem of content creation.

The general consensus on tablets is they’re considered great for content consumption, but not so good for creation, even when users are outfitted with keyboards to make typing easier. To that end, Samsung has added a number of features to its two new tablet lines to make it simpler for users to switch between tasks.

Its two larger tablets – the Galaxy NotePro and the TabPro in its 12.2-inch incarnation – come with a multi-window feature, which allows users to divvy up the screen into up to four quarters. There’s also a built-in virtual keyboard, which Samsung says is spacious enough for comfortable typing, though we’d have to give that a test drive to see how that might work.

It has also developed something it calls the Magazine UX, which was built for bigger screens and based on the sizes of traditional magazines, making it easier to read digital magazines or e-books. The UX also allows users to organize content into a dashboard, which can provide updates in real-time and can also easily access apps.

However, what sets the Galaxy NotePro apart from the TabPro is the S Pen, a slim white stylus that allows users to access features like Pen Window, where they can draw a window of any size on the screen and instantly open YouTube or a calculator inside.

What may also interest business users is the tablets come with the Cisco WebEx Meetings platform, making it possible to video-conference while on the go. And with a feature called Samsung e-Meeting, this is also the first time an Android tablet will allow users to screenshare while video-conferencing, without accessing a central server or network, according to Samsung.

There’s no word as to yet about pricing, but Samsung plans to release these tablets sometime in Q1 of this year.

Candice Sohttp://www.itbusiness.ca
Candice is a graduate of Carleton University and has worked in several newsrooms as a freelance reporter and intern, including the Edmonton Journal, the Ottawa Citizen, the Globe and Mail, and the Windsor Star. Candice is a dog lover and a coffee drinker.
Previous article
HP reveals version 2.0 of the Z workstation
Next article
Android to hit 1 billion users this year, Gartner report says