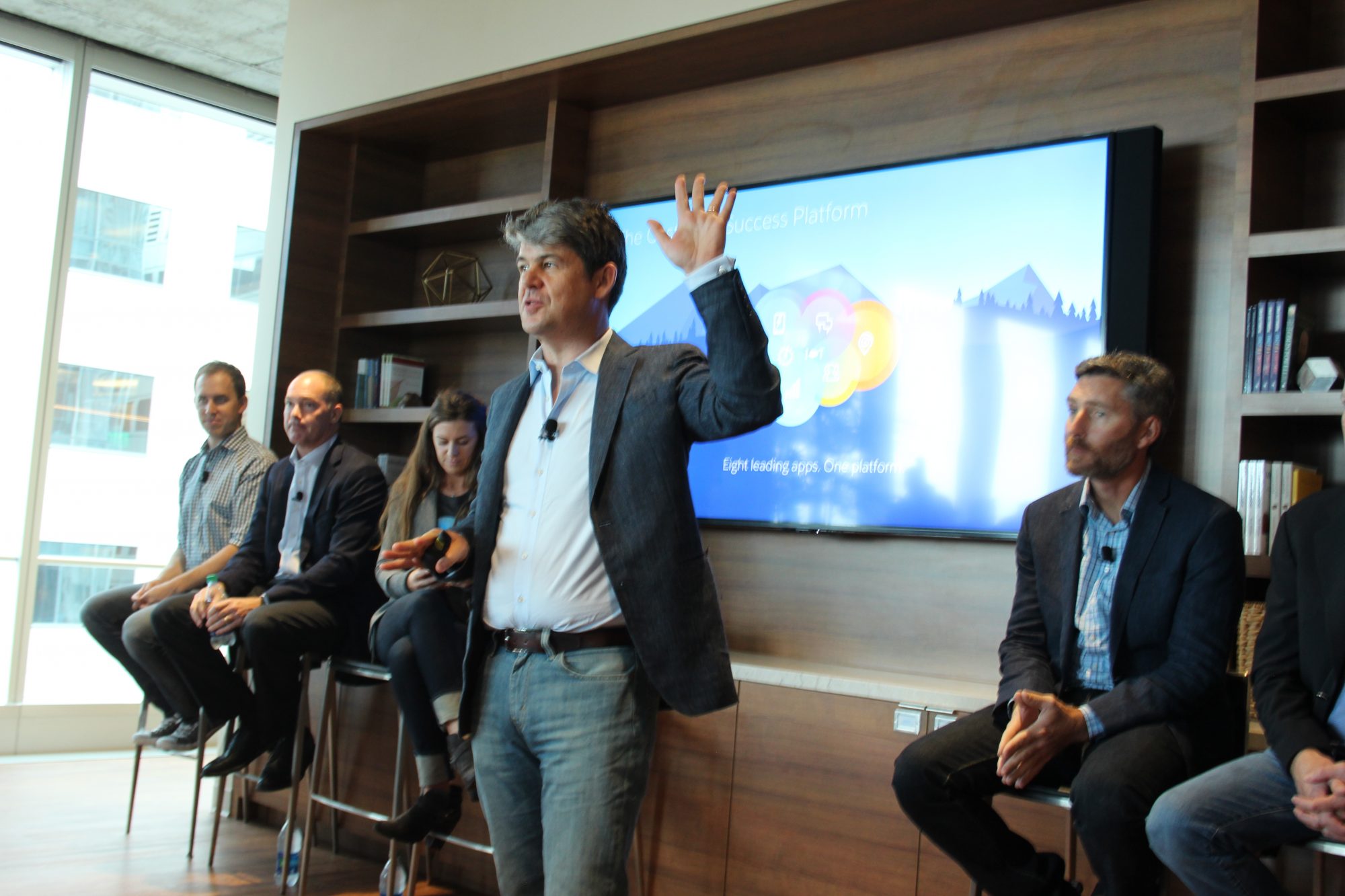 SAN FRANCISCO – Salesforce.com Inc. put two very recent acquisitions front and centre as it opened up its annual Dreamforce conference, deepening its involvement in the e-commerce and online collaboration markets.

Salesforce’s newest cloud package, Commerce Cloud, is based on its June 1 acquisition of Demandware – at $2.8 billion it is the CRM vendor’s biggest buy yet – was first announced Sept. 27. It outlined how Commerce Cloud will help its customers sell products not only via web stores, but through mobile-optimized stores, which it says is primed for growth in consumer spending.

Enabling that mobile purchasing behaviour will be done in part by supporting one-touch checkout with Apple Pay. As Apple opens up its payments platform for uses beyond use on device, Salesforce says it will be among the first e-commerce solutions to support it. The big appeal here for retailers is the opportunity to score a “one-touch checkout” that might help convert more users that would otherwise lose interest when prompted to type in credit card information on a mobile device.

“Mobile is taking a lot of traffic share from laptops and tablets, but not converting well,” says Jeff Barnett, CEO of Salesforce’s new commerce cloud. “Apple Pay will help.”

At first, Apple Pay will work only for shoppers using iPhone or iPad devices and the Safari browser.

DemandWare isn’t the only new Salesforce acquisition being thrust into the spotlight. Quip, a cloud-based productivity suite was acquired Aug. 1 for $750 million by Salesforce. On Tuesday, some new tie-ins between the products were announced.

Quip will now accept a Salesforce sign-on to access its products, so Salesforce customers don’t need to create a new account. Also, a Quip Lightning Component acts as a bridge to create Quip documents from directly within the Salesforce interface. In that same vein, Quip document can now embed dynamic data from Salesforce.

Launching a whole new cloud product and introducing new software integrations so soon after making these acquisitions may seem quick. But as the CEOs of the acquired firms explain, they were both actively developing deep integration into the Salesforce platform before the deals were made.

“We had developed all of these capabilities ahead of being acquired and we were going to launch them at Dreamforce either way,” says Brett Taylor, CEO of Quip.

Same story with Demandware, says Barnett. It has been working with Salesforce for years, connecting to its Sales and Marketing clouds.

“Now new possibilities will open up,” he says. “We have the capability to support the entire customer journey here.”

No secret to the pattern here, says Mike Rosenbaum, general manager of Lightning at Salesforce. Many of Salesforce’s acquisitions were integrated into its cloud platform prior to making a purchase deal. “It speaks to the power of the platform, how quickly we can get these into our customer’s hands,” he says.

Salesforce pushed out a few other updates on the first day of its cloud conference:

Brian Jacksonhttp://www.itbusiness.ca
Editorial director of IT World Canada. Covering technology as it applies to business users. Multiple COPA award winner and now judge. Paddles a canoe as much as possible.
Previous article
Even California’s adult entertainment companies are investing in the blockchain
Next article
Newest Photoshop and Premiere features let you change expressions, turn photos into paintings