Fawn Annan, president and group publisher of ITBusiness.ca’s parent company IT World Canada, has been awarded the Queen Elizabeth II Diamond Jubilee Medal for her contributions to Canada’s technology industry.

Annan was one of 38 medal winners announced today by the CanadianAdvanced Technology Alliance and i-CANADA. IT World Canada also had asecond reason to celebrate as David Jonah, strategic advisor to Annan,was additionally named a winner of one of the special jubilee medals. 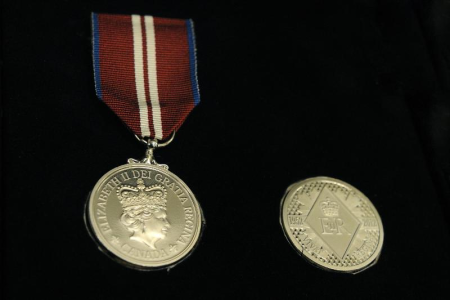 “These leaders were selected because of the impact they made on societyand business from the application of technology. Many have beentechnology innovators as well as catalysts for nationaltransformation,” CATA president John Reid said in a released statement.

Medal winners will be honoured onOct. 21 during a dinner and awardceremony in Montreal at the i-CANADA Summit. “A Canada inConversation,” a multimedia piece of work created by medal winner BengtJorgen fusing dance, music and technology, will have its premiere atthe event. Other honourees include Fredericton mayor Brad Woodside,crowdfunding advocate and Helix Commerce International CEO CindyGordon, and ING Direct CEO Peter Aceto.

Annan was recently named to the new advisory council at Canadian Womenin Technology (CanWIT). She joined IT World Canada in 1995 as generalmanager of executive programs and became publisher of its governmentportfolio in 1997. Annan became chief strategy officer of IT WorldCanada in 2008 and was appointed president and group publisher in 2010,becoming one of only three female presidents within International DataGroup’s (IDG) global publishing network. (IT World Canada is theCanadian affiliate of IDG, which owns or partners with media propertiesin 97 countries.)

Christine Wonghttp://www.itbusiness.ca
Christine Wong has been an on-air reporter for a national daily show on Rogers TV and at High Tech TV, a weekly news magazine on CTV's Ottawa affiliate. She was also an associate producer at Report On Business Television (now called BNN) and CBC's The Hour With George Stroumboulopoulos. As an associate producer at Slice TV, she helped launch two national daily talk shows, The Mom Show and Three Takes. Recently, she was a Staff Writer at ITBusiness.ca and is now a freelance contributor.
Previous articleGlobal IT spending on track to grow six per cent in 2012: IDC
Next articleQuickBooks 2013 includes new mini CRM tool for small businesses