For the first time ever, Intuit has added a CRM feature to the latest version of its QuickBooks accounting software for SMBs.

QuickBooks 2013 features Lead Centre, described by Intuit Canada as a“mini CRM tool” incorporated into the software’s calendar. It helpsusers track sales leads, import existing leads and add associatedtasks. When a lead does become an actual customer, their contactinformation can be moved into the Customer Center with just one click.

Also aimed at small businesses is a new Advanced Inventory feature. Itallows SMBs to track their inventory across multiple locations, serialnumbers or lot numbers and even to specific locations within awarehouse. It’s available as an add-on to QuickBooks 13.0, which isdesigned specifically for growing mid-sized businesses. 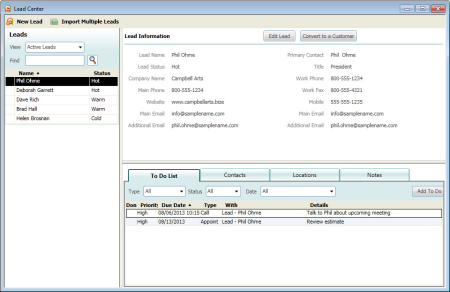 QuickBooks 2013 can be purchased directly from Intuit Canada on Sept.24 by calling 1-888-829-8589 or visiting quickbooks.ca.QuickBooks Pro for newer and existing small businesses will sell foraround $229.99 and QuickBooks Premier for established and growing smallbusinesses will cost approximately $499.99. The Pro and Premierversions will be on sale starting Oct. 7 at retailers such as Walmart,Best Buy and Future Shop.

Christine Wonghttp://www.itbusiness.ca
Christine Wong has been an on-air reporter for a national daily show on Rogers TV and at High Tech TV, a weekly news magazine on CTV's Ottawa affiliate. She was also an associate producer at Report On Business Television (now called BNN) and CBC's The Hour With George Stroumboulopoulos. As an associate producer at Slice TV, she helped launch two national daily talk shows, The Mom Show and Three Takes. Recently, she was a Staff Writer at ITBusiness.ca and is now a freelance contributor.
Previous articleIT World Canada’s Annan, Jonah among 38 Diamond Jubilee medal winners
Next article500 Startups’ Paul Singh: How to avoid death by ‘creative suicide’