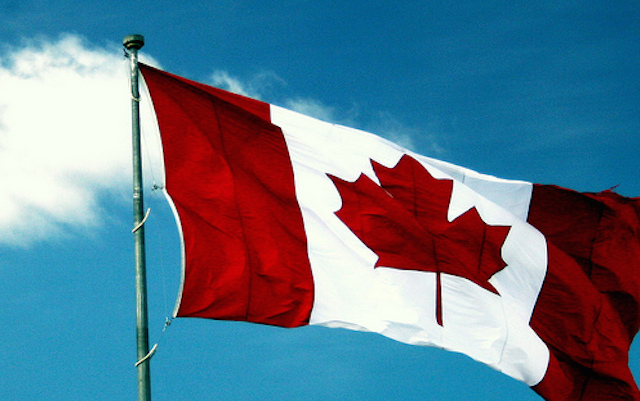 The sector will likely grow by 2.4 per cent next year, said Thomas Dyer, director of IDC Canada’s measurement and forecasting practice. That’s a downward revision from the 3.4 per cent growth IDC predicted for 2016 at the beginning of this year, Dyer said.

Turning to the Canadian smartphone market, IDC Canada expects sales of the devices to decline by 7.5 per cent next year. That’s the first time IDC Canada has ever issued a negative growth forecast for smartphones since it began tracking them, Dyer said.

Despite those areas of weakness, IDC Canada sees upticks for next year in hybrid cloud, analytics, collaborative software and cognitive computing.

When it comes to cloud adoption in particular, “Canadian enterprises are finally getting it,” said Tony Olvet, group vice-president of research at IDC Canada.

Spending on hybrid cloud will surpass $1 billion in 2016 and become “the dominant model in Canadian enterprise in two to three years,” Olvet said.

Although Canadian organizations are adopting the hybrid cloud model to enable analytics, mobile and the Internet of Things (IoT), they also favour hybrid because it’s an easier way to integrate newer technologies with their legacy core systems, he said.

Here’s a breakdown of other highlights from IDC Canada’s predictions for the year ahead.

“Canadian companies outside the technology sector … are going to launch their own connected products and solutions,” Olvet said. “All of these need to connect back to their owners. That requires developers.”

In terms of IoT app development, however, “(Canada’s) maturity lags” behind the rest of the world, he added.

“The majority of Canadian enterprises are in that ad hoc or opportunistic phase” of early IoT adoption and development right now, Olvet said.

Although wearable technology has garnered most of the attention surrounding IoT, Canadian enterprises should recognize that non-wearable applications – used in everything from cars to thermostats – hold significant potential in the IoT market, said Emily Taylor, senior consumer and mobile analyst at IDC Canada.

“Cognitive is the buzzword for 2016,” declared Lars Goransson, group vice-president and general manager of IDC Canada. “At least 50 per cent of all developers will include some cognitive attributes” in their applications by 2020, he said.

Developers should target cognitive apps towards Canada’s retail, healthcare, finance, government and manufacturing verticals because that’s where cognitive computing will gain traction first, Goransson said. Although Canadian enterprises will experiment with cognitive computing in 2016, the technology won’t attain mainstream adoption here until 2020 – later than in the rest of the world – due to Canada’s shortage of analytics talent, he said.

IDC predicts 50 per cent of today’s supply chain jobs will eventually be eliminated once cognitive computing is integrated with robotics.

IDC predicts Canadian cyber security spending will surpass $2 billion in 2016. Despite that, it said Canadian organizations still spend only 9.8 per cent of their overall IT budget on security, a figure that should be closer to 13.7 per cent according to IDC’s research.

Apps will get even more mobile and collaborative. IDC predicts nearly 60 per cent of all new business apps will be “mobile first” by 2018, meaning developers won’t even bother to make a desktop version at all. IDC said the mobile nature of Canada’s workforce will fuel collaborative mobile apps in the enterprise, especially among Canadian airlines and hospitals.

IDC expects the number of 3D printers in Canada to hit almost 50,000 in 2019, up dramatically from just over 4,000 today, with most of the growth taking place in the home rather than the business market.

What would a futuristic tech forecast be without drones? IDC looked at them too, proclaiming that while they still have great long term potential, near term growth will slow in Canada due to safety and privacy concerns.

Christine Wonghttp://www.itbusiness.ca
Christine Wong has been an on-air reporter for a national daily show on Rogers TV and at High Tech TV, a weekly news magazine on CTV's Ottawa affiliate. She was also an associate producer at Report On Business Television (now called BNN) and CBC's The Hour With George Stroumboulopoulos. As an associate producer at Slice TV, she helped launch two national daily talk shows, The Mom Show and Three Takes. Recently, she was a Staff Writer at ITBusiness.ca and is now a freelance contributor.
Previous articleBell continues to receive most complaints of any carrier, is least improved
Next articleFreshBooks to launch mobile credit card reader