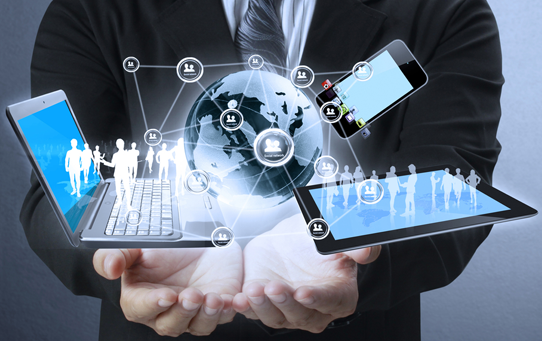 Worldwide use of Internet of Things devices will see explosive growth over the next year but so will security breaches related to them, according to IDC’s global technology predictions for 2016.

In a webcast held on Wednesday, IDC projected the number of IoT devices installed worldwide will double to a total of 22 billion by 2018. During the same period, over 200,000 new apps and services will be created specifically for IoT usage, and global IoT spending overall will grow by one-and-a-half times its current level.

Businesses should prepare for the trend by developing IoT impact plans and shifting the focus of their IT developer teams to be more heavily weighted towards IoT rather than mobile, said webcast host Frank Gens, senior vice-president and chief analyst at IDC.

He hastened to add, however, that security should be top of mind during the coming wave of IoT adoption.

“By 2018 two-thirds of enterprises, we predict, will experience IoT security breaches,” Gens said.

Rather than forecasting how many units of smartphones, tablets and other devices will shift, so to speak, during the next 18 months, this edition of IDC’s annual glimpse into the crystal ball focuses on how businesses will shift their IT priorities in the coming year and a half.

“(The predictions) provide a strategic blueprint for what CIOs, line of business executives and IT industry leaders need to do in 2016,” said Gens.

Here are more highlights of the biggest IT trends for 2016, as forecast by IDC:

Cloud cover
At least half of IT spending will be cloud-based by 2018, reaching 60 to 70 per cent of all IT spending by 2020. Gens said a new model will emerge where enterprises create mega cloud platforms (alone or with cloud industry partners) “as a way to source and distribute innovations on a massive scale.”

Business vs. IT
Line of business executives will control 45 per cent of all IT spending worldwide by 2018. This means IT must become even more tied to business units and more customer facing, Gens said.

DIY development
The move away from legacy systems to new third platform apps will see businesses more than double their efforts toward in-house software development and related hiring, IDC said. This will lead to “more developers and more focus by those teams on innovation,” Gens predicted. “This means every successful enterprise must become a software development company.” He said CIOs should make “recruiting developers a top five strategy priority.”

The data race (and risks)
“Enterprises will be in a data race to fuel innovation,” Gens said. Realizing that data is now more important than code, businesses will strive to add value to their offerings by expanding their external data sources by at least three to five fold and increasing the amount of data they deliver to the market by 100 fold.

Since new privacy legislation is pending worldwide, companies should appoint a senior executive “to oversee data pipelines in and out and provide corporate governance over data, both of which will be essential,” said Gens.

AI meets IT
Cognitive services add artificial intelligence (AI) to IT systems and are crucial to making data smarter and more relevant, Gens said. Although just one per cent of developer teams embed cognitive services into their apps today, IDC expects that number to surpass 50 per cent by 2018. Gens suggested we’ll likely see more AI mashups with robotics and IoT applications as well.

Did 2015 pan out?
Here’s a quick look back at some of IDC’s major predictions for 2015 and how close they’ve come to panning out. It’s only fair to note, of course, that IDC may have used different sources and sets of data for its predictions compared with those we cite below in checking up on how IDC’s 2015 prognostications turned out.

IT spending: IDC predicted worldwide IT and telecom spending would grow by 3.8 per cent to reach $3.8 trillion this year. Gartner analysts released their own revised forecast in September. They anticipate that worldwide IT spending across vertical industries such as retail and banking will actually drop by 3.5 per cent in 2015, due mainly to slowdowns in emerging markets like Russia, China and Brazil.

China syndrome: Last year IDC suggested China would have a “skyrocketing influence” on IT and telecom and account for 43 per cent of all spending growth in those sectors during 2015. Since then, China’s main stock index suffered its biggest one-day loss since 2007 on Aug. 24. On Oct. 19, China also reported its lowest quarterly GDP growth rate since 2009. In light of such data, the outlook for Chinese IT spending may have softened.

Christine Wonghttp://www.itbusiness.ca
Christine Wong has been an on-air reporter for a national daily show on Rogers TV and at High Tech TV, a weekly news magazine on CTV's Ottawa affiliate. She was also an associate producer at Report On Business Television (now called BNN) and CBC's The Hour With George Stroumboulopoulos. As an associate producer at Slice TV, she helped launch two national daily talk shows, The Mom Show and Three Takes. Recently, she was a Staff Writer at ITBusiness.ca and is now a freelance contributor.
Previous articleSoon Facebook will allow video as your profile pic
Next articleBig Bang ERP adds Pardot to cloud services suite