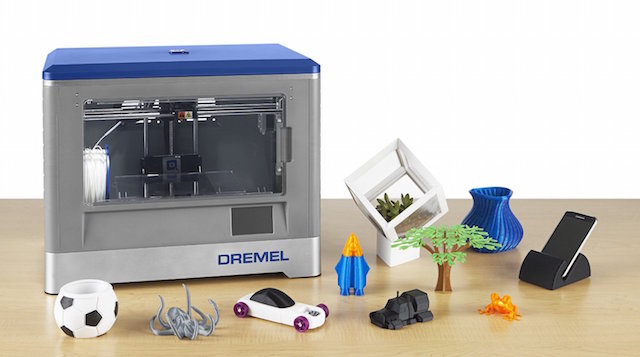 The same pay-per-play streaming model seen in the music industry could be coming to the burgeoning business of 3D printing, according to a U.S. expert in intellectual property (IP).

With 3D printers, many products can be replicated by pretty much anyone. Major manufacturers and corporate brands are already bracing to defend their IP against patent infringements and copyright violations, the expert told a panel discussion at the recent B3D Design Conference in Toronto.

“Incumbent industries are going to fight (3D printing), if history tells us anything, just like the music industry did, just like the film industry did. But it’s a horrible place to be,” said Deven Desai, associate professor of law and ethics at the Georgia Institute of Technology (colloquially known as Georgia Tech).

That scenario would be “horrible,” he said, because it would simply be a replay of the 1990s courtroom battles waged by huge music labels against Napster and some of its individual users.

“(3D printing) is very different from the old model of IP. This is an era of open source software,” said Desai, formerly the top IP lawyer at Google Inc. “This is a new era of law, as well.”

Instead of taking a “suing-and-pursuing” stance against 3D printer manufacturers and their users, he predicts large enterprises will eventually adopt the same pay-to-play business model that’s now commonplace for streaming and downloading music, movie and TV content. Manufacturers and retailers would sell 3D blueprints of their products online to people who want to download them for a relatively small licensing fee.

“You could see where they could say, ‘This bespoke hammer is licensed to only be used with Home Depot nails.’ It could happen. They’re working on stuff like that,” Desai said.

If you’re skeptical that something as sophisticated as 3D printing will ever reach the mass adoption level of music downloads, think again. As panelist Chris MacDonald noted, even the Canadian Tire store beneath his office at the Ted Rogers School of Management is selling 3D printers.

The Dremel 3D Idea Builder printer (shown in the photo at top) sells for $1,299 at Canadian Tire. It became available in Canada a year ago and is also sold by Home Depot Canada.

Besides IP implications, 3D printers will force businesses to confront other issues as well. Although the technology will allow startups and home businesses to innovate and produce customized products more cheaply than before, “it does raise questions about employment,” said MacDonald, an associate professor of law and business. One key issue is the possibility that some manufacturing jobs – or entire industries – will disappear due to 3D printing, he said.

As another panelist pointed out, however, products made by 3D printing don’t yet face the same regulatory scrutiny and safety standards as other goods, especially in the healthcare sector.

“You can print a 3D bladder but that doesn’t mean that it can function that well inside of you,” said Fanny Sie, manager of technology and venture development at Toronto’s MARS Discovery District incubator.

Christine Wonghttp://www.itbusiness.ca
Christine Wong has been an on-air reporter for a national daily show on Rogers TV and at High Tech TV, a weekly news magazine on CTV's Ottawa affiliate. She was also an associate producer at Report On Business Television (now called BNN) and CBC's The Hour With George Stroumboulopoulos. As an associate producer at Slice TV, she helped launch two national daily talk shows, The Mom Show and Three Takes. Recently, she was a Staff Writer at ITBusiness.ca and is now a freelance contributor.
Previous article
Scotiabank makes it easier for businesses to pay their vendors
Next article
Twitter Polls offer brands a new way to engage with social followers