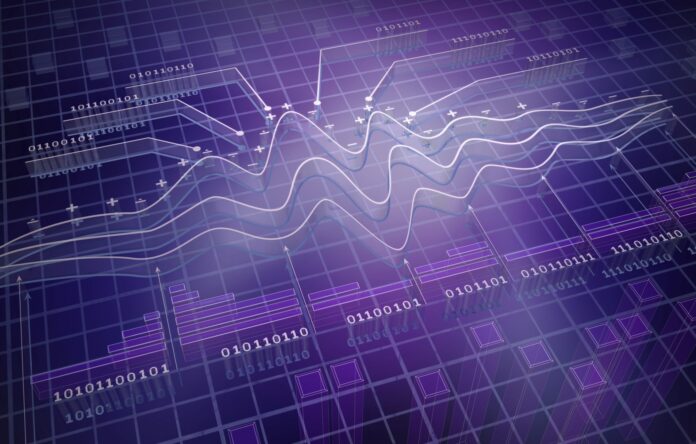 It didn’t take a data scientist at SAP’s Toronto conference yesterday to figure out that analytics is still a hot topic in human resources.

It was obvious from the big turnout for a presentation on the subject at the ASUG (Americas SAP Users’ Group) HR and Payroll Canada Summit.

On Thursday, a full house gathered to see SAP Canada solution consultant Andrew Valenzano demonstrate what the firm’s predictive analytics solution can do in an HR context. Interest in HR analytics extends far beyond the conference audience; in a Deloitte study released last week, 75 per cent of the 3,300 HR and business leaders surveyed in 106 countries cited talent analytics as “an important issue.”

Yet only eight per cent of respondents in the same survey believe their own organizations are “strong” in the talent analytics area. In another Deloitte study released last year, just 14 per cent of HR departments were using data analytics vs. 77 per cent usage in operations and 58 per cent in sales.

Why is there still such a wide gap between interest in HR analytics and its actual adoption? What does your organization need in order to deploy it? And does the technology really work? Here’s what we gleaned from Valenzano’s session.

A quick reminder that Valenzano’s presentation and comments only related to SAP solutions. Similar products from other vendors (i.e, Oracle, IBM, Visier, etc.) may work differently.

What it can tell you

Valenzano showed how SAP’s solution could predict employee turnover, for example. Probability is based on data variables like each employee’s gender, age, salary, length of time at the company and how many hours they work per week. Using that data and comparing it with past patterns, the tool can predict which staff are most likely to leave, how soon, and even why.

Predictive tools may help companies decipher “why (some staff) are leaving and what we can do better” to improve retention, said Jeffrey Stevens, who attended the conference from Buffalo, NY. He’s the manager of ERP systems and application support at Rich Products Corp., a U.S.-based food products company with 10,000 workers in 150 countries and $3.5 billion in annual revenue.

Analytics technology can also be used to predict the best candidates for certain positions and the most effective training for specific employees.

SAP’s software solution can be up and running in “days or months,” said Valenzano. “Then it all depends on the workload of your BI team and the workload of the people who can do the synthesis or analysis for you.”

Need for outside help

As with most IT deployments, you don’t have to hire a special consultant for the initial phase, “but it is a good idea,” said Valenzano, “because this is pretty valuable stuff to take your analysis to the next level. And there’s a lot of information hidden in your data that the proper application of these tools will help you get out of it.”

Where data comes from

Like most BI systems, SAP’s can automatically pull relevant HR data from the software program where that data was originally generated or input. Historical data can be pulled from databases where such information is typically stored.

In markets with outdated record keeping, however, this could be a mountainous task.

“We’re implementing this in China first and they’ve got a very manual system so I doubt we’re going to get a lot of historical data there,” said Stevens. “So it’s pretty much trying to get current data into the system (there) and go forward.”

Does it really work?

Like all major solution providers, SAP has posted customer testimonials on its website pointing to various case studies and ROI stats. Finding outside research on a technology as nascent as HR analytics, however, is a tad trickier. A 2013 study by the Harvard Business Review does suggest that companies using advanced HR analytics are three times more likely to lead their competitors in customer satisfaction, quality and productivity. It bears noting, however, that the study was sponsored by HR tech vendor SumTotal.

Why does HR lag other business units in adopting analytics? Another Harvard study, from 2014, provides some clues. It surveyed 230 execs (a third of whom are in HR), asking them to list the top three obstacles to utilizing data and analytics for talent management. Their answers? Data that’s poor quality or hard to access; lack of analytic skills among HR managers; and weak investment in HR analytics tools.

In that same 2014 study, 27 per cent complained that “HR does not know how to talk about HR data to relate it to business outcomes.” The study’s authors called it “discomfort with data-driven decisions about the workforce.” In other words, sometimes the hardest part of human resource analytics is the human part.

“You’ve got to be a little more tactful in the HR context,” Valenzano acknowledged.

“Having that data available to do the analysis is great. But what do you do with it? Do you come to someone and say, ‘You’re 55, the data shows you’re going to quit?”

It’s all about using data in a way that’s proactive yet sensitive at the same time, said Valenzano.

“You can send them an email saying hey, this extra training is available to you. The reason you sent them the email is because they’re most likely going to churn. But you don’t tell them that. You just give them a little TLC.”

Christine Wonghttp://www.itbusiness.ca
Christine Wong has been an on-air reporter for a national daily show on Rogers TV and at High Tech TV, a weekly news magazine on CTV's Ottawa affiliate. She was also an associate producer at Report On Business Television (now called BNN) and CBC's The Hour With George Stroumboulopoulos. As an associate producer at Slice TV, she helped launch two national daily talk shows, The Mom Show and Three Takes. Recently, she was a Staff Writer at ITBusiness.ca and is now a freelance contributor.
Previous articleScheduling issues are costing retailers time, money, and employees: survey
Next articleMethodify offers marketers customer research as a service