Google, Google-owned YouTube, and the Menlo Park, Calif. tech giant’s signature browser, Chrome, are among teens and younger millennials’ favourite brands, according to a new study by Google Inc.

Other top brands among the respondents included Netflix, XBox, GoPro, and PlayStation (but not Microsoft or Sony).

“For Generation Z, what’s cool is also a representation of their values, their expectations of themselves, their peers, and the brands they hold in the highest regard,” Google wrote in the study. “Cool is an indication of what people pay attention to, what gets them excited, and can often act as a manifestation of their hope and dreams.”

And to the likely surprise of no one, more than 90 per cent of teenage respondents reported owning a smartphone.

When it comes to social media use Instagram, Snapchat, and Facebook came out on top, with more than 50 per cent of respondents on each – though Google noted that Facebook is seen more as a platform for “consumption and stalking” than posting, since the latter is seen as “not cool.” 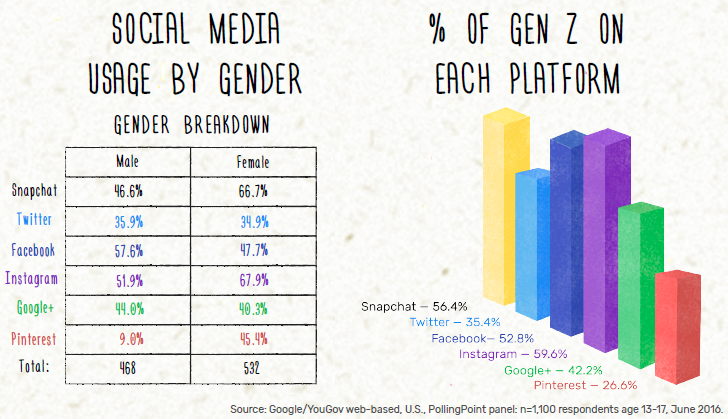 Finally, Google asked respondents for their opinions of a wide range of brands, measuring their answers on two fronts: Coolness and awareness. The top 10 brands among respondents, in order, were:

Asked why Google ranked so highly in the survey, millennials called the search giant’s signature engine “serious,” while Gen Z called it “fun.” Both called it “functional,” and associated it with “search” more than any other word.

“Teens also think Google is cool because it is popular (search engine), innovative (self driving cars, glass), creative (Google Doodles and easter eggs) and has good values,” Google noted in its report.

You can check out which brands placed where among the survey’s Gen Z and millennial respondents below (click for full-sized versions).

Eric Emin Wood
Former editor of ITBusiness.ca turned consultant with public relations firm Porter Novelli. When not writing for the tech industry enjoys photography, movies, travelling, the Oxford comma, and will talk your ear off about animation if you give him an opening.
Previous articleToronto hospitals first in Canada to implement complete wireless network
Next articleE.U. regulations behind Microsoft’s new Windows 10 privacy controls