Rogers Communications chose an upscale downtown Toronto loft as the backdrop for its showcase of its 2009 holiday offerings.

On the wireless front, the company showed off five smartphones (which it has now dubbed Webphones) under the Rogers banner, and two under the Fido brand.

Fido offerings are the Sony Ericsson T715 ($50 with monthly plan and two year agreement) and the BlackBerry Pearl 8100 Red ($0 with three year agreement and data add-on).

All phones in both lines boast digital cameras, although Nokia and LG win the battle of the megapixels with 8 MP and 5 MP respectively. The Pearl brings up the rear with a 1.3 MP camera.

All but the HTC have keyboards.

It was targeted at people, such as cottagers, who want to surf the Web but don’t have access to a high-speed network.

All they need to connect with a Rocket Hub is electricity; up to fifteen computers will have Web access.

However, the Hub has seen considerable uptake among small businesses as well, according to said Rogers’ Todd Williamson, a product manager with Rogers.

Users can also plug landline phones into the device to make and receive calls on the Rogers wireless network.

On the cable TV front, the company demonstrated its HD PVR SA8300 ($24.99 per month rental or $499.99 purchase), which combines the functionality of both a high-definition digital terminal and PVR Plus.

It records up to 20 hours HD, or 90 hours standard definition programming, which may be expanded using one of two available add-on PVR Extenders to record up to 120 hours of HD or 600 hours of SD. 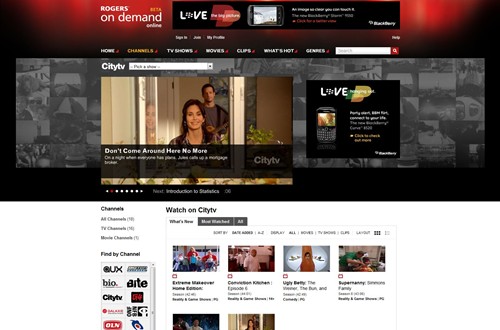 The existing site, with its 1,000 hours of programming, is merely the beginning, according to Lara Skripitsky, director, marketing and programming and broadband entertainment at Rogers.

Skripitsky is already planning to link in some sort of social networking component so users can discuss shows as they watch.

One is available to all Rogers customers, and a higher tier is only available to Rogers Cable TV customers who subscribe to specialty services. There’s also some Web-only content.

“Content will drive usage on this for us,” she says. “You’ll eventually be able to stream it on your phones.”

Integration of Rogers’ services was demonstrated by the new TV Call Display. 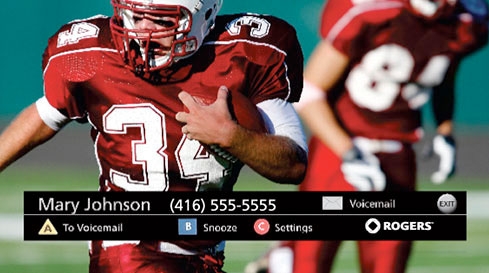 Customers with Rogers Digital TV and Rogers Home Phone with Call Display see incoming calls on their TV screen, and can manage those calls (including bouncing them to voicemail) with their Rogers remote control.

Lynn Greiner
Lynn Greiner has been interpreting tech for businesses for over 20 years and has worked in the industry as well as writing about it, giving her a unique perspective into the issues companies face. She has both IT credentials and a business degree.
Previous article
Smartphone Smorgasbord: a holiday guide
Next article
SEO secrets to boost your Google Local rank