IBM Corp. announced yesterday it is bearing new fruits from several of its analytics software acquisitions over the years, offering mobile access to IBM Concert and a new data-crunching piece of software.

From its Vision conference in Orlando, IBM announced an updated version of Concert that now includes capabilities gained from Varicent Software Inc., which specialized in analytics for compensation and sales performance management. Now Concert will also offer those capabilities to its users, offering sales managers a set of analytical tools to make decisions with for how inventory should be sold, by which salesperson, and how much that person should be compensated. What’s more, they’ll be able to do it from an Android or iOS-based mobile device. 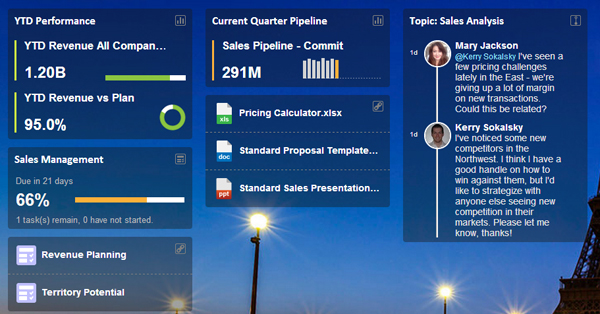 Previously available from a web interface, Concert is now mobile friendly, says Erick Brethenoux, director of business analytics for IBM. It’s expanding on its budgeting and forecasting capabilities with descriptive, predictive, and simulated analytics – all accessible on mobile.

“Sales reps have to be mobile, you don’t want them to be at their desk,” he says. “It gives you a way to slice and dice the numbers and turn them around and look at them to analyze the data.”

As an example, Brethenoux says a sales manager could review sales performance for the quarter and reassign products or adjust incentives based on that. Before they sent the new updates to their sales teams, they could run a predictive model for the quarter ahead to see how the adjustments might impact the company’s performance.

Concert will also include personalized task lists, which highlight priorities for line of business professionals and walk them through projects step-by-step. Users can also collaborate by sharing their data analysis with anyone they like. 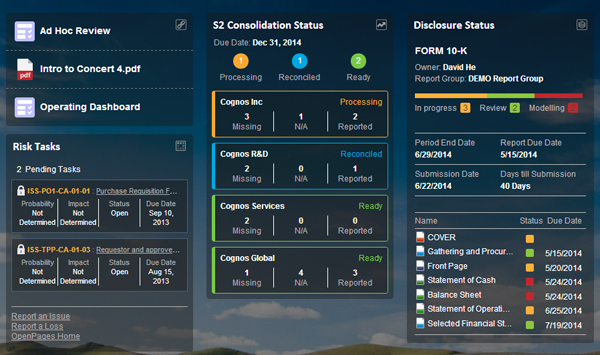 IBM also introduced a new software product in Project Catalyst Insight. It promises to automate the sort of analysis that would normally be done by a high-level data scientist and offer the results in visually compelling graphics and plain english. The software builds predictive models that are interactive to the user and can analyze just about any data you feed it – unstructured or not.

“Very few people are deeply trained statisticians so we need to give that power to anyone,” Brethenoux says. “The user doesn’t even know what’s happening in the background, we just give them the results and let them work with those results.” 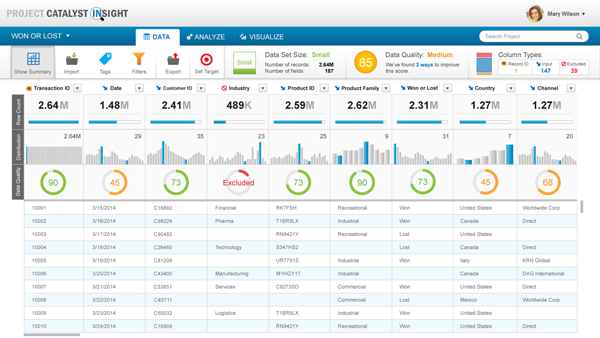 Brethenoux says IBM used the software to help solve a problem for one of its clients. The company was seeing some employees leaving the firm and wanted to understand why. Feeding data into Project Catalyst Insight helped them identify that people at a certain age and certain compensation were the most likely to leave because of competitive salaries in the marketplace.

Project Catalyst Insight is borne out of another IBM acquisition in SPSS Modeller. 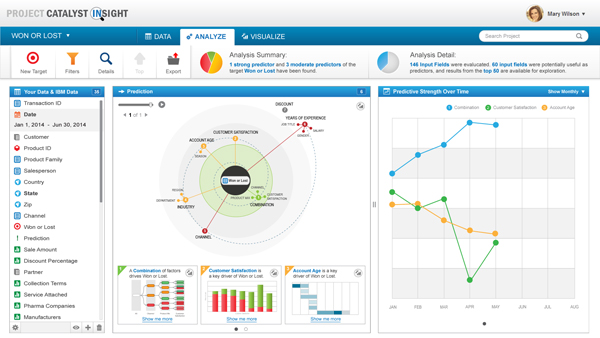 “It’s taking predictive analytic capabilities to the market,” Wang says. “The goal here is to go from data to decisions.”