A capital crunch isn’t usually the most critical issue confronting entrepreneurs and startups. For many, the sense of isolation — not knowing who to turn to or from where to get help as they strive to build their business — is the biggest challenge. But it’s a challenge Sarah Prevette is determined to turn into an opportunity for thousands of entrepreneurs in Canada and overseas to collaborate and help one another achieve their respective business goals.

To that end, last November, Toronto-based Prevette launched Sprouter.com, a free social networking site for entrepreneurs.  The site was a runaway success.

Prevette’s work began to be recognized outside Canada as well and she was recently named one of North America’s Top 30 Under 30 entrepreneurs by Inc. Magazine – the only Canadian to make it to that list.

In this exclusive interview with ITBusiness.ca, Prevette talks about what Sprouter offers new entrepreneurs, how users can have their business questions answered by top experts immediately, innovative new Sprouter projects in the pipeline, and much more.

Sarah there are so many social networks out there? What’s different about Sprouter?

Sprouter is an online community specially meant for entrepreneurs across the world. It helps them overcome the isolation typical in an early-stage venture. On Sprouter, they can connect with other startup founders, share knowledge, introduce their initiatives to larger firms for potential partnerships or funding, and collaborate in many different ways.

For startups, the knowledge that other people out there confront the same adversities as them, can be comforting.  Many challenges faced by Canadian entrepreneurs are very similar – access to early-stage capital, exposure to broader markets, knowing what to do next when you’re just getting a business off the ground. That’s why one of our projects, to be rolled out shortly, is getting veteran entrepreneurs offer their expertise through the site.

How many registered users do you have on Sprouter since its launch?

Sprouter was unveiled in private beta last August, and then the site was publicly launched in November. In a relatively short time span it’s been growing steadily. While we don’t publicize our numbers any more, the last time we did so, in February, there were already more than 15,000 users. The majority are U.S. based, with significant numbers in Canada, the U.K. and Australia.

We’ve been actively growing and have launched a publication – Sprouter Weekly – which also gets significant distribution.  While our entrepreneurs are from all over the world, we’ve been really impressed at the amount of innovation happening in Canada. This wealth of exciting talent also helps increase the visibility of the site. 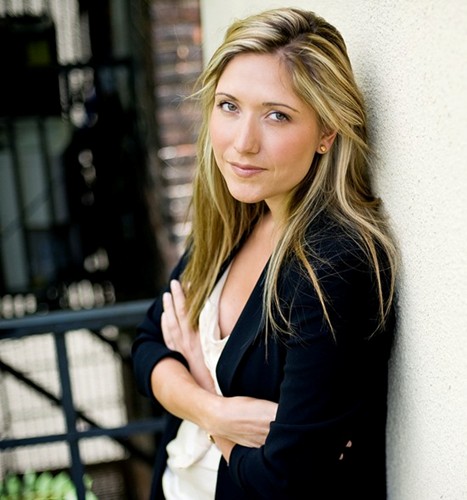 When the economy hands them a lemon, small Canadian firms make lemonade

You’ve talked about access to early-stage capital as being an issue for many new entrepreneurs.  Is Sprouter seeking to address that?

Yes, through a new service specifically targeted at investors. It facilitates introductions based on certain criteria. The idea is to connect these investors with the tremendous talent we get to see on a daily basis.

The second soon-to-be-launched service is a Q&A. We’ve reached out to some of our veteran senior entrepreneurs – people who’ve successfully exited or are doing very well in existing businesses – and have urged them come back and provide execution guidance and mentorship on Sprouter.  We’re really encouraged by their generous response.

We recognize time is a valuable asset for our veteran entrepreneurs and are trying to make it as easy and painless for them to provide this expertise. However, we also seek to provide an immediate response to questions from our early-stage entrepreneurs, as  they’re trying to run their business and don’t have time to wait on answers.

Our platform crowd sources answers to questions. It uses a mobile system through which our “experts” would get those questions on their mobile device, and respond immediately via e-mail or texting.

So what are some of the most common themes and issues Sprouter members would discuss on the site?

Often our members want feedback on their product development. At an early stage they would like someone to look at what they’re doing and comment on the design, for instance.

Many users look for people who’ve had experience with dealing with specific investors or corporations. Others seek introductions to various companies or even to the media. It’s really about forging relationships with the right people to move forward.

And it’s a quid pro quo. If I answer your question or help you make a connection today, then hopefully tomorrow when I have a question or need a connection someone will step forward and do the same service for me.

Do you have a mechanism on the site for collecting user feedback? Could you give me an instance of how this feedback has been used to enhance the site?

We have a widget called ‘Get Satisfaction’, and it that allows our users, at any time, to give us feedback on the site, make a request for a feature or inquire about new functionality. That information goes directly back to a community manager who would then engage that person immediately.

We also actively solicit feedback from our community. Through our publication Sprouter Weekly, besides providing updates on our projects, we also ask users for their thoughts and comments about where we’re headed.

I wrote a personal e-mail to every single one of our members a few months ago, thanking them for their support and asking them what changes and improvements they’d like to see with Sprouter. Their response was overwhelming. We had 10,000 replies come back from people telling us what they like and what they’d want us to do next. We’ve actually used this feedback to develop our suite of products.

Can you cite an example of a project that emerged from these reader responses?

Yes, the idea for our veterans Q&A, which launches at the end of the month came from what people told us. Many of them were looking for that immediate answer. They would say when they put their question out to the community, no one answered them. That was a common theme.  So we’ve built that Q&A site, where a network of seasoned entrepreneurs will be available to answer questions from users. The experts will receive questions via text message on their cell phones and can then respond.

Some may feel the Twitter-like format Sprouter adopts is too limited to enable meaningful collaboration between participants. For instance, how could an entrepreneur facing a business challenge outline his problem in 140 characters?

Most people would be surprised at how much information you can compress into 140 characters. And when the need arises for someone on Sprouter to go beyond that, a lot of times they’ll simply reply to that post – all the replies attach to the original post, so the thread isn’t lost.

Also, our new Q&A site doesn’t have the 140 character limit on it – either for the expert answer or the entrepreneur question. It will be interesting to see how the dynamic changes when that’s launched.

What are some strategies you use to publicize Sprouter offerings?

PR and media have provided great exposure – helping grow our membership and participating in the community as well. We attend a lot of global social media events hosted by other organizations of interest. It’s about visibility at a grass roots level.

I’ve been dividing my time between Toronto, New York, San Francisco and London, England, engaging with the local Sprouter.com  stewards in those geographies, who are already pioneering events with local entrepreneurs,  understanding their day-to-day needs, and crafting our product around those.

We’ve also just announced a partnership with UCLA and Cal Tech in California that will help us engage with student entrepreneurs. These students, working within their institutes, have developed new technologies and are looking to commercialize.

On the Sprouter site you have widgets that enable people to invite their friends on Facebook, Twitter, LinkedIn and Gmail to join the community. Has this helped build your user base?

Absolutely, it’s has been an invaluable strategy for us. In addition to those social media sites, we’ve also harnessed blogs by prominent entrepreneurs — folk who regularly discuss various facets of entrepreneurship, facilitating events and so on.

Sometime last September, I believe, you were involved in the global Water initiative coordinating their Toronto festival or Twestival. Tell us about that project.

We were doing a fund raiser a year ago, harnessing social media for social good.  We engaged the Toronto community to come together and raise funds to build wells in Africa. We did it successfully three times and raised just over $500,000 for various charities across the world. It was an incredible phenomenon – one of those grassroots causes that could only happen in the right place, at the right time with the right people pushing it forward. 180 cities across the world participated in the events run entirely by volunteers.

The event demonstrated how online communities could be harnessed for incredible success like that. I led the efforts for Toronto.

Dell's Streak is smartphone with a tablet heart