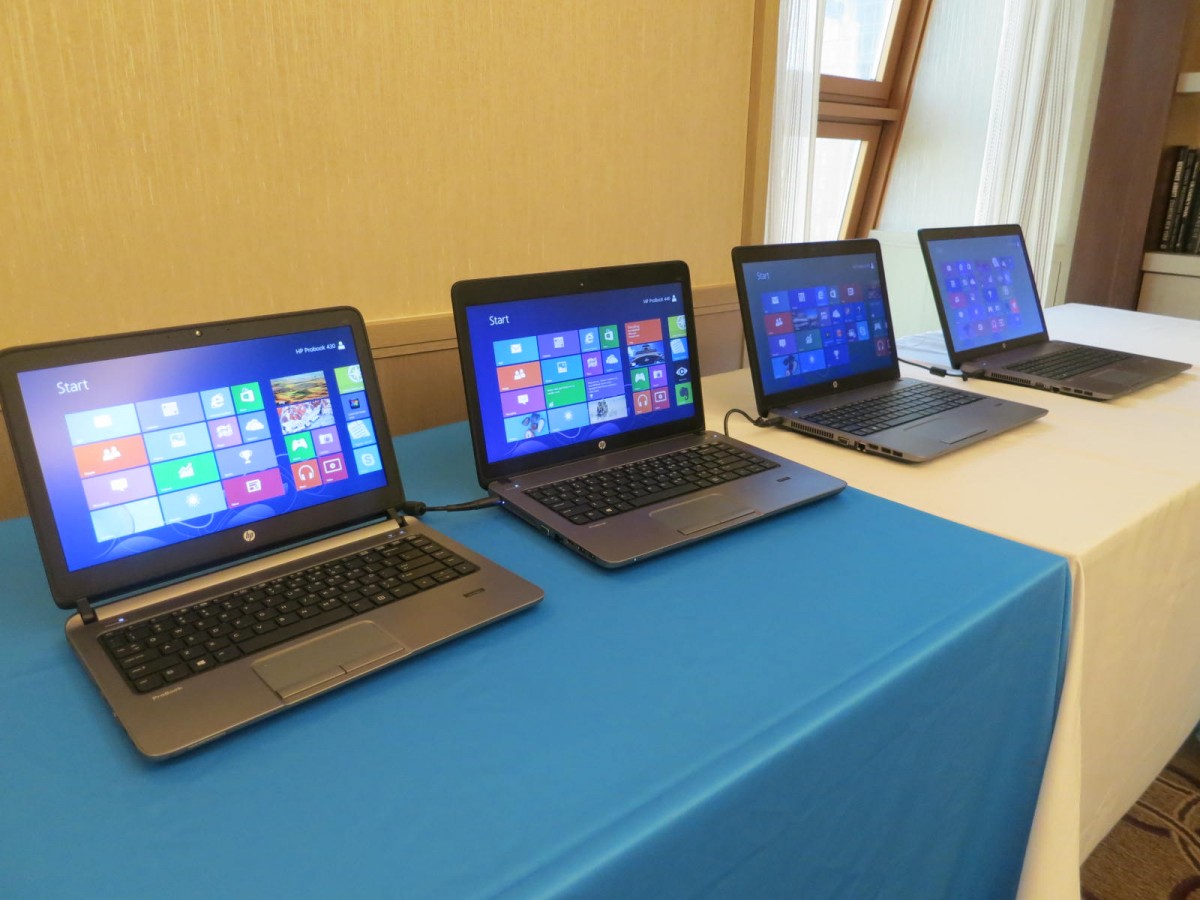 The school year may not be yet over but HP is already gearing up for the next one with their latest consumer notebooks in the Pavilion and Envy lines.

HP showed off the latest additions to their Pavilion lineup which is aimed at the mainstream market, this could be a student, family or a small business that buys through retail.

Students are looking for a good notebook for a great price and the HP Pavilion line up will definitely meet those criteria with ease. We are currently waiting for HP’s Canadian pricing and launch dates but we expect the dates to be relatively close to the American ones mentioned below.

One thing that students are looking for is a notebook that says something about themselves. The Pavilions on displayed came in a variety of designs and colours that gave them character beyond the blacks and matte finishes of some of HP’s other products on display. With a dark blue (seen in the picture below), reds, two tones these notebooks were meant to attract those students looking for that notebook that reflects their own personality.

The Pavilions come in several models the most shocking one was the HP Pavilion TouchSmart Notebook which has as a standard feature a 10 inch capacitive touch screen with a resolution of 1,366 x 768. This is the only Pavilion model with a touchscreen and feels geared towards the student set more than anything else and it’s powered by either an A4 or A6 AMD processor.

The TouchSmart has an integrated battery that’s user replaceable and all the ports you could hope for from VGA, HDMI SD, three USBs and Ethernet when wireless just isn’t cutting it. The Pavilion TouchSmart will be released in the USA on June 26 at $399.

The other Pavilions showed off were the Pavilion 14, 15 and 17 inch so HP has every screen size at your beck and call. These Pavilions have the full menu of ports and the 15 and 17 have numeric keypads to give that closet mathematician some number crunching love. There is an integrated DVD drive for your movie viewing needs (if you’re not using Netflix yet) and it comes with up to a 1TB of hard space. The Pavilion 14, is priced at $479, 15 at $429 and the 17 at $449 with all of them going on sale in the US on June 5.

The HP Envy line of notebook computers according to HP targets the most up-to-date technology and stylish with more metal in its construction. The HP Envy TouchSmart 14 is their ultrabook and it’s powered by Intel fourth generation processor technology callsign Haswell. It has a 3,200 x 1,800 resolution 10 point multi touch screen display. It includes HP’s Beats Audio with 2 speakers plus a subwoofer for that extra oomph when you need it.

The Envy TouchSmart 15 goes on sale in the U.S. on June 5 at $529. Part of this disparity in price is because it uses Intel’s third generation processors compared to the 14 and 17 which come packing Haswell under their hoods. The 15 is meant for entertainment with the Beats Audio technology you have come to know but with 4 speakers instead of the usual two and a subwoofer.

If you want that PC experience in a notebook then the HP Envy 17 might be for you. Packing Intel’s Haswell tech, with a 17.3 inch screen, it includes up to 2 TB of hard drive storage for all your digital file needs and the same speaker setup Beats Audio included as that found on the 15. It truly represents PC power in a notebook form and it goes on sale on June 5th for $699.

I asked for the estimated battery life for each device but they still far enough away from launch that testing was still being done. Across all of HP’s notebook lines from business, to x2 convertibles, Ultrabooks and mainstream they have something for every price point, every person, and every use case imaginable.