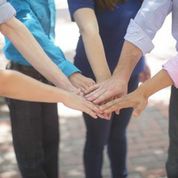 October is small business month and to celebrate, writers from Aluvion Law will be making daily posts on one of the most common forms of Small Businesses: Corporations!  Corporations are particularly popular among the high-tech and IT crowd because of the tax advantages they provide to rapidly growing companies, as well as the assistance they can provide in unlocking capital. The other great benefit recognized by the ‘serial entrepreneurs’ that flock to the IT sector is that they limit the liability of the owners in the event of the business failing.

A corporation is different from other types of businesses, because a corporation is treated as a separate legal entity. You may have heard corporations referred to as ‘people’, because with a few exceptions, they are recognized under the law as a person with its own set of rights and responsibilities that go along with this designation.  Imagine a company like Amazon. It is made up of thousands of employees, and is owned by thousands of shareholders. If Amazon loses your package, you don’t get mad at a person who was to deliver the package, or his manager. You don’t get mad at the shareholders. You are unhappy with Amazon as a company. The idea that Amazon is a distinct ‘entity’ that you can trust or dislike, owe money to or make contracts with is the core of what it means to be a corporation.

If you are a small business owner, or someone who is self- employed, everything you do in your business can feel very personal. You probably own the tools you use when you work, and when someone makes an agreement or contract with you, it’s with you as a person. If you work with other people, it’s normally clear who is responsible.  If your assistant messes up a job, people will expect you to take responsibility for it.

At a certain level, it feels good to have that one-on-one connection with another person but as a business grows, as we often see in the technology sector, it becomes less and less practical.  Corporations allow for a company to grow faster, as profit that is reinvested into the company allows for the growth to be accelerated. These profits are taxed at a much lower rate than profit an individual would earn. In Ontario, the business tax rate is 15.5% and the personal tax rate is 47%. Shockingly, Ontario’s corporate income tax is lower than that in the US. Also, with the corporate structure, technology companies can often access research and development tax credits. The corporate structure also makes raising capital easier by clearly marking what is part of the business and what is your personal property. Marking what is and isn’t part of the business can also help protect you from liability if the business fails.

Just a little bit of history for you on the origins of corporations. Corporations originated in the 1700s when a number of companies were selling stock to investors. One of these companies, the South Sea Company, saw the value of its stock increase rapidly between its inception in 1711 and its collapse in 1720. This bubble in shipping company stocks led to a desire to more closely regulate companies.

The passage of the Bubble Act of 1720 created the modern form of corporations by requiring stock-based companies to be incorporated by an Act of Parliament or a Royal charter. Modern ‘corporations’ also require registration with the government, but the process is much more straightforward today.  A few forms and $500 to $1000 will see a company incorporated in Canada.