Across the great divide – are the CIO & CMO destined for conflict or collaboration? 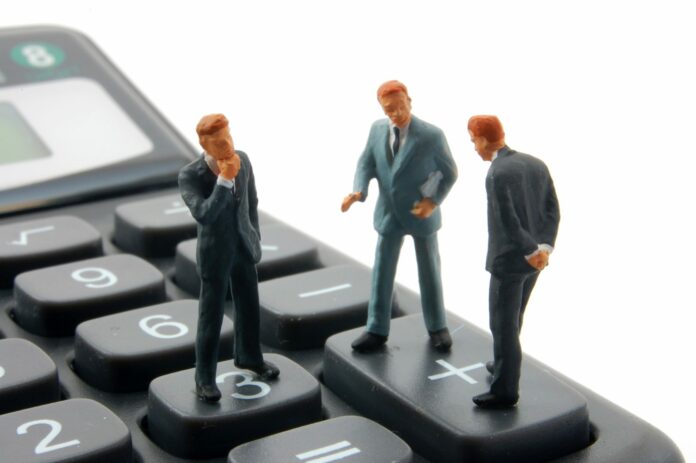 A few years back I wrote a story about a dispute between a CIO and the VP of Marketing. The CEO, tired of the fighting between his two executives shows the “wisdom of Solomon” as he forces them to swap jobs. It was fictional, tongue in cheek and hopefully humourous story, but it had its roots in very real experiences.

The job swap had actually happened to me earlier in my career although not as a CIO. I was one of two Directors in a large IT department. The conflict was with another Director. From my point of view it seemed that my rival took every opportunity to criticize both my team and me especially in meetings with the executive. At least that was my perception.

After one particularly bitter exchange VP said he’d had enough. If we both thought we could do each other’s job better – so be it. We were to swap jobs or both be fired.

This event humbled both of us. I got the best of it. I found out how tough it was to do the other person’s job. My rival got fired when the large project I was heading proved to be harder than it looked from the outside.

That was one inspiration for the story. The second came about when I was teaching marketing for a year at the University of Waterloo, filling in for a professor on sabbatical. Two things made me an ideal candidate. First there was my experience with online marketing and pioneering work in social media. Secondly, before coming to IT World, I had had built a successful startup and learned both marketing and sales “the hard way.”

This was another humbling experience. In my prior corporate job, I had a number of sales people who did the “leg work”. I had a marketing department that did all the “field work”. I turned up much nearer to the end of an opportunity and closed the deal.

While I was great at helping shape and close a project, I never realized how much work went into getting there. Marketing was a lot of work especially with a staff of one. In sales, how many times can you hear the word “no” and still be motivated for the next call? I found it demoralizing. Plus, was it just my imagination or was it true that once people mark you as a “sales person” calls aren’t returned as quickly – if at all?

Six months in to this on my own, not sure that I had a thick enough skin for this; I phoned one of the sales guys I’d work with at the last company and apologized for any times I’d criticized them. He laughed. Politely, he claimed they’d never really noticed. I didn’t believe him for a second. But I did marvel at his generousity as he gave me a few pointers.

Those two events were the real inspiration for my fictional battle between the CIO and VP of marketing.

The CIO vs. CMO rivalry is real

It turns out that my attempt at humour was an eerily accurate prediction of the real future. Several years later, I am a CIO, and I’m seeing and reading more and more about the emerging “conflict between the CIO and CMO.” This is no fiction; there is a rivalry. And it appears that this time the CMO might be winning. By 2017, the CMO will spend more on IT than the CIO, according to Gartner.

It’s a prediction that should make any CIO sit up and take notice. Don’t get me wrong – IT should not be in the business controlling where money is spent. Since the 1990s when I headed Portfolio Management at the former DMR Group – I’ve been a passionate believer that business must drive the direction of IT spending and quid pro quo – also deliver the actual business benefits. That was one of the major themes in our best seller – The Information Paradox. The job of IT is to partner with the business to build the technological architectures and facilities and deliver the capabilities needed by the business.

What frightens me, is like a lot of CIOs, I’m concerned that few CMOs have the knowledge of what makes “Big Data” actually work. It looks easy from the outside. It’s relatively simple to select a cloud or other point solution. But as most CIOs know — there’s a lot more to it than that.

I’ve described this work like an iceberg. What you see is just a portion of the effort. The real work is hidden – and very large indeed. It’s more difficult than it looks to protect the security, the integrity and more importantly – the integration of that data. What might seem to be nasty delay tactics like planning, architecture, security, integration and backup are essential elements that experience teaches us that we ignore at our peril. The emergence of new technologies – Hadoop, NoSQL databases and a raft of others require a constant struggle to separate hype from disruptive development. As CIOs – we know the challenges.

And we know what happens when we don’t have the right discipline and planning. You only need look at what the proliferation of spreadsheets has done to some companies to realize that the “quick and easy solution” can be a time bomb. All too many of us have spent years cleaning up the poor planning, the over-promised and under-delivered, the short cuts and the “back door systems” that promised the world and deliver only “data soup”.

We’ve spent years breaking down silos and integrating applications and data. To think that all of that could go down the drain is difficult for some – and almost too much to bear for others.

But with the years comes some wisdom. We start to see beyond our own point of view. Recently I read one of our own IT World headlines, “The CIO Can’t Be Dr. No.” I realized that CIOs have to appreciate some of the challenges that CMOs face.

The speed at which business moves is not regulated by the speed at which we can move existing infrastructure and architecture. It’s governed by the speed of customer demand. You don’t have to look very far to see the how devastating it can be to fall behind. As we watch the recent struggles at BlackBerry, we wonder if sometimes you just can’t catch up. As CIOs we need to understand the pressure on the CMO to deliver more leads, more customers, more insights into customer needs —more, more, more –faster, faster, faster.

Marketing got tired of waiting on CIOs

This is what I grappled with as a I read through a recent study from the Canadian Marketing Association published in June of this year with the intriguing title: “1 + 1 = 3: CMO & CIO -Collaboration Best Practices That Drive Growth.”

This study establishes the compelling need for a new collaboration between the two rivals. It presents the two viewpoints clearly and dispassionately, but with great power. I talked earlier about spreadsheets, and you can see the CIO in me. But had I omitted what Kirstin Hambelton, VP of Marketing for Neolane says in the study: “Ten years ago, marketing was always at the bottom of IT’s to-do list. IT usually has five or 10 projects going at any one time, and marketing was always at the bottom of the list. As a result, marketing pros got tired of waiting and sidestepped IT.”

Ouch! There’s another humbling lesson. But it’s not one sided or IT bashing. The report also gives a compelling case for the need for the successful enterprise to build the “business model around it’s information technology platform”. It uses ING Canada as one example of how a business can be disruptive and successful when it does this. Even though ING was bought recently, it was an exception example of how to leverage data for success in marketing.

The study doesn’t just look at the differences. It also looks at what Marketing and IT have in common. I found that to be a bit of an eye opener. For one, both IT and Marketing are support areas. They both offer capabilities that others must transform into tangible business results. They are both challenged to justify spending as never before. They are both under the gun for results and heavily criticized when those results don’t appear.

More than simply “admiring the problem” the report outlines the need to break down the barriers as essential for success in the modern enterprise. It presents some success stories that show that not only is it possible to achieve, it’s clear that companies who don’t get this collaboration of marketing and IT will face some fierce competitors.

It struck me that there was another thing that CMOs and CIOs have in common. We both know that no matter how far we have come we’ve only scratched the surface. For example, Vic Bhaggat of EMC pointed recently, how much data there is available that’s not being used today. Bhagat gave a great example. One Boeing 777 flight from Los Angeles to New York generates 30TB of sensor data, but only 500GB is used today. The rest is discarded, because they don’t know what to do with it.” In industry after industry, the story is the same. To quote Randy Bachman, “baby – you ain’t seen nothin’ yet.”

Facing this opportunity or challenge – collaboration is no longer optional. Does that mean that one function must supplant the other? Perhaps. Maybe we will have a CIMO – a Chief Information and Marketing Officer. Frankly, in some companies, with the right candidate, that might just work.

But maybe my “modest proposal” that started as humour is closer to the truth than even I thought. Even if we don’t have a boss with the Wisdom of Solomon, maybe we could do something on our own. If not job swapping, maybe it’s time for at least a little job shadowing. However we do it, the message is clear. In the enterprise of the future, the CIO and CMO might not have to be one person, but they have to see things with one clear vision.

I’m intrigued by this topic. If you have something to add to the debate, I’d love to hear your comments below. Or write me at [email protected] or tweet it at @CIOJimLove.

Previous article
Ontario’s hottest Startups? – There’s an app for that!
Next article
Writing their own cheques: how women entrepreneurs fund IT growth in their businesses