By Next Canada Staff

On Aug. 14, the culminating day of 2018’s Next Founders and Next 36 program took place at the MaRS Discovery District in downtown Toronto. Twelve Next Canada ventures pitched their businesses one last time to an audience of fellow entrepreneurs, alumni, partners and investors.

Next Canada CEO Sheldon Levy kicked off the morning by welcoming guests and introducing Next Canada co-founder and academic director Ajay Agrawal as the first speaker. 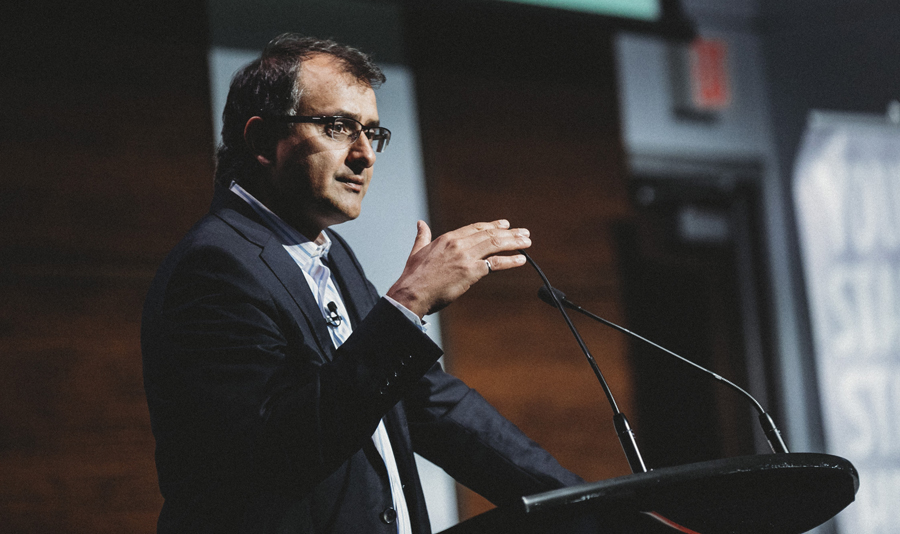 Professor Agrawal (above) reminded the entrepreneurs that they are agents of change who will be disrupting the labor market by introducing their breakthrough services and products. He concluded by highlighting how challenging their tasks would be, given that they must increase productivity while being sensitive to social issues such as massive job displacement. 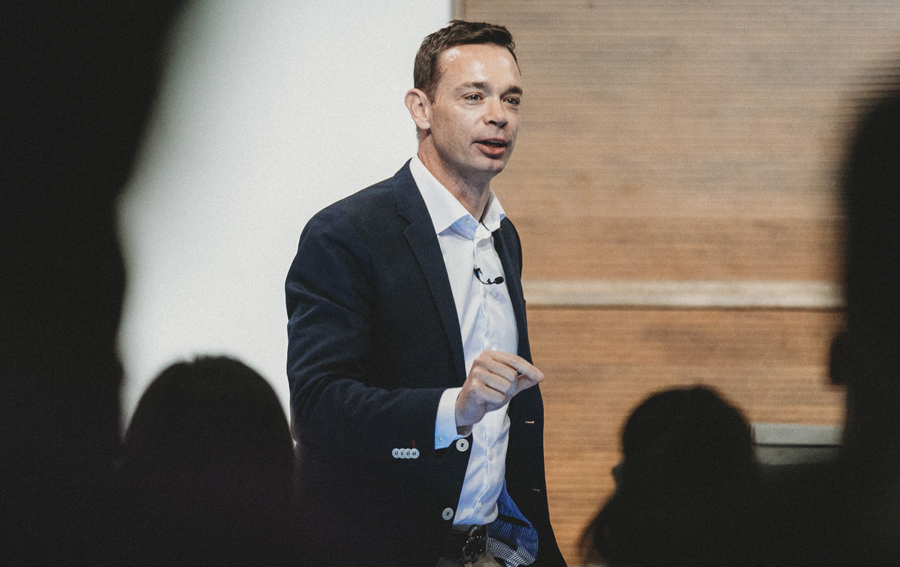 Next Canada co-chair and McKinsey & Company partner John Kelleher (above) then reminded the audience why they were gathered that morning: to “prepare a bold new generation of Canadian entrepreneurs to move the needle on Canadian prosperity.” 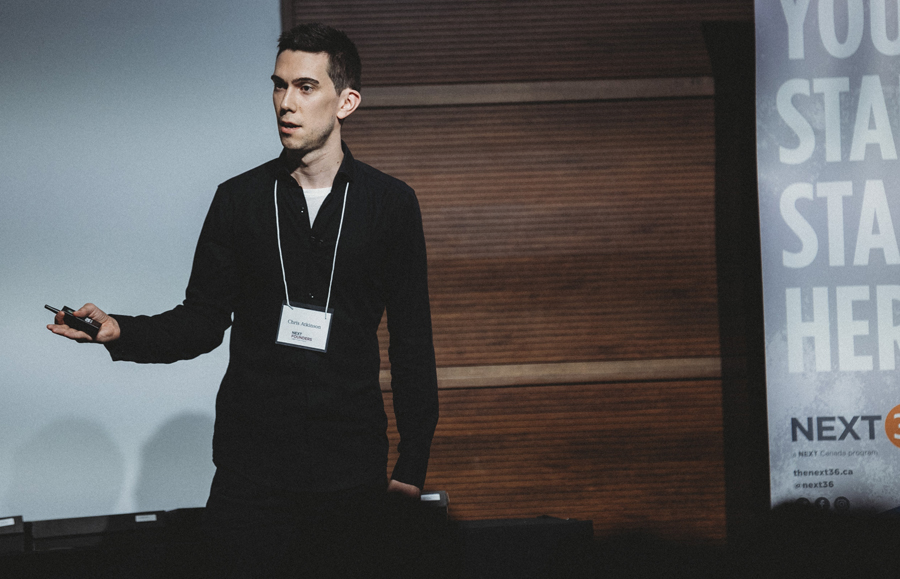 Fleetops founder Chris Atkinson was first to take the stage. His venture matches truck drivers, Uber-like, with the perfect shipment opportunity at the best point in time. The company’s original goal for this past June was to complete 5,000 matches but they had already surpassed that by March. 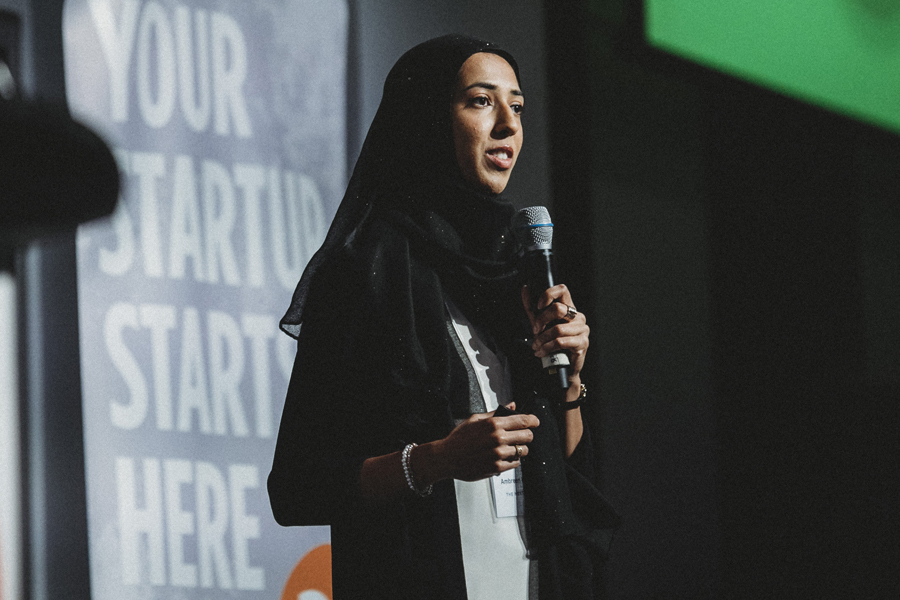 The second entrepreneur of the morning was Momentify CEO and co-founder Ambreen Khan. Her venture is seeking a $350,000 investment to develop technology that solves the growing problem of loneliness experienced by remote workers. 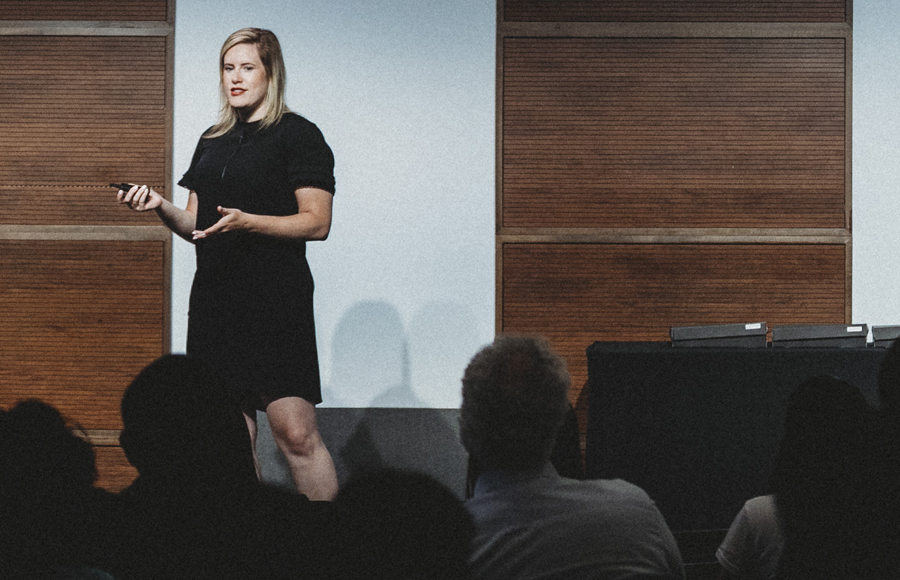 Healthy Pets, founded by Next Founder Emma Harris, is Canada’s first solution for video medicine in veterinary care. Harris explained the need for connecting local veterinarians with pet owners on demand as more important now than ever because the relationship that we have with our pets has changed dramatically over the past century. 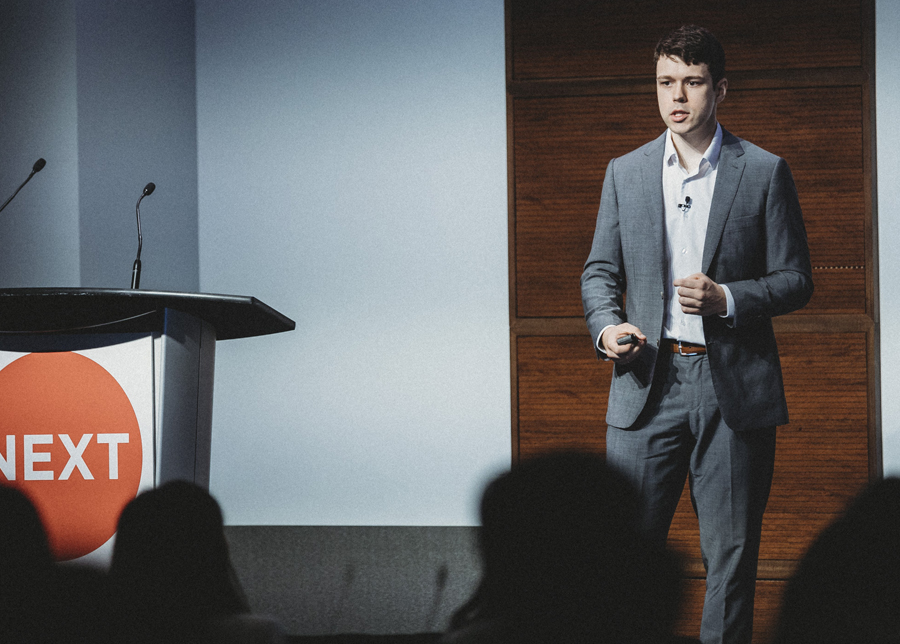 Like Harris, SensOR Medical Laboratories founder and CEO Robert Brooks dealt with medical concerns, but of the human variety. In his pitch, he mentioned that SensOR’s patent pending ForceFilm technology provides a virtual sense of touch in minimally invasive and robotic surgeries to improve surgical precision and reduce medical error. 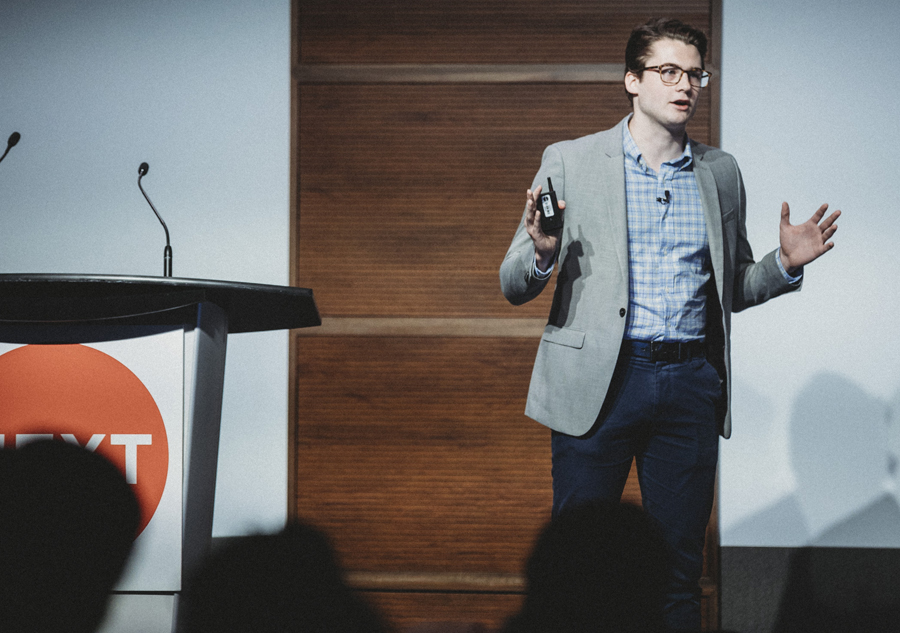 Braden Ream of Storyflow informed the audience that smart speakers would be in 95 million American homes in three years, which is a faster growth rate than smartphones. Within 90 days, Storyflow has already made it easier for 250 active listeners and more than 100 waitlisted creators to create and share interactive stories on smart speakers. 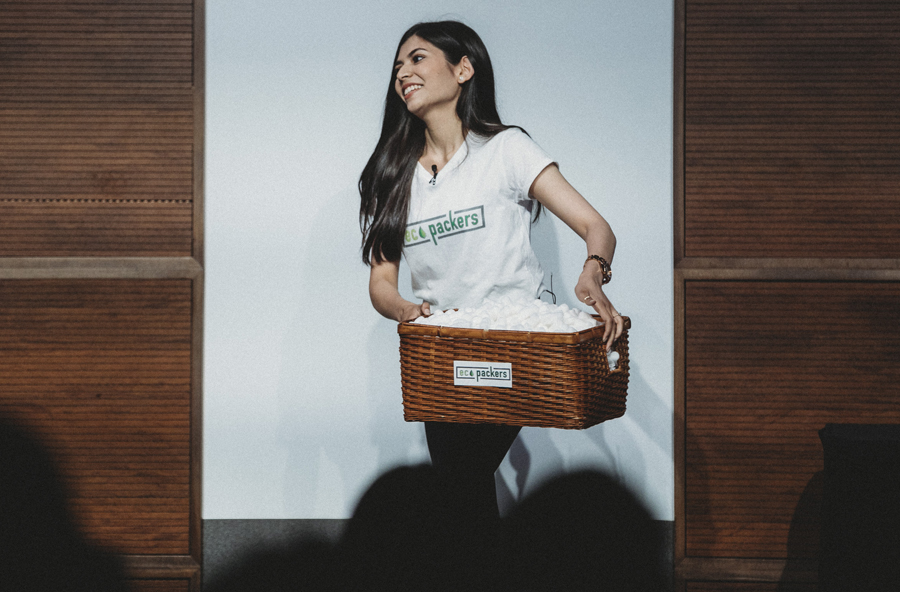 On a different spectrum, Nuha Siddiqui of Ecopackers has developed a biodegradable and non-toxic alternative to styrofoam, and it is quickly gaining the attention of industry giants. The company has received six letters of intent and projected $1 million in sales for 2020.

“I was just a recent grad when I started at Next Canada and I think the resources and the foundation that NEXT provided me with has helped me transition from being a full-time student to being a full-time entrepreneur,” Siddiqui said. 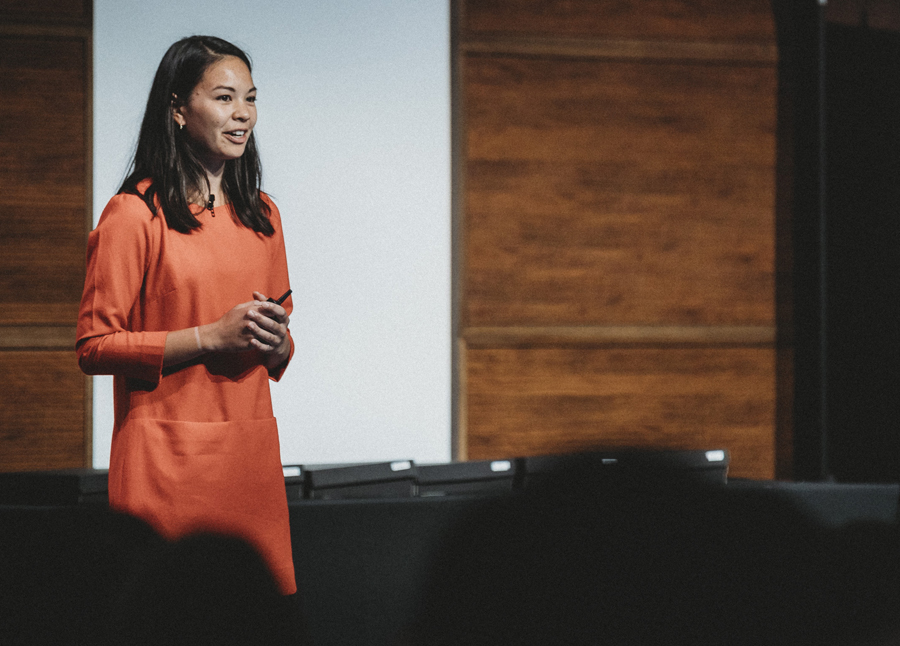 By trade, Shelby Yee is a geological engineer, and she is also co-founder of RockMass. She explained that not only does her venture enables mines to operate “18 times faster than methods that are currently being used,” it’s cleaner and safer too. 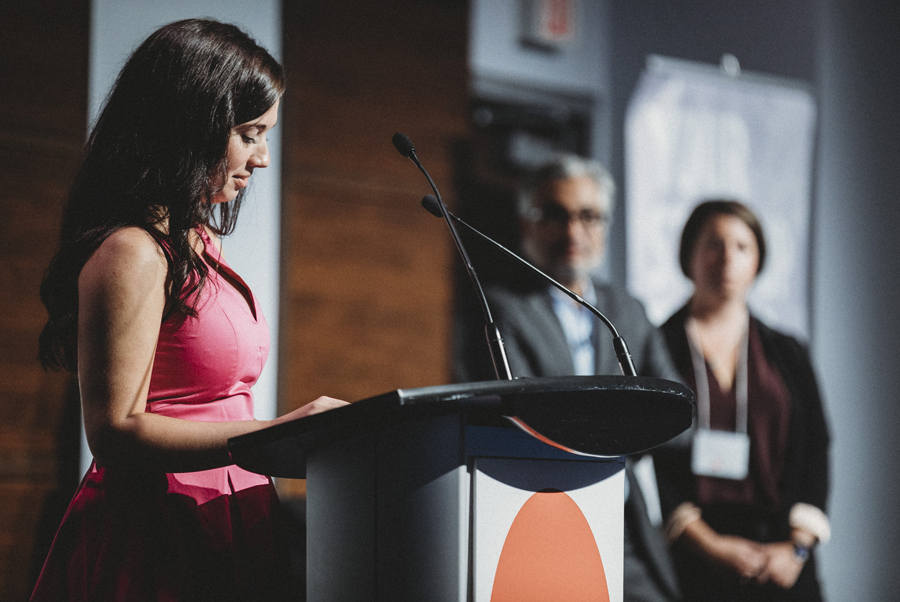 The next pitch came from Satchu Award winner Emily Bland (above and header image). Her venture, SucSeed, allows families to grow fresh produce year-round for fewer than 30 cents per day by using hydroponic grow tanks. Currently there are 900 families coast-to-coast using her service, and later this year Tim Horton’s will be placing Bland’s product into every elementary school in Canada. 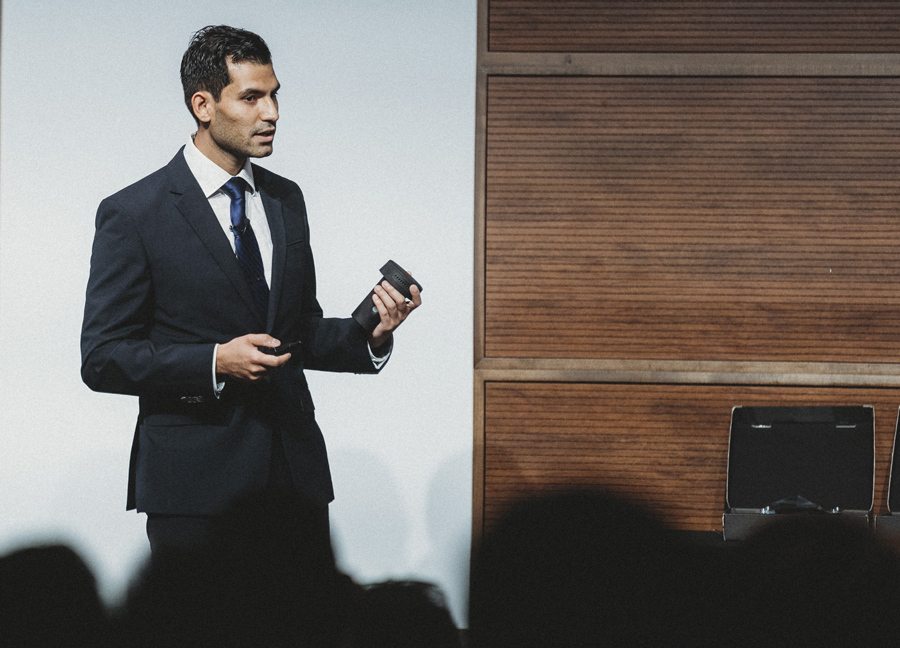 Sobie Systems Inc. founder Sobhan Etemadi personally demonstrated his product, Everest, a real-time monitoring system for HVACs which has the potential to prevent tens of thousands of North American homeowners from being hospitalized due to CO2 poisoning. Etemadi was happy to announce that his venture has been endorsed by fire departments and has two nationally recognized distributors in place. 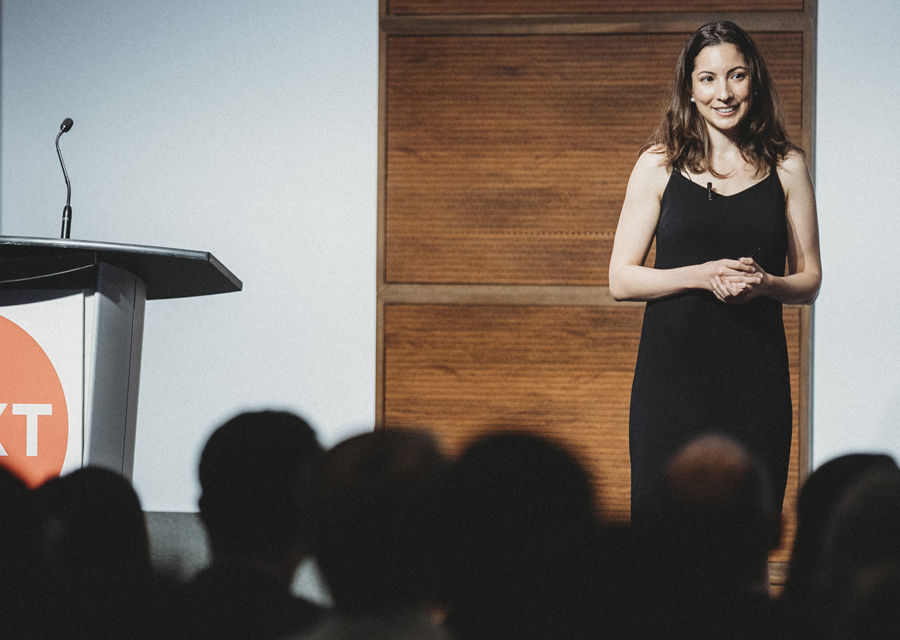 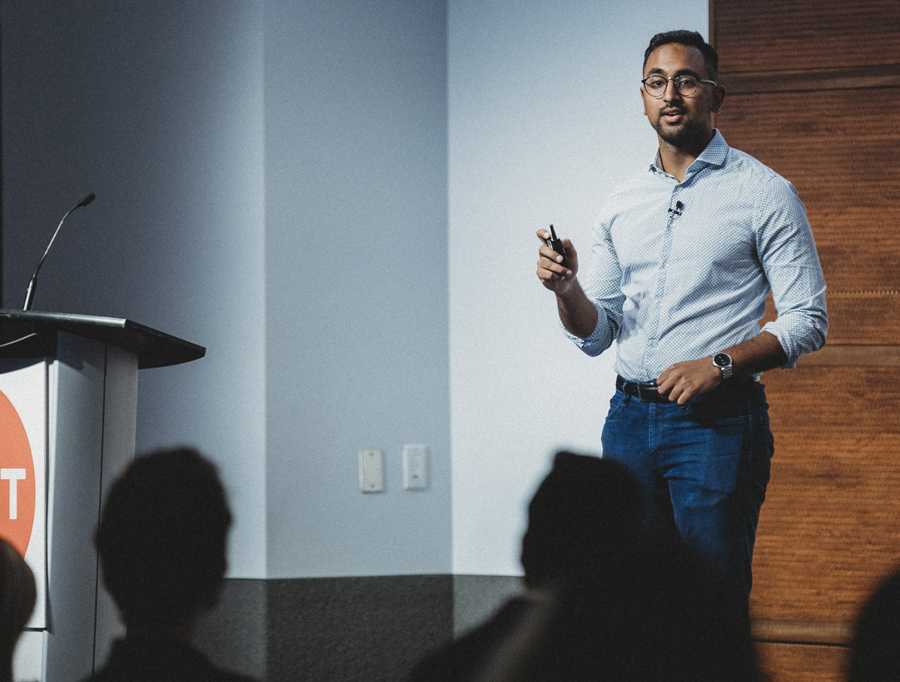 The Next 36 Outstanding Venture Award winner, Crescendo, has developed a tool that sends employees personalized diversity and inclusion training through Slack and similar workplace communication platforms in order to identify and resolve bias in the workplace. Co-founder Daniel D’Souza explained that Crescendo already has nine early adopters in the pipeline for paid pilots and has raised $240,000 in the last nine weeks. 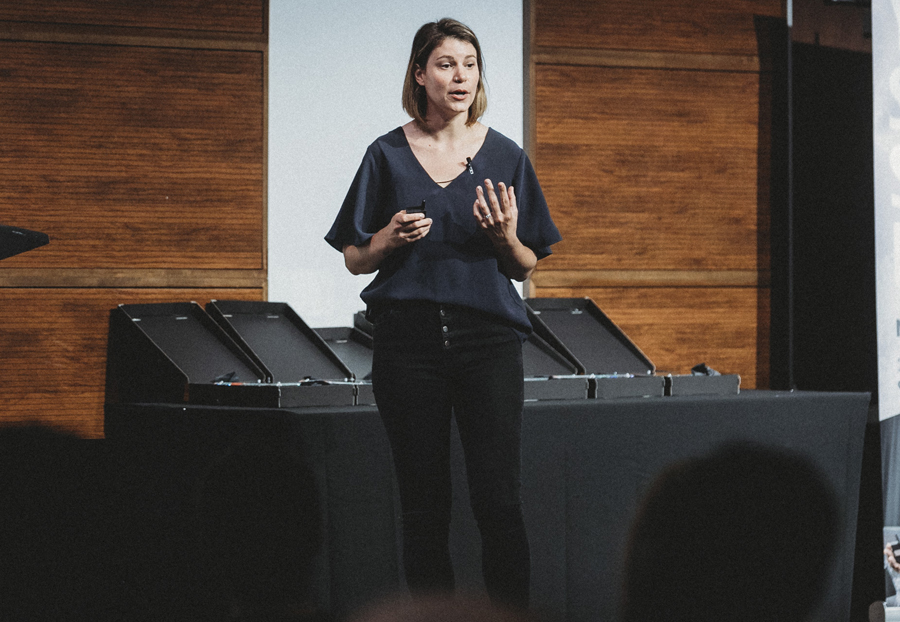 Lindsey Lorusso of Nudnik followed Crescendo and discussed how her contemporary unisex kids clothing line is transforming the textile waste industry. She explained that, “typically textile waste is disposed of in landfills or burnt; however, with Nudnik’s line of bright kids’ wear we are turning scraps of fabric into the next big trend!”

Other Next entrepreneurs recognized for their outstanding performance and achievements in the program included: 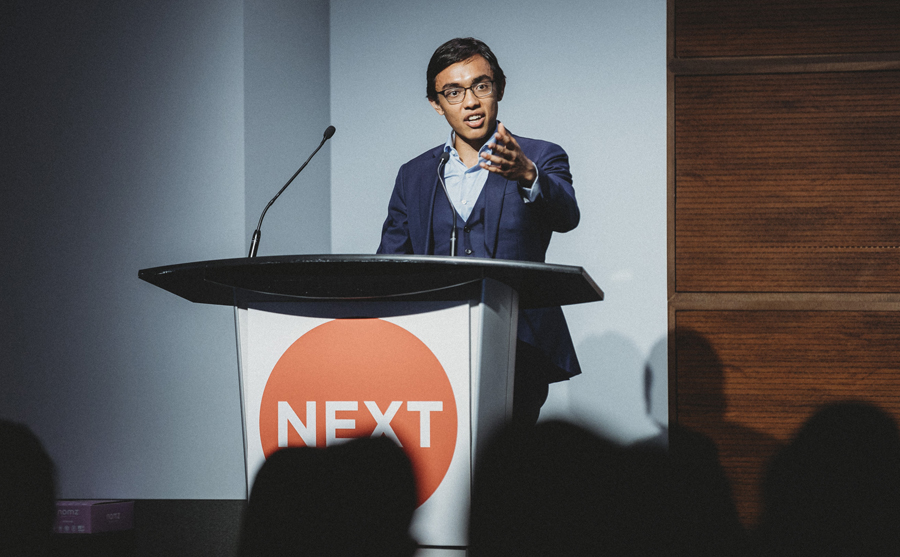 “I had an amazing experience at Next and came out of the program in 2011 with a brand new vision. The network that I was surrounded by made it completely possible for me to come from a small town with a vision and execute,” Rodic said.