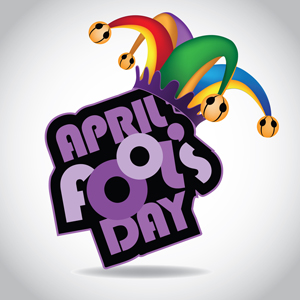 April Fool’s Day has become a bit of a competition among Internet brands, but the terms of who comes out as the winner aren’t exactly clear. Whether the goal is to create a convincing farce or just the most hilarious gag, companies from Google to Uber are getting in on the fun with unique and creative works to mark the day of hooliganism. Whether you were fooled or not, or maybe just won’t admit it, here’s a collection of the 10 best tech-related gags we saw online today. 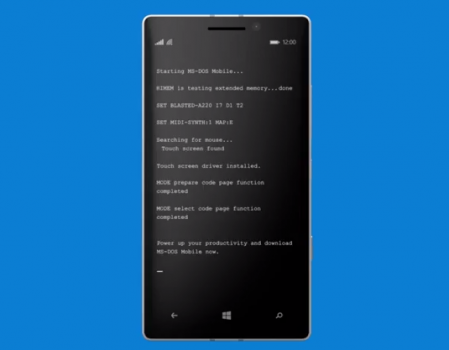 You have to give Microsoft bonus points for nostalgia in its release of its MS-DOS for Mobile gag. Microsoft says it’s going “back to the basic” with this black and white text interface. The best part is that Nokia Lumia users can actually download this as an app, and use the command line interface on their devices, which also includes an ASCII-art filter for the camera. Typing in commands to the C:/ prompt should be fun for a few minutes before you delete this app and go back to a GUI world. 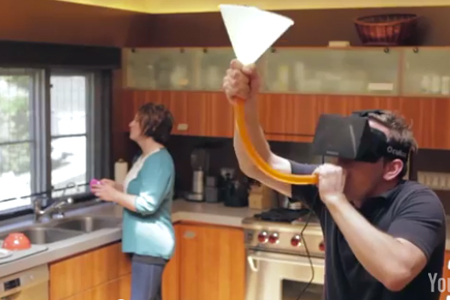 If you often wish you could relive your college days, a crowdfunding campaign on Tilt promises you can achieve that with the help of virtual reality. UniVRsity: The Virtual Reality College Experience, uses the Oculus Rift headset to simulate drunk vision, a simulation of running away from police and doing keg stands. The dynamic between the entrepreneurial duo in the campaign video is particularly amusing as they tell us how they plan to execute on “the virtual victory lap.” 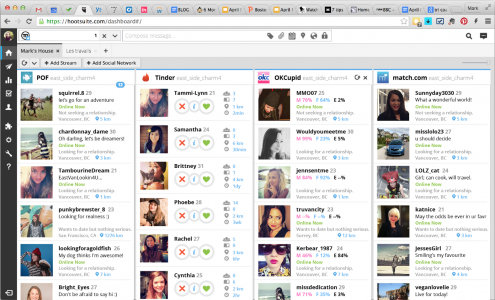 Perhaps some of you with particularly busy social calendars wish that Vancouver-based HootSuite Media Inc. really was releasing Hootmeet, a new dashboard to consolidate your dating profiles. If you tire of juggling all the incoming messages you get on Math.com, OKCupid, Tinder, Plenty of Fish, and Christian Mingle, this dashboard is the solution for you. You can cross-post and search for matches across multiple sites, use the Dating Profile Grader to score your matches, and ask friends to help you find dates. 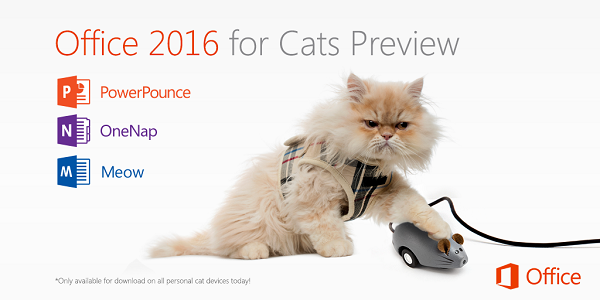 Dogs are man’s best friend, so there’s no way we would subject them to a PowerPoint presentation. So we’re fully onboard with Microsoft’s new office suite, Office for Cats. Microsoft is starting slowly with this new market; the Office 2015 for Cats Preview (available for free download now) contains just three apps: PowerPounce, OneNap and Meow. It’s the puuuurfect software suite for your working cat. 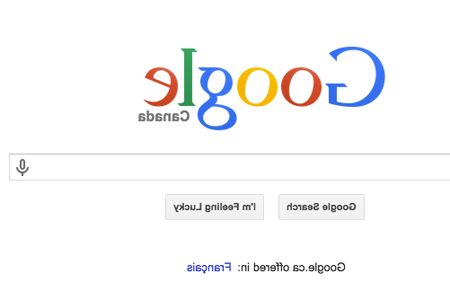 Google Inc. made use of its new top-level domain to pull of an interesting prank with its search engine, found at the URL com.Google. Visitors to the site who perhaps typed Google’s address incorrectly into their browser will see a mirror image of the normal search engine – sort of like the URL itself, get it? And yes, you can search with the tool and get results in mirror view as well. 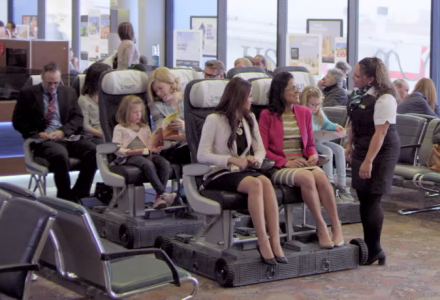 For those who hate waiting in line multiple times at airports, WestJet has a high-tech solution – SmartSeats! Travellers simply sit in their seats in the lounge and then are automatically motored onto the plane just before departure. The tongue-in-cheek Youtube video almost makes it seems like a really great idea until things start going awry. In the end, WestJet comes clean about the gag to make sure you’re not disappointed on your next flight.

Cameras have been put to great use in vehicles in recent years. For example, cameras provide better views of your car’s rear bumper when you’re reversing into a tight spot. But Honda is taking it to a whole new level with the CR-V Selfie edition. The SUV is outfitted with 10 selfie cameras, embedded in both the interior and exterior of the vehicle. As 20-something beta tester Ashley tells us in the Youtube video “When I saw it, I was like ‘Honda gets me.'” Of course, safety must be considered and the selfie cameras only work when in park. 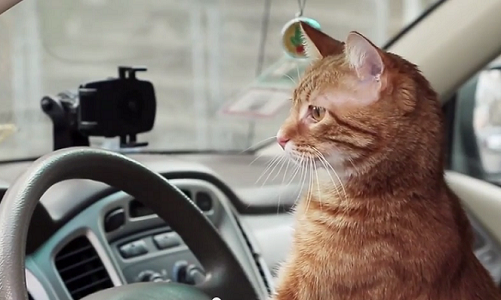 Thanks to Groupon, the future is meow. The cat is out of the bag on the company’s new competitor to Uber, called Grouber. Rather than relying on human drivers like taxis or Uber, Grouber has a team of highly-trained cat drivers that will claw their way through traffic to get you where you’re going. All the drivers have been spayed or neutered, and every experience promises to be a paws-itive one. 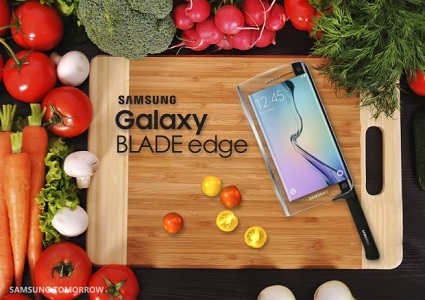 Mobile devices are getting so thin you could almost cut your finger on the edges. That may be the inspiration for the latest edition to the Samsung Edge family, the Galaxy Blade Edge. This smart knife doubles as a smartphone, but according to Samsung, its integrated sensors and culinary algorithms allow you  to chop and cut up to 50 per cent faster than traditional knives. The thermometer stylus is an optional accessory. 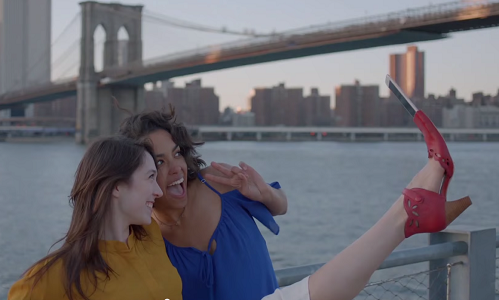 While the invention of the selfie stick has solved a very real problem that has plagued society for months, it has also created a new one: bypassers taking your selfie stick and beating you with it. Enter Miz Mooz with selfie shoes. Now, as long as you have the flexibility of a ballerina, just slide your smartphone into the slot on your selfie shoe, lift your leg and click the selfie with your toe. At last our long global nightmare is over.