Tech predictions for 2015 – the fate of mobile payments, BlackBerry, and the Internet of Things

In 2015: Predictions for the year ahead from IT World Canada 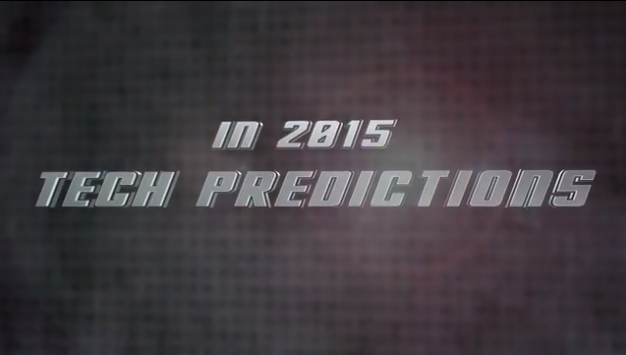 Who knows what the future holds? Well the editorial staff at ITWC think they’ve got an idea or two. We make our predictions for the year in tech ahead, from topics such as Apple Pay, BlackBerry’s bottom line, the Internet of Things, and Angry Birds even makes an appearance. We hope you won’t bookmark this page and check up on our predictions a year from now, but here’s our staff’s best bet in a series of short videos.

Apple Pay stays out of Canada

Apple Pay will stay out of Canada. Banks will continue to push their own mobile apps as a method of digital payment rather than make a deal with Tim Cook. Read more on this prediction.

The ability of IT to prevent network intrusions won’t improve

The ability of IT to prevent network intrusions won’t improve. There will be more stunning attacks, says Howard Solomon, who was the editor and senior writer at ITWorldCanada.com until his retirement this month.

The ‘Angry Birds’ of enterprise apps will take flight

Apple and IBM may have gotten the party started, but a new entrant will make some of the best mobile business software ever. Read more about this prediction.

Canadian marketers will become more involved with programmatic ad buying, and they will stop perceiving it as limited to real-time bidding for cheap ad inventory.

BlackBerry will break even and the end of packaged software

Buoyed by the success of the Passport, BlackBerry will finally break even in the upcoming year.  Meanwhile, 2015 spells the end to packaged software.

Windows 10 launches as an eternal platform.

Microsoft will release Windows 10 before the end of the year. It will be an eternal platform that is continuously updated. And for most people, it won’t be free. Read more about this prediction.

Shoppers will be pushed marketing messages based on location-based triggers. Look to Canadian Tire to be one of the first big chains to roll out Bluetooth beacons. Read more about this prediction.

Healthcare providers will be targeted more often for data breaches

We will continue to see a lot more data breaches for large retailers because attackers want credit card data. But we’ll also see healthcare providers get targeted as well.

Channel guru Bruce Stuart says that more vendors will split in 2015 the same way HP and Symantec have this year.

Connectivity is reaching everyday objects, but we’re predicting one possible disaster in the new year.

Wearables may not fit

SUBSCRIBE
Previous articleCanadian cloud services with skyrocketing revenue
Next articleSmartphones, wearables, and the Internet of Things: 7 things to look for at CES 2015

8 iPad productivity tools you need to have