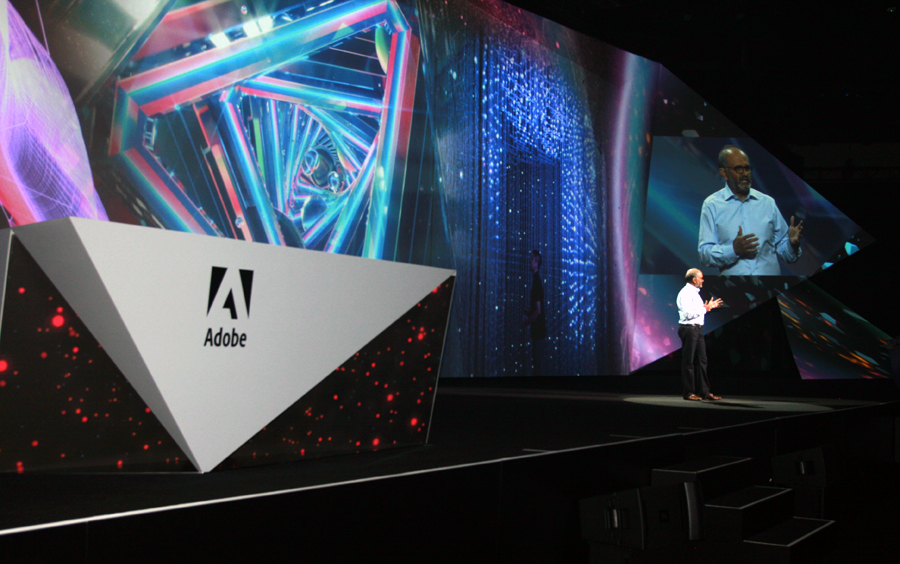 SAN DIEGO, Calif. – Adobe Systems Inc. kicked off its annual creative conference, Adobe Max, in high style Wednesday, with president and CEO Shantanu Narayen (above) delivering a keynote that included Bart Simpson himself addressing the crowd and several of Adobe’s top designers using the company’s signature Creative Cloud to create, edit, and improve a series of websites, posters, apps, and videos onstage in front of the audience’s appreciative eyes. Click ahead to see some of the highlights. 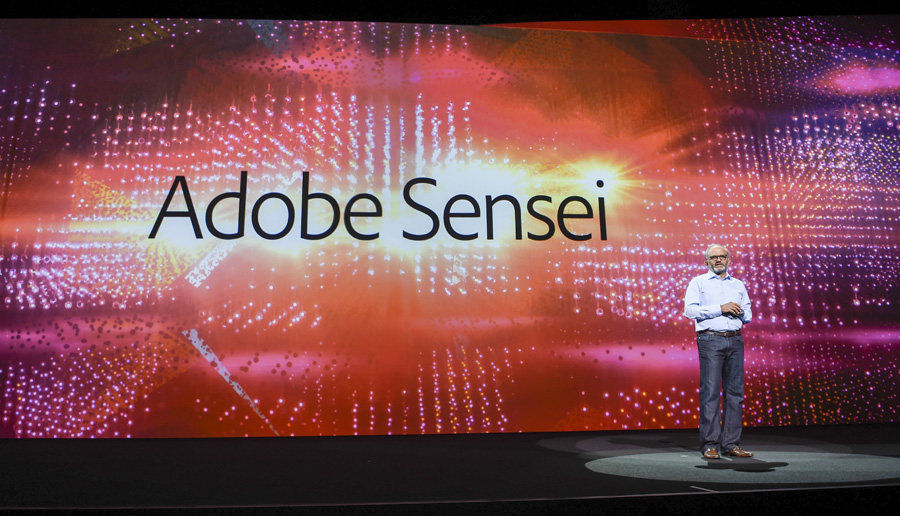 The biggest news unveiled at the conference was Adobe’s new machine learning-based collaboration platform, Sensei, which – in a perfect example of showing rather than telling – Adobe staff proceeded to incorporate into their subsequent presentations. (Picture courtesy Adobe.) 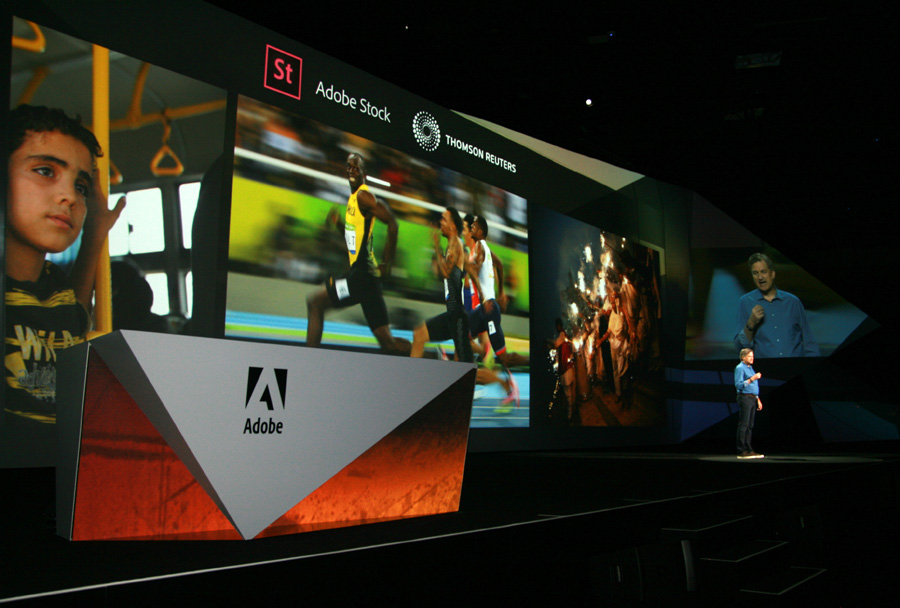 We’re pleased to report that Canada had its place at the conference, with Bryan Lamkin, Adobe’s executive vice president and general manager of digital media, announcing that Thomson Reuters’ considerable library of photographs would be added to Adobe Stock, the company’s carefully curated answer to Getty. 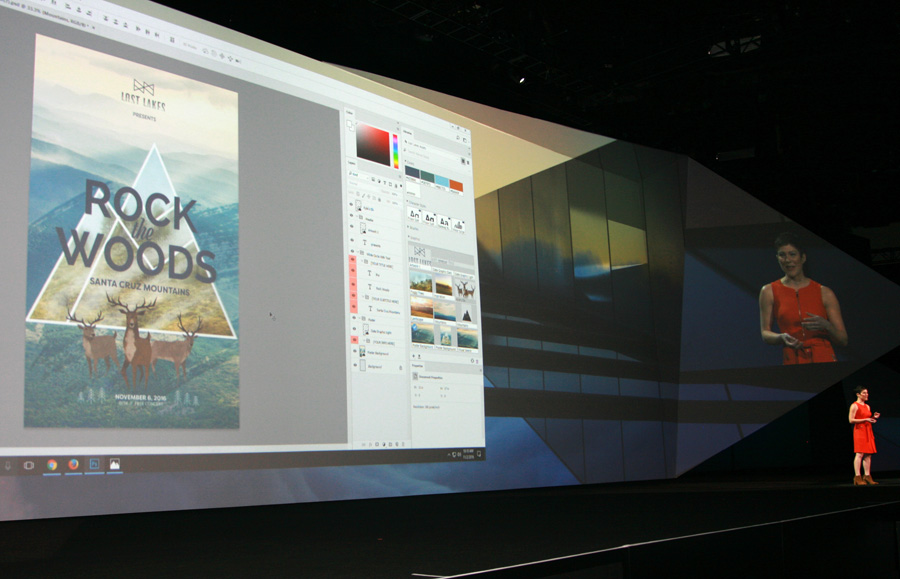 The first of several onstage collaborations saw designers Eric Snowden and Brooke Frances create a beautiful poster for what they claimed was a friend’s band in less than 15 minutes. 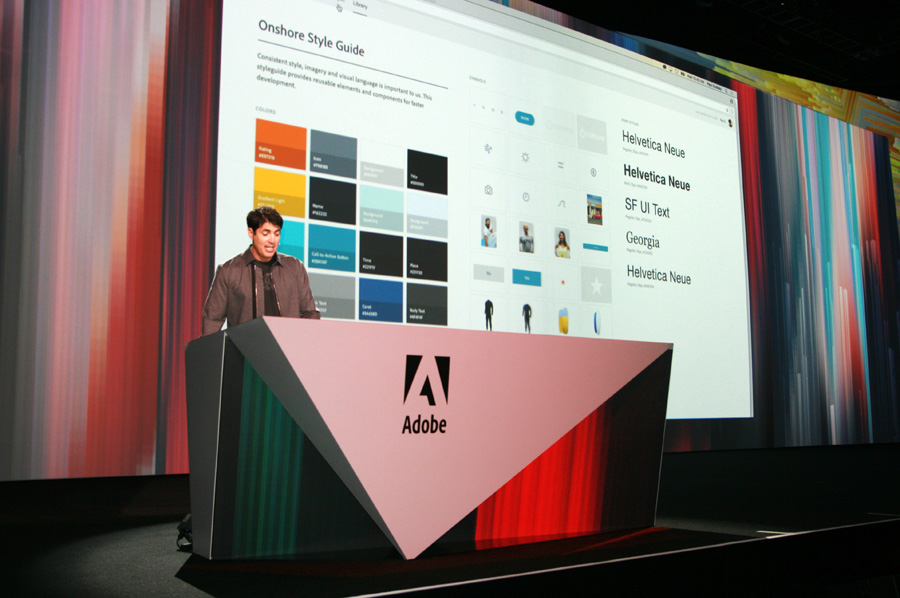 Paul Gubbay (above), Adobe’s vice president of design and web, and product manager Joan Lafferty were the next colleagues to collaborate, but Gubbay came out first. Meanwhile, this photo strikes us as an opportune time to mention the number of fonts now included in Creative Cloud’s typography program: more than 10,000, 1200 of them new. 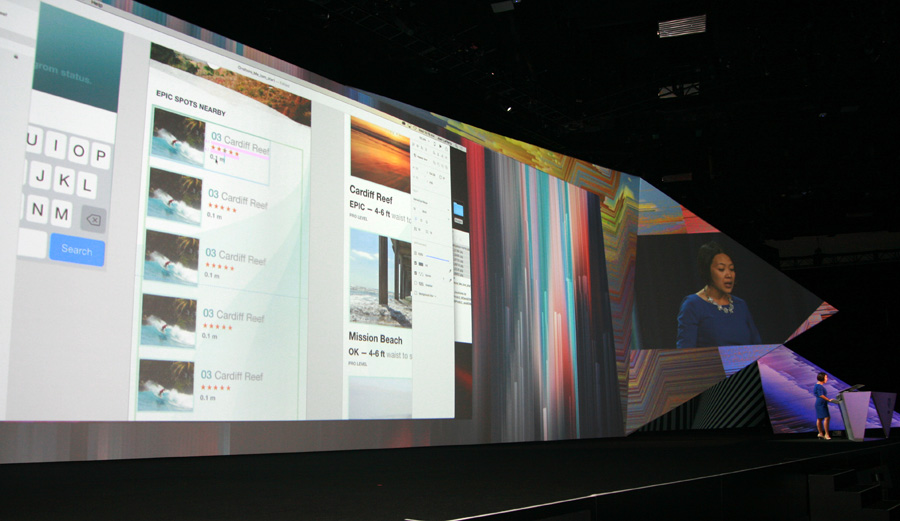 Gubbay and Lafferty’s project used Adobe XD to build a surfing application that would tell users where they could seek professional assistance, rent a board, or ride the waves. 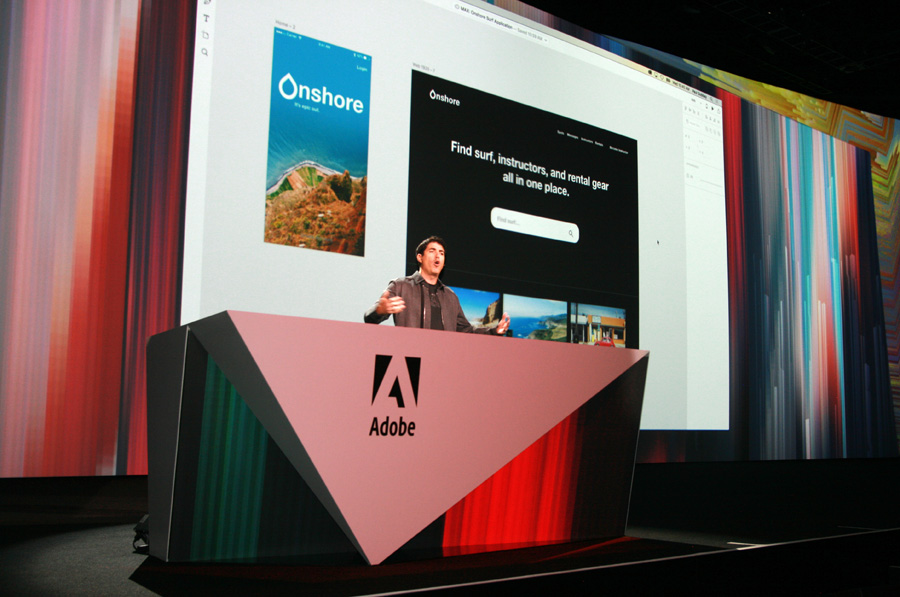 Gubbay then showed us how easily we could make what had been built as a mobile app work on other platforms. Surf’s up! 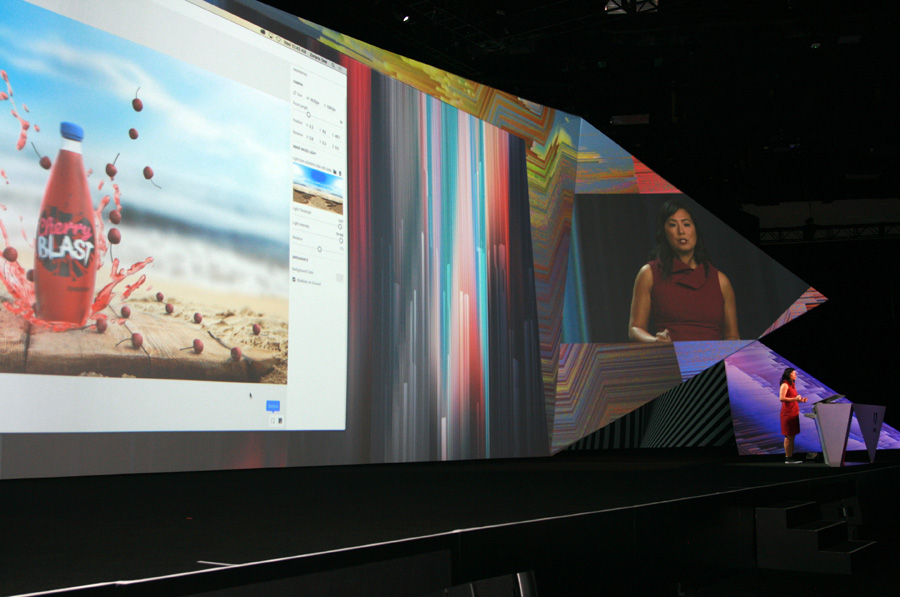 Next, Photoshop product manager Zorana Gee showed the audience how they could use the company’s new 3D image editing tool, Project Felix, to build an ad with a photorealistic bottle of red soda. 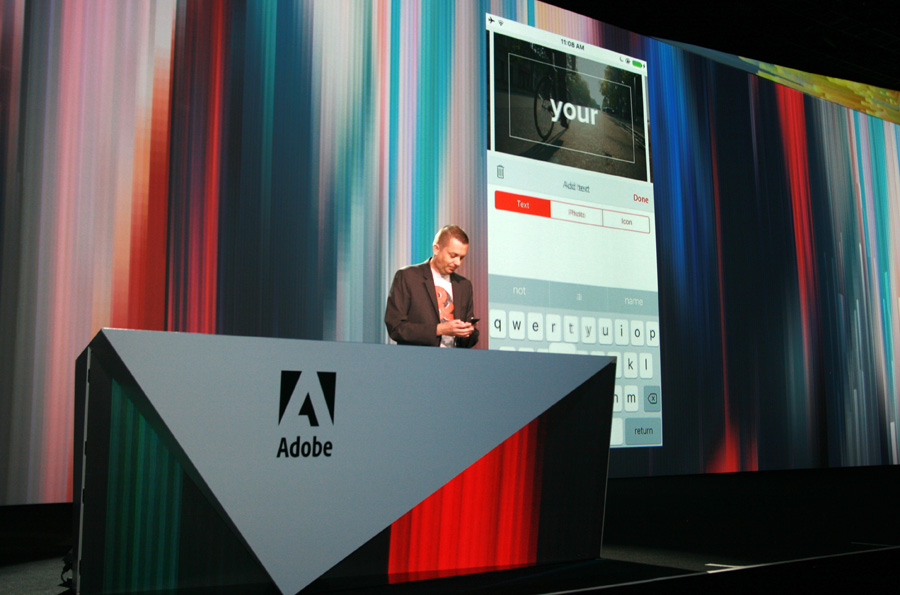 Michael Ninness, Adobe’s senior director of web and graphic design product management, had an idea for a website to support a charitable cause near and dear to him, “Recycle Your Cycle,” then used Adobe Spark to build it, first by creating and posting a quick video… 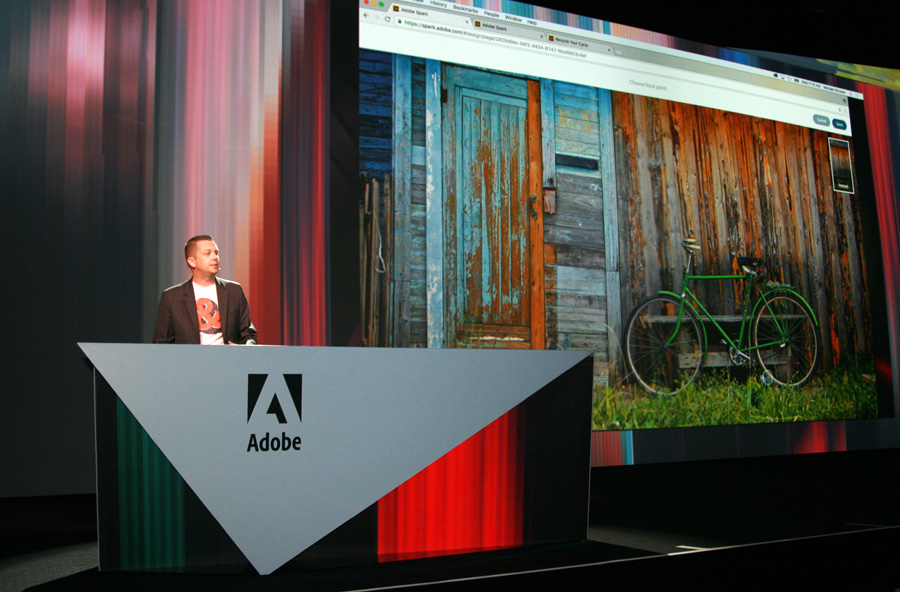 …then by turning his attention to other website elements, such as a cover photo that would remain centred on the same object no matter which platform it was on. 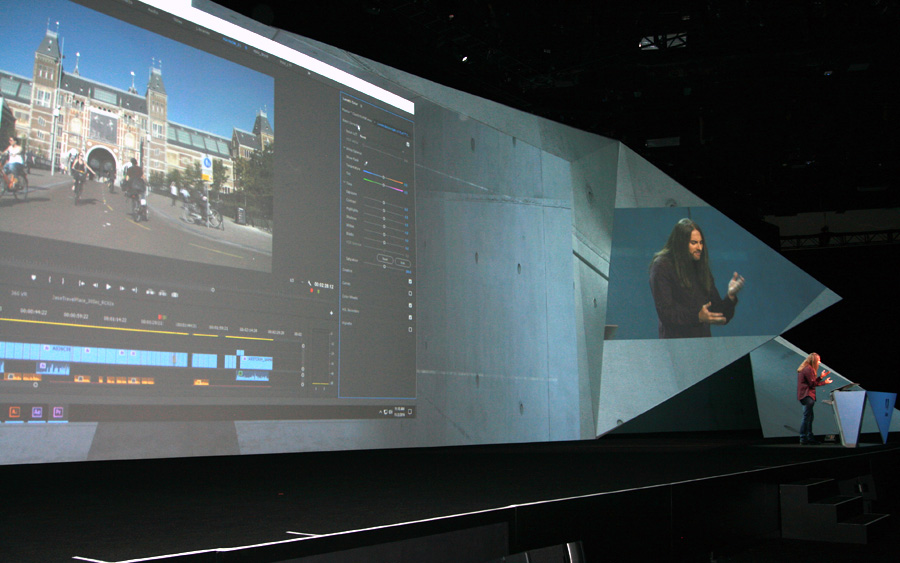 “Worldwide evangelist” Jason Levine, who based on his presentation could have been an actor-turned-rock-star or rock-star-turned-actor, walked the audience through an edit he made to his most recent travel vlog using the latest version of Premiere Pro: Turning greyish skies blue. 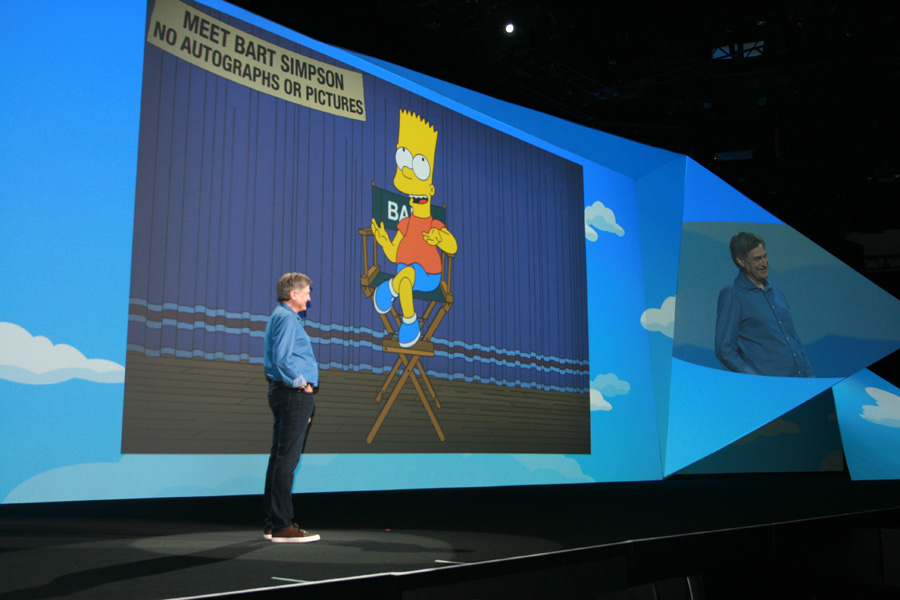 Not only did Bart Simpson make an appearance at this year’s Adobe Max keynote, thanks to Adobe Character Animator (the same program that debatably brought Homer to life during a much-hyped “live segment” last year), actress Nancy Cartwright did too. 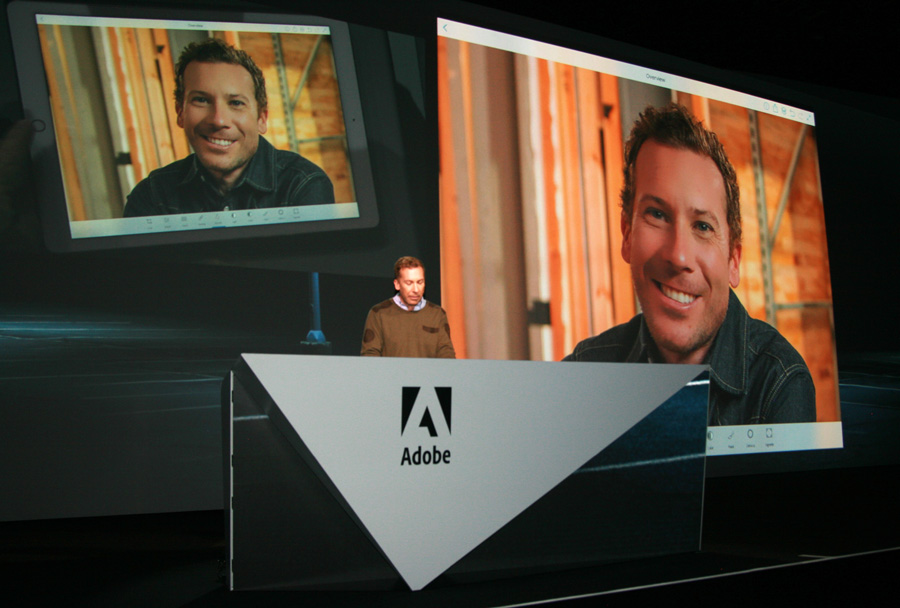 Bryan O’Neil Hughes, Adobe’s principal product Manager of digital imaging, took more than a few shots at himself as he used Lightroom mobile – essentially Photoshop on your phone – to clean his face up before announcing that Project Nimbus will be available in a closed beta next year.

Here’s what new Amazon Alexa products are coming to Canada – and...