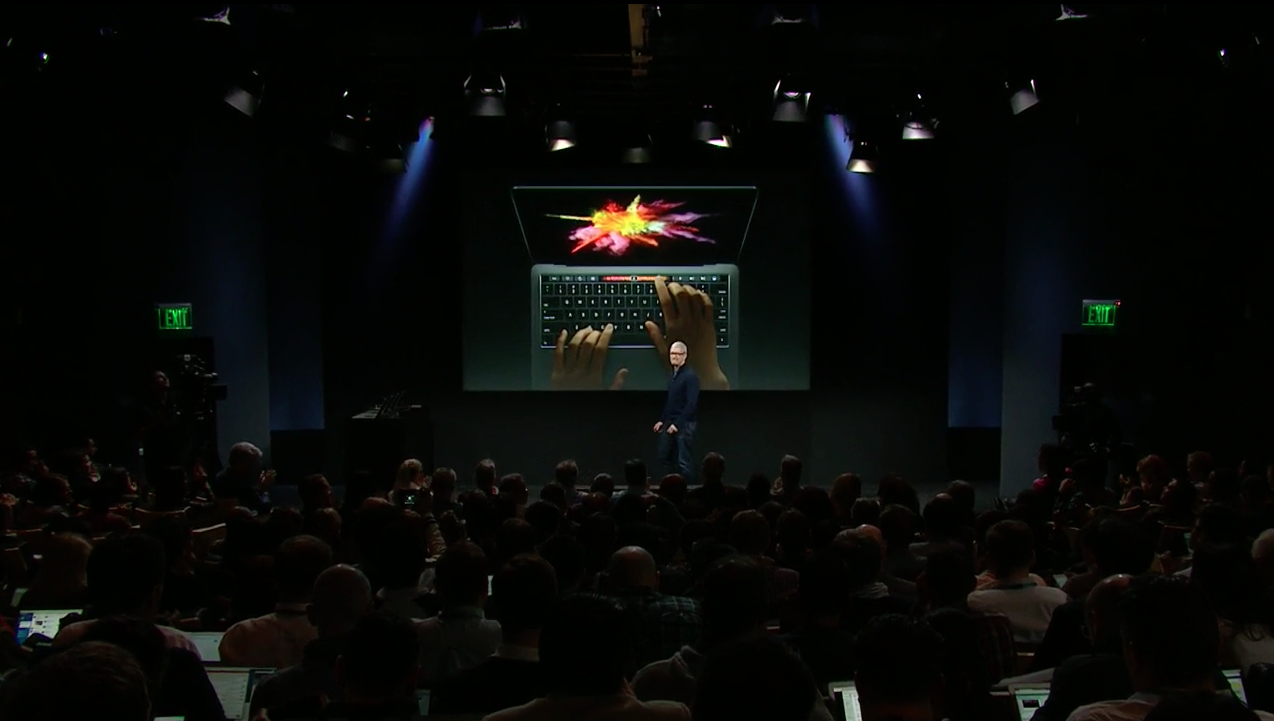 Apple Inc. released two new MacBooks on Thursday, featuring a totally new design of the keyboard area and overhauled internal specs. There were also new updates for its Apple TV product announced by CEO Tim Cook. Click on for some visual highlights.

“The future of TV is about apps,” Cook told the audience. So far there are 8,000 apps available to Apple TV. That includes 1,600 from video content providers. Soon enough, you’ll able to play Minecraft on your Apple TV too. Netflix is not an available source for the TV app, but the app can be accessed separately on Apple TV. 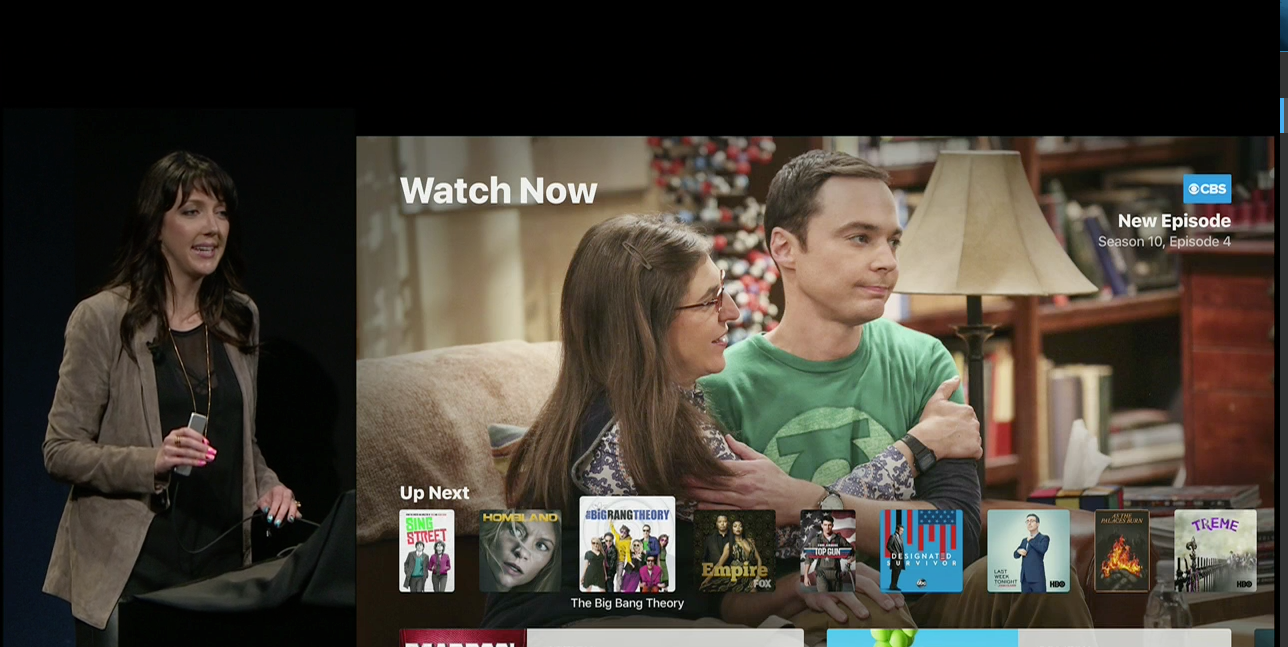 Apple showcased its new TV app, which serves as a content aggregator for content across different apps, including live content. Siri support allows you to call up live content without having to know what app it’s available on. The app is on iPhone and iPad as well. No release date was given for Canada. 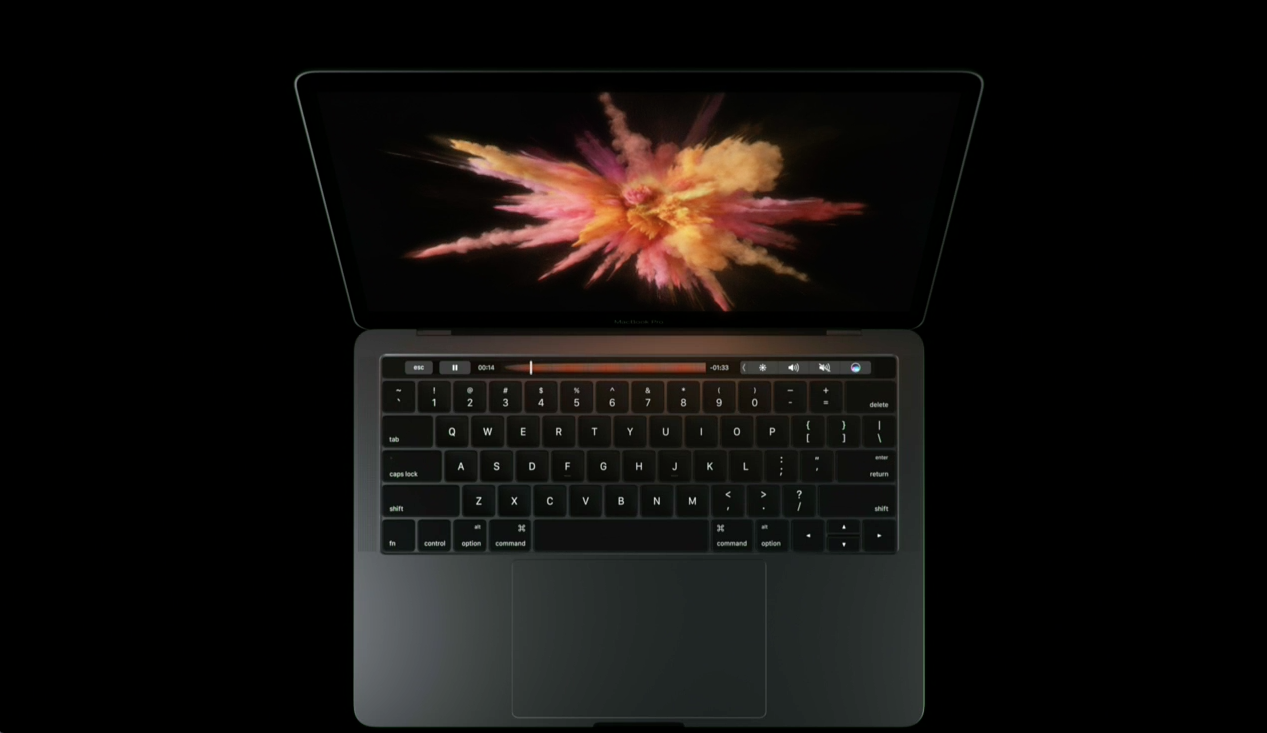 Phil Schiller, senior vice president of Apple, showed off the most notable feature of the new MacBooks. Replacing the line of function keys on the keyboard is a Retina Display touch-sensitive screen. Apple calls it “Touch Bar.” It’s able to adapt based on what apps you’re using. Apple will have custom Touch Bar interfaces for everything from web browsing to video playback to coding with Xcode.

Also on the Touch Bar is the Touch ID feature that iPhone and iPad users are familiar with. Supported by a new chip designed to provide security, users can complete purchases using Apple Pay and authenticating with Touch ID. For MacBooks with multiple users, Touch ID can trigger a switch to a different user profile.

Continuing with the theme of creating more touch-interactive space on the keyboard, the Force Touch trackpad is now about twice the size of previous generations of MacBook. Also, the new MacBooks will ship with MacOS Sierra installed. 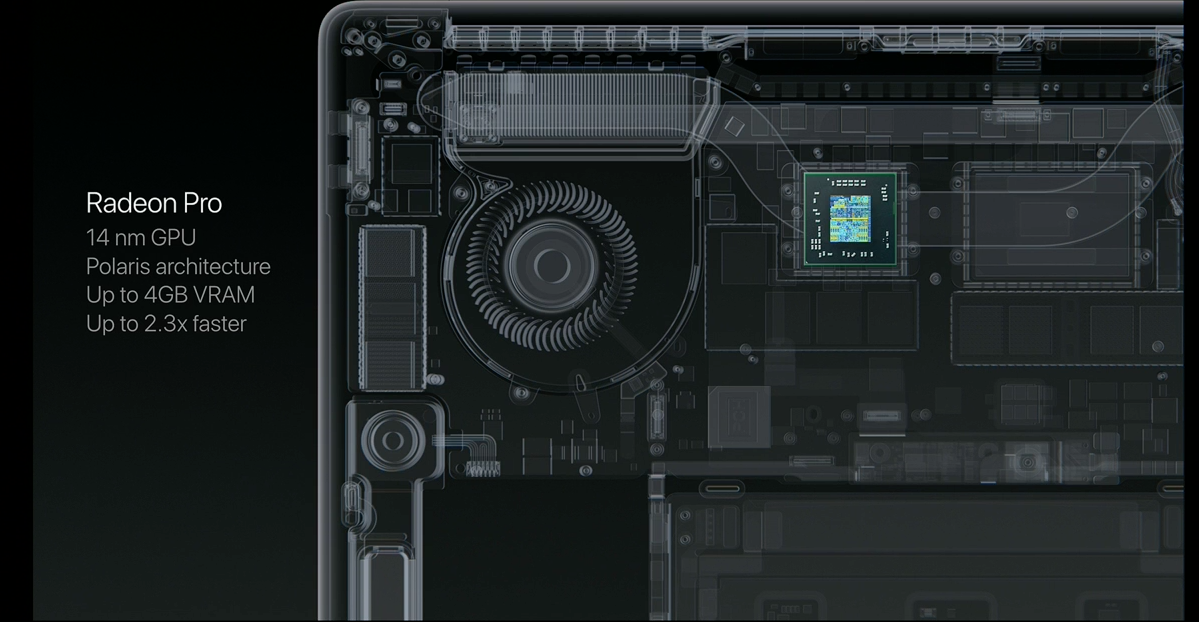 Diving into the hardware specs of the new laptops, Schiller revealed that Intel Core i7 powers the new MacBook Pro 15-inch. Graphics are powered by the AMD Radeon Pro with up to 4 GB of video memory and the mainboard RAM is complemented by 4 GB of video RAM. The SSD storage supports speeds of up to 3.1 Gbps and can be boosted as high as 2 TB. 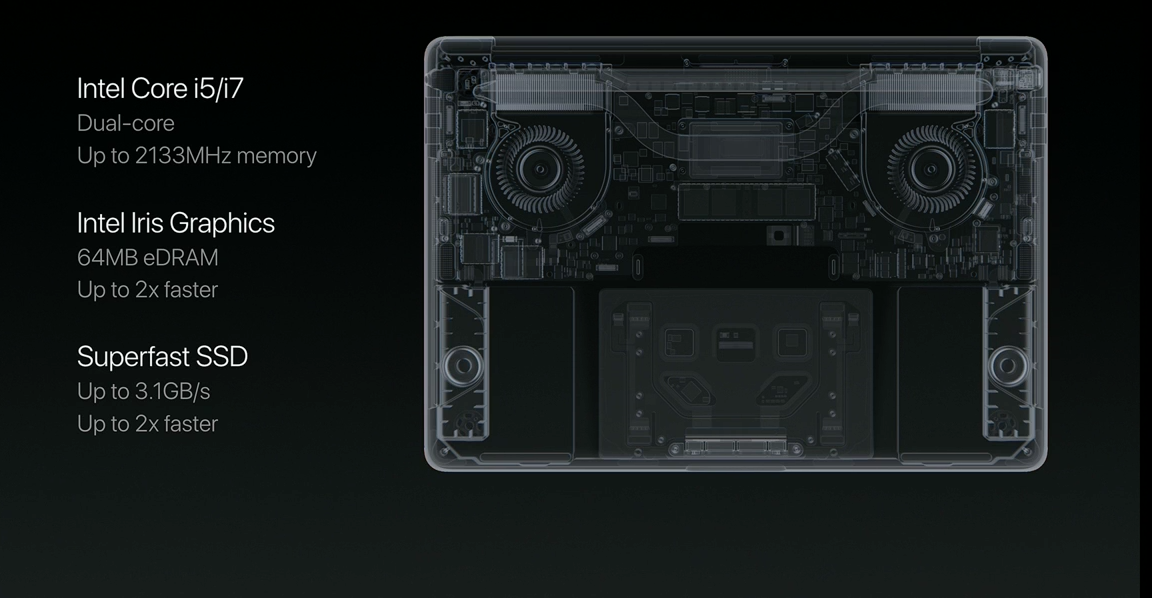 The 13-inch version can be outfitted with an Intel i5 or i7 processor and relies on Intel’s Iris video processing chip. The fast RAM is also available here. Both versions of the MacBook support four Thunderbolt ports, two on either side. These ports can be used to add peripherals such as monitors, extra storage, and can all provide power to the peripherals. 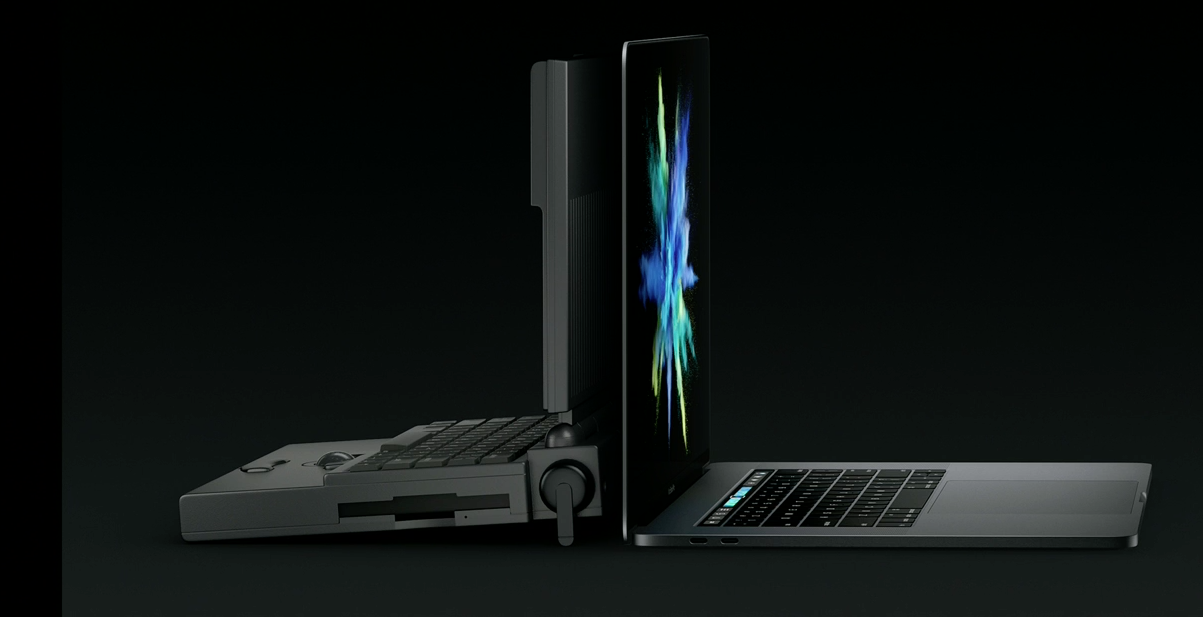 While there is no new MacBook Air, a new alternate model of the 13-inch MacBook is smaller and thinner than the MacBook Air. It cuts the Touch Bar and two Thunderbolt ports in order to save that extra space, and come in at a less expensive price. 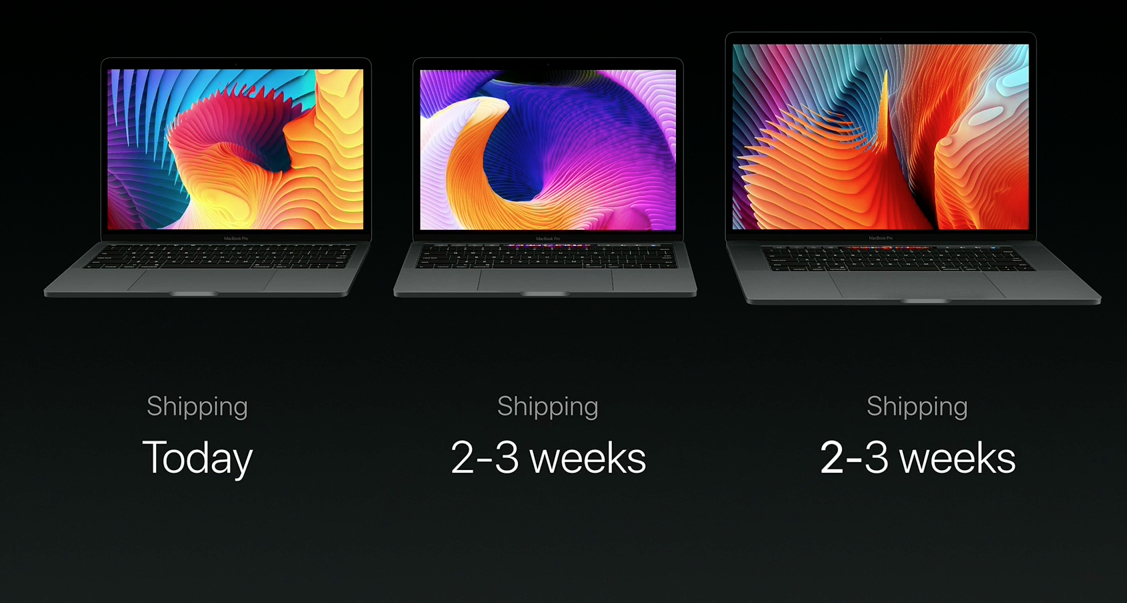