A new four-inch iPhone, a 9.7-inch iPad Pro, and a lower price for the Apple Watch were just some of the new features shown off by Apple Inc. CEO Tim Cook during a March 21 event at the company’s Cupertino, Calif. headquarters.

Cook began his presentation by acknowledging the elephant in the room, reiterating that Apple would not be backing down in its high-profile battle over security against the FBI, before handing the reigns over to a succession of Apple executives who showed off the company’s latest gadgets. 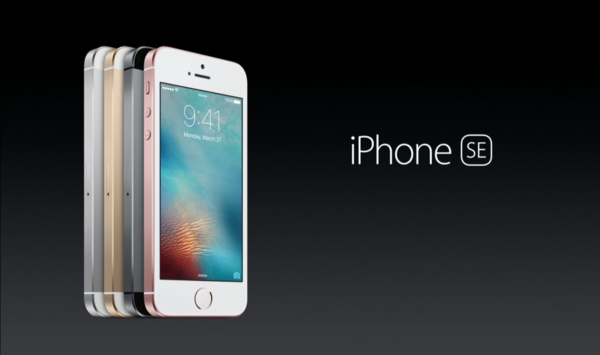 The big – or rather, small – announcement, of course, was the company’s new iPhone, the iPhone SE, a four-inch model aimed both at those who love smaller phones and consumers on a budget, though Apple vice-president Greg Joswiak repeatedly emphasized the device’s horsepower, highlighting such features as its advanced 64-bit chip, 12-megapixel camera, 4K video, and Touch ID. 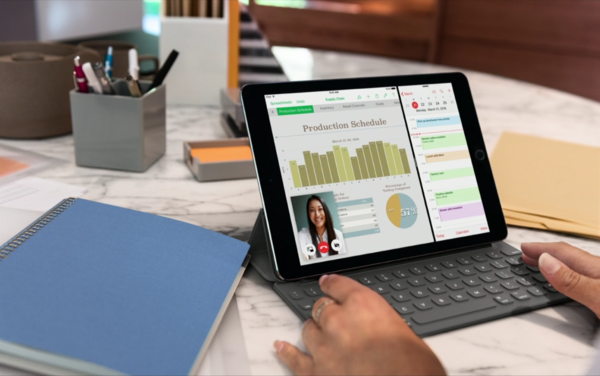 Sure, we called it a device with an “identity crisis” that wasn’t sure whether it wanted to be a tablet or replace a PC, but apparently the 12-inch iPad Pro has been a hit with consumers – enough for Apple to introduce a second version that measures 9.7 inches, the size of its most popular iPad model, the Air 2. 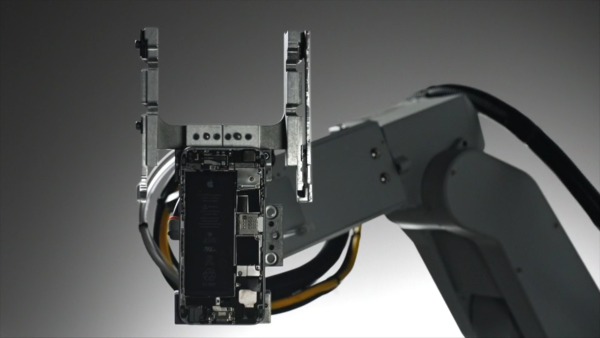 This is Liam. Liam is a new tool in Apple’s ongoing efforts to run on 100 per cent renewable energy, by helping the company recycle used iPhones.

During his presentation Cook, who has spoken out against climate change in the past, announced that 93 per cent of Apple’s facilities now run on renewable energy, including 100 per cent of its facilities in Canada, the U.S., and 21 other countries. 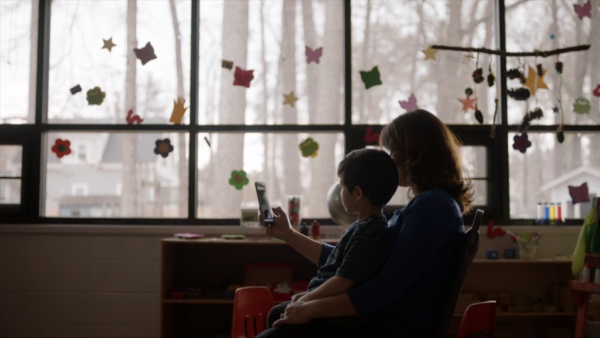 After emphasizing Apple’s commitment to improving the environment, Cook brought in chief operating officer Jeff Williams to show off CareKit, the company’s new open source health app platform which allows researchers and physicians alike to monitor a variety of factors in patients, such as their temperature, ease of movement, skin discolouration, and tolerance for pain, and respond accordingly – making the new platform a boon not only for users, but their doctors too. 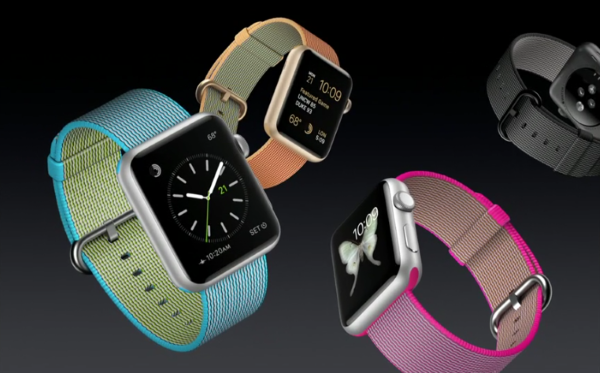 New wristbands (and a lower price) for the Apple Watch

If any company can make a new line of nylon wristbands sound exciting, it’s Apple, though the company is likely counting on the new $399 price tag of the Apple Watch Sport to convert more customers than the pretty colours. 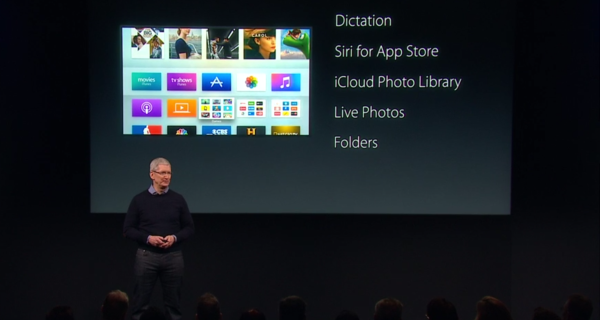 Cook highlighted the latest updates to the company’s Apple TV and iOS operating systems, which were released today. The former adds such features as Siri remote dictation, app folders, the ability for users to access their iCloud photo library, and Bluetooth keyboard support to Apple TV, while the latter earns its own slide. 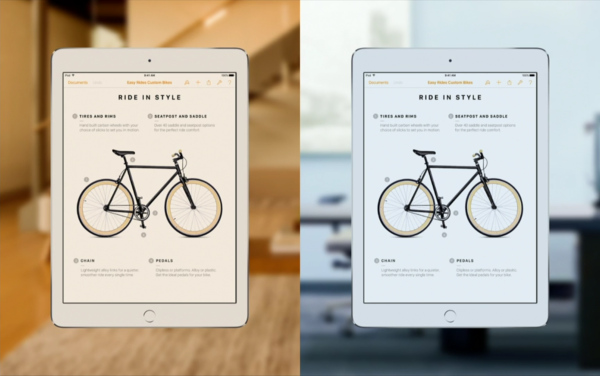 Most of the updates to Apple’s iOS 9.3 were minor, but two bear special mention: The new night shift feature automatically changes your device’s colour palette depending on the time of day, reducing the amount of blue light emitted after sunset and making it easier for users to fall asleep.

In a similar vein, the system’s new true tone display (above) measures ambient light and adjusts the screen’s tint and brightness accordingly, much like a sheet of white paper. 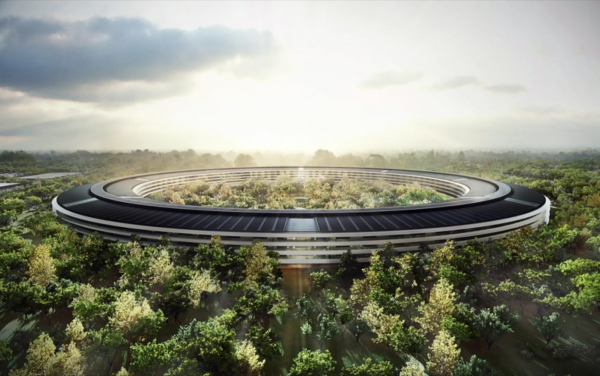 Before ending his presentation, Cook casually mentioned that it would be the last held in the storied town hall where Steve Jobs launched the iMac all the way back in 1998. As part of Apple’s commitment to environmental sustainability, he expects the company’s next presentation will be given at its new “spaceship Cupertino” headquarters, expected to open sometime in 2017.