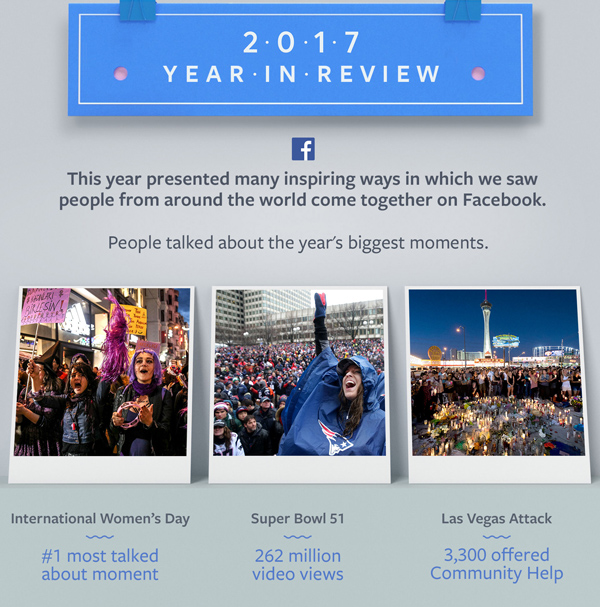 Facebook Inc. has released its annual year in review, including a list of the top 10 topics that were trending across Canada in 2017. More so than last year music dominated the list, with musicians lost over the course of the year representing four of the 10. Read on to learn the others.

10. Quebec City violence: When a French-Canadian university student killed six people and injured five others at a Quebec City mosque, Canadians were quick to show their support, Facebook said.

8. United Airlines incident: Dr. David Dao’s forced removal from a United Airlines flight was the passenger bump heard around the world, including Canada. Two officers were later fired, and two others suspended, over the incident.

5. Tom Petty: But even Bennington and Cornell’s deaths paled in comparison to that of rock legend Tom Petty, whose October death was mourned most in the U.S., Canada, and the U.K., Facebook said.

4. Alyssa Langille: Canadians were relieved to learn this Mississauga, Ont. 15-year-old, the alleged victim of an abduction that never actually occurred, was safe. 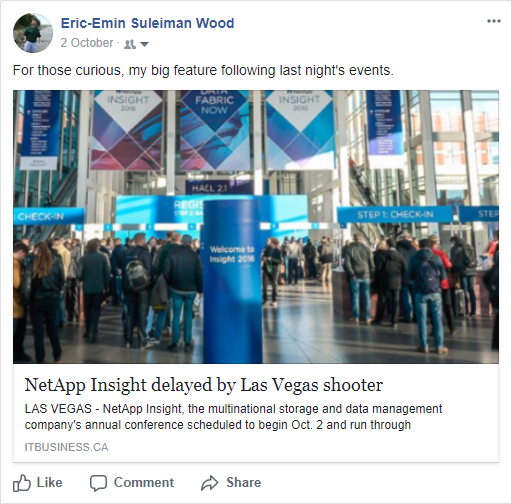 3. Las Vegas shooting: The author of this slideshow was closer to this October tragedy, in which a Las Vegas resident killed 59 concertgoers and injured more than 500 others, than most. You can read the resulting feature here.

2. Gord Downie: No Canadian will be surprised by the musician who received the largest outpouring of grief from Canada’s Facebook users, as the lead singer for beloved alt-rock institution the Tragically Hip, diagnosed with brain cancer in 2016, passed away in October.

2014’s Top 10 smartphones for business: From Apple to Xperia Z