Hewlett-Packard Company has launched a new line of small business-friendly desktops, notebooks, and displays today. With the desktops and displays geared towards productivity, security, and flexibility, and the notebooks aimed towards employees on the go, HP has tried to tailor its products for small business environments. 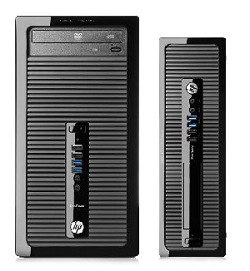 The HP ProDesk 400 series – Geared towards small to mid-sized businesses (SMBs), the HP ProDesk 400 series is meant to be a flexible and reliable desktop. It comes with either AMD or Intel processors, and you can choose between either a microtower or a small form factor for the chassis. HP designed the microtower chassis as an upgradeable option, with five drive bays and up to 10 external USB ports. Both options come with HP Client Security to protect businesses’ data. Starting at around $499. 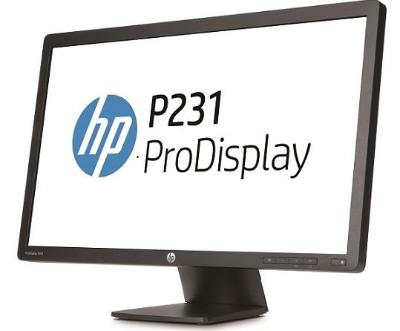 The HP ProDisplay P231 – Measuring in at 58 centimetres (cm) diagonally, the HP ProDisplay P231 has a resolution of 1920 x 1080. It has a five millisecond response time, plus a 3 M:1 dynamic contrast ratio. It also features VGA and DVI inputs for connecting media and devices. HP has also designed the monitor to support wall mounting. Starting at around $185. 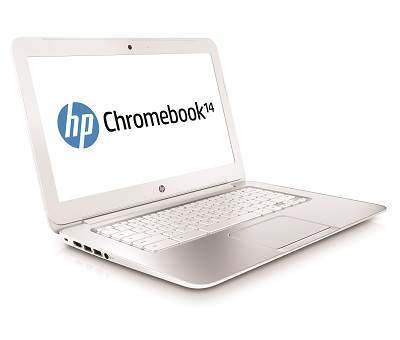 With Chromebooks running the Google Chrome operating system, the Chromebook 14 is an easy tool for employees who just need access to the Internet. It takes users straight to online apps, social networks, and Web-based email like Gmail to make it easy to communicate with customers and team members, leading HP to brand it “the Swiss Army knife of business PCs.”

And more importantly, for business users, IT administrators can use Google Management Console to deploy, track, and manage all of the Chromebooks within the organization. That helps businesses protect their data and increase their security.

The HP Chromebook 14 starts at around $299, and will be available in Canada later this month. 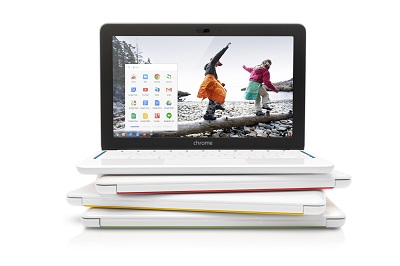 The HP Chromebook 11 – Besides being tailored to businesses, HP is touting its Chromebook 11 to students. Featuring a 29.5-cm screen, it has a wide 176-degree viewing angle so users can easily show the screen to others.

It weighs about 2.3 pounds, but despite being relatively light, it has a battery life of about six hours. The Chromebook 11 also comes with a power charger that is compatible with Android phones or tablets. The starting price is at about $279, and it will be made available in Canada later this month. 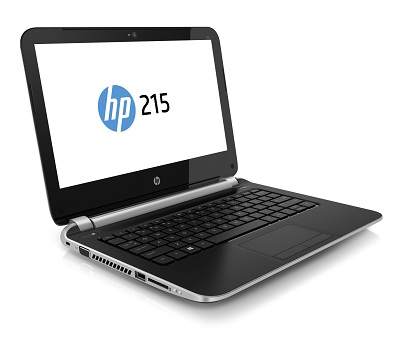 The HP 200 G1 Series notebooks, with the HP 215 notebook – Touted as HP’s most affordable line of business notebook PCs, the HP 200 G1 series notebooks come with an Intel 13 Core processor, or AMD dual and quad core APU technologies. It has an HD display, with the option of upgrading to BrightView or AntiGlare panels, and it allows users to connect to the Internet and email via Wi-Fi hotspots, secured by McAfee Internet Security 2013. Pricing has yet to be announced.

As part of the HP 200 G1 line, the HP 215 notebook is branded as a handy tool for students who want something light. Weighing in at around 3.32 pounds, it also has a battery life of around eight and a half hours, plus the option of swapping out the battery in exchange for a spare. Users can also choose from a touch screen or non-touch screen, as well as either Windows 7 or Windows 8.