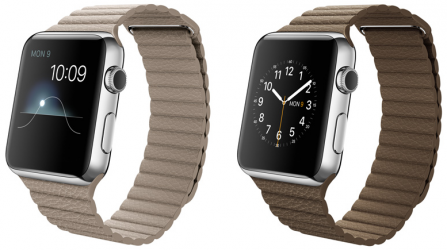 After years of speculation and rumours, the Apple Watch is finally launching to store shelves in Canada on Friday. There are three versions to choose from: the aluminum case Watch Sport, the stainless steel case Watch, and the gold case Watch Edition. Starting at $449 – that’s for the smallest Sport model – it’s a bit more expensive than most consumer watches, but of course it does more than tell the time. Alongside the pre-installed Apple apps, the App Store will be teeming with third-party apps ready for download. Here’s a look at some of them. 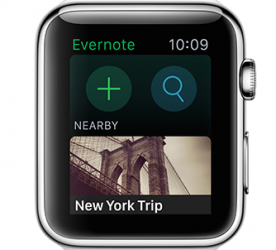 Known for putting an app on every mobile platform under the sun, Evernote is bringing its note-taking productivity app to Apple Watch. The app will be designed to work together seamlessly with the iPhone app, allowing users to dictate notes, search their notes, and see recently accessed notes on their wrist. You can set reminders associated with notes and get a buzz on your wrist when that time comes up. You can also start reading a note on your watch and then just pass it off to the iPhone when needed. 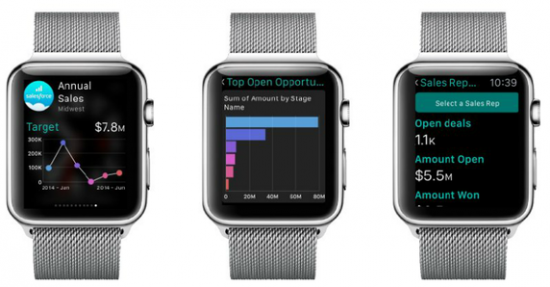 Salesforce Analytics for Apple Watch will let users of the cloud software firm’s analytics service keep tabs on the business data most important to them right on their wrist. Offering dashboard views of data that is updated from Salesforce’s backend in near real time, users will be able to conduct voice searches and use a Handoff feature to transfer what they’re viewing from the watch to an iPad or iPhone.

Another entry from the San Francisco-based cloud software firm, Salesforce1 taps into the mobile platform that has lived on smartphones and tablets thus far. The focus with the Watch will be delivering notifications to professionals about their business priorities. Users will also be able to complete tasks in Salesforce from their wrist, such as approve a discount for a client. Other alerts can include updates to Salesforce Communities, if call wait times in the service centre exceed a threshold, or when a campaign goal is surpassed.

Travel information company Expedia says it is one of the 15 selected launch partners for Apple Watch, meaning it will be available on April 24 for free download. The app lets travellers check on their itinerary details, information about flights and hotels, and be notified about any changes that do come up for your travel plans. A Glance feature allows you to swipe up on your watch face and scroll to find a screen that has the most relevant information about the next step of your trip. 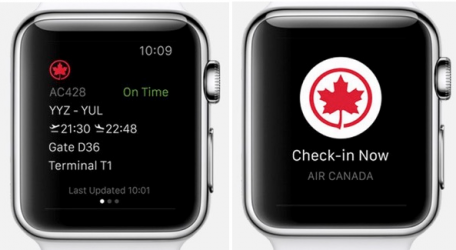 Also in the travel category, Air Canada will have an Apple Watch app that its customers can use to check-in for flights, track flight status and boarding times, and receive notifications when it’s time for boarding. A Glance feature delivers information about flights that are departing in the next 24 hours relevant to the user. It can also notify users when it’s time to check-in, and a hand-off feature allows users to continue check-in tasks on another device if they choose.

Just as weather checking apps are popular on smartphones, they should prove useful to have on your wrist as well. Checking the weather with Dark Sky will give you detailed information about precipitation levels over the next hour with a bar graph. You can also get forecasts for the next 24 hours or five days. 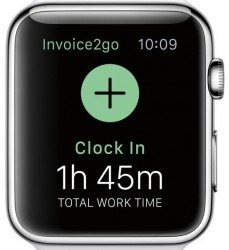 This invoice creation and tracking software will have an Apple Watch app to help its users track their time on the job, create invoices, and be notified when they get paid. Perhaps one of the more useful features on this app will be a geofencing feature that notifies you when you get near a specific location, so you can remember to start tracking your time spent working when you get to the office, for example. 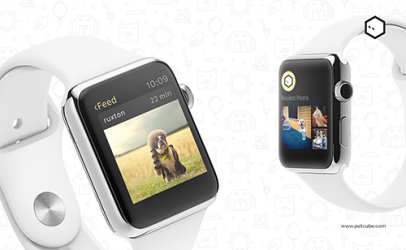 If you just can’t bear being away from your cat during the work day, Petcube’s Apple Watch app allows you to check in on your feline friend with a quick look at your wrist. Of course you’ll need the accompanying hardware to use this, but once you’re set up, you can use your smartphone to see your cats at home during the day, speak to them through the app, and even play a game of chase the laser pointer. The watch app will let you share your pet video feed with friends or publicly for 15 minutes at a time. 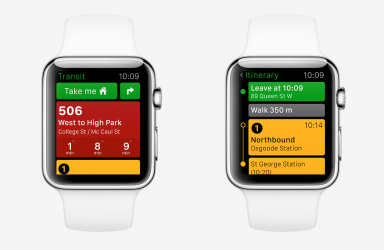 Montreal-based Transit App has an app ready to help you navigate your city’s transit system from your wrist. The app will display departure times for nearby buses and trains that will help you get around the city, and if you get lost a “take me home” button will get you back on track. As the app maker points out in a post on Medium, checking transit times seems particularly well-suited for a smart watch app. You need those hands free for your coffee, bags, books, and well – your smartphone. 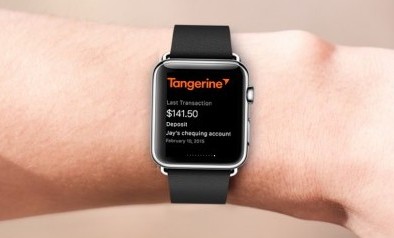 Canadians took some time to be convinced online banking was secure, but then took to it like a fly to a sugar. Will they also adopt banking on a smart watch? Tangerine will let users check account balances, recent transactions, and transaction details from their wrist. The Glance feature shows the most recent transaction for your account. Users can also be notified when their account goes above or below a certain threshold they set up online. 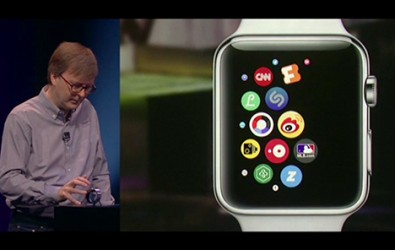 Desjardins is another bank that will have an Apple Watch app available in the App Store on April 24. Adding to its Mobile Services offerings, the app will also allow users to check their balances and even move money to a savings account with Desjardins’ Hop ‘ S@ve service – a savings technique that lets users move small amounts from a chequing account to savings quickly, with a single tap on a mobile device, and track progress towards a savings goal. 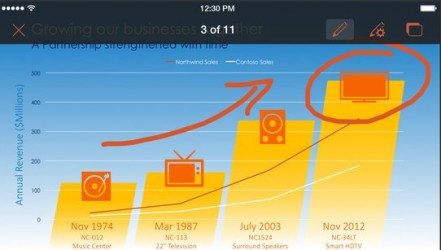 It may surprise you to learn that Microsoft is one of the first developers to offer apps for the Apple Watch, but it’s true. Microsoft has been updating its apps in the iOS store with support for the smart watch, starting with cloud storage service OneDrive. The wrist-worn version will display photos stored on OneDrive and find them using tags. Microsoft also updated its PowerPoint app to allow users to control a presentation on their iPhone from their Apple Watch. 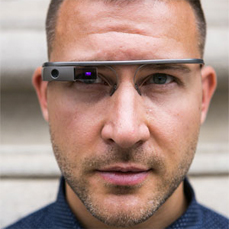 If you’re interested in the Apple Watch and how it might be put to good use in the workplace, along with the myriad other wearables we’re seeing hit the market, then come out and join our #ITWCchats Twitter chat on April 30 at noon ET. We’ll be joined by special guest expert Tom Emrich, founder of We Are Wearables. We’d love to hear from you.

SUBSCRIBE
Previous articleSamsung’s Galaxy Tab A aims for the family market
Next articleAcer targets back to school with next@acer with new laptops, tablets