Artificial Intelligence is everywhere these days, with more and more businesses using it to power chatbots, virtual assistants, data and analytic platforms and much more. It’s grabbing the attention of not only the business industry but consumers and governments around the world. Earlier this month Canada even hosted the G7 conference on Artificial Intelligence in Montreal to discuss how to responsibly adopt and build a common vision of human-centric AI. The Government of Canada has also implemented its $125 million Pan-Canadian Artificial Intelligence Strategy that works with three AI institutes across the country, including the Vector Institute for AI in Toronto. Canada is emerging as a leader in the global AI discussion and Toronto is a major part of that. It is the birthplace of modern AI and machine learning after all – home to many of the leading minds on the topic, including researchers, leaders, developers, and many AI labs. The following list is some of the top AI experts located in Toronto. 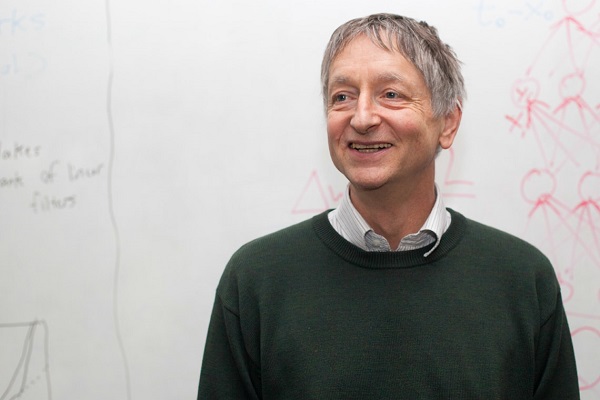 The discussion around AI  and machine learning experts cannot begin without Geoffrey Hinton. Known as the ‘Godfather of AI’, Hinton was a professor at the University of Toronto when he had a breakthrough in 2006 around neural networks/deep learning. That breakthrough has helped shape much of the AI technology today. He was then recruited by Google, and to this day splits his time between Mountain View, Calif. and Toronto. He designs machine learning algorithms with the aim of discovering “a learning procedure that is efficient at finding complex structure in large, high-dimensional datasets and to show that this is how the brain learns to see,” according to his Google profile. While his long list of accomplishments is far too vast to cover, he’s also a fellow of the Royal Society of Canada and the Association for the Advancement of Artificial Intelligence, has received three honourary doctorates and numerous prizes for his work. 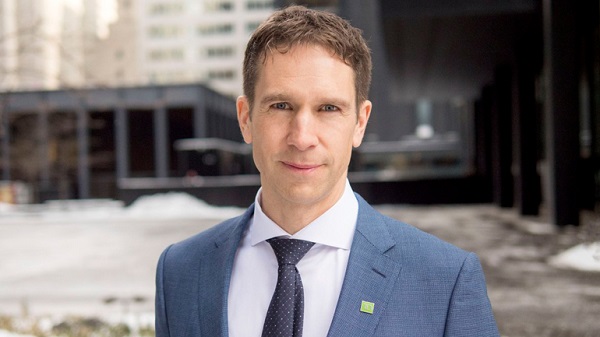 Tomi Poutanen is a computer engineer and entrepreneur focused on AI. He’s had a long career that’s seen him working for Yahoo, and Microsoft as well as founding numerous AI focused startups. Along with Hinton and others he helped establish the Vector Institute for AI in Toronto and is the co-founder of Layer 6 AI, acquired by TD Bank, making him one of the financial institutions leads on AI. Prior to that he co-founded and was chief technology officer of AI platform Milq, he also founded Optimized Search Algorithms which was sold to Yahoo. During his time at Yahoo he not only served as the head of international search operations he also founded a search-engine related advertising business. During his university years, he also co-founded Data Compression Technologies, which was acquired by Microsoft Corp. in 1996. 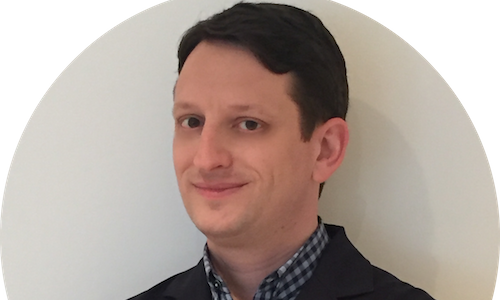 Jordan Jacobs currently works with TD Bank to help guide its business and strategy around artificial intelligence. He joined the financial institution along with Poutanen when Layer 6 was acquired in January. He is also one of the founding members of the Vector Institute and co-founded Milq with Poutanen as well. Jacobs is outspoken in the Toronto AI landscape about making Canada a global AI leader and superpower. He spoke at this year’s AI track for Elevate Tech Fest about the need for Canada to position itself as one of the three global AI ecosystems along with powerhouses like the U.S. and China. Previously he spent 15 years working as a tech and media lawyer and even founded his own media company and law firm catering to media and technology. 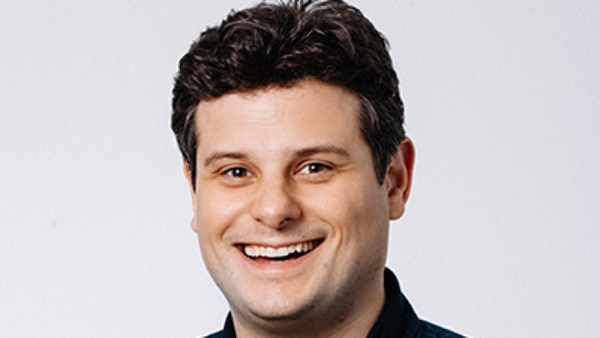 Stephen Piron, employee zero at DeepLearni.ng (or co-founder and co-CEO of Dessa)

Calling himself employee zero on his LinkedIn profile, Stephen Piron helped to found Dessa (formerly DeepLearni.ng) which works to develop and apply AI systems for enterprises. Known as a serial tech entrepreneur, the computer science graduate founded Bright Sun in 2011, a data analysis company with the idea of helping financial institutions properly abide by regulations. He has apparently also designed trading algorithms for a large international hedge fund. After graduating from the UofT in 2003 he spent a summer studying neural networks at Stanford. He is also outspoken about promoting and growing real-world AI applications. 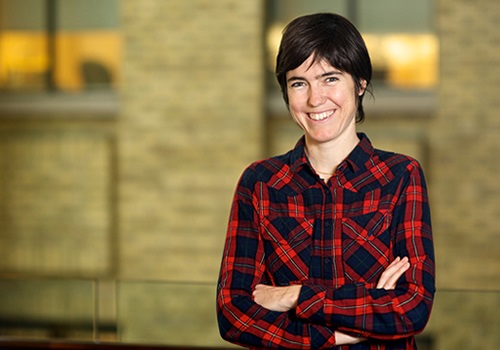 Continuing the trend of the University of Toronto (we swear it isn’t on purpose), Uber Advanced Technologies Group (ATG) lab in Toronto is lead by UofT professor Raquel Urtasun. Uber ATG Toronto is developing technology to help improve Uber’s push for self-driving cars. The company chose Urtasun as its chief scientist and lead in 2017. According to the UofT computer science website, she is “a world-leading expert in machine perception and self-driving cars” and her research includes machine learning, computer vision, robotics and remote sensing. Having received numerous degrees and awards, including research awards from Google and Amazon, Urtasun is also a co-founder of the Vector Institute. 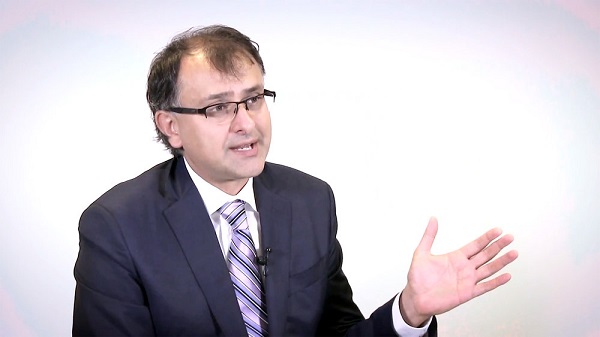 Ajay Agrawal is a professor of entrepreneurship, focusing his research on the economics of artificial intelligence, and is the co-author of ‘Prediction Machines: The Simple Economics of Artificial Intelligence.’ He is also the founder and academic director of Creative Destruction Labs (CDL), which is an incubator for science-based companies, that has specific streams for artificial intelligence as well as blockchain AI. Agrawal also helped launch a quantum machine learning initiative through CDL to help develop startups in that specific area of expertise. In 2016 he also co-founded NextAI, a not-for-profit accelerator for early-stage AI startups. Agrawal has also founded other machine learning and AI companies and conferences, publishes stories and is often cited by media outlets including The Economist, The Globe and Mail and the Wall Street Journal. 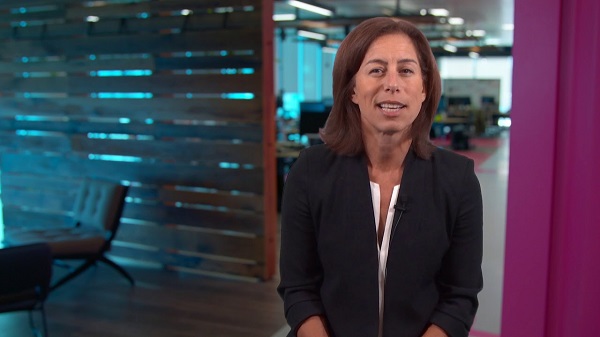 Jodie Wallis is the head of Accenture’s artificial intelligence practice in Canada. She works with businesses, government and academics to grow Accenture’s investment in AI and is responsible for not only expanding its presence in the AI space but helping bring new technologies to clients. Wallis also co-hosts of the podcast series ‘The AI Effect’ along with journalists Amanda Lang (season 1) and Amber MacArthur (season 2), which talks about the Canadian AI ecosystem.  Having been with Accenture for more than 25 years, Wallis has expertise in management and technology consulting and graduated from the University of Waterloo with a degree in mathematics. 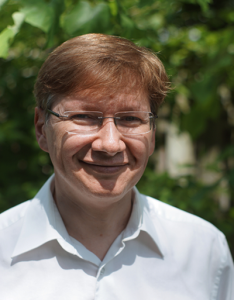 Lallement is a senior data scientist with a background in software development and computer science. He currently works for Scotiabank where he uses data to help “improve the user experience for the bank’s customers” states his LinkedIn profile. He previously held the position of chief data scientists for SalesChoice where he used machine learning to predict the outcome of ongoing sales cycles and increase sale conversion rates. Lallement holds a PhD in artificial intelligence and massively parallel computing from the French National Institute of Research in Computer Science. From 2005 to 2006 he worked with Google to help evaluate the quality of Google search results in response to specific queries; the feedback from which was used by Google to improve its search algorithms. 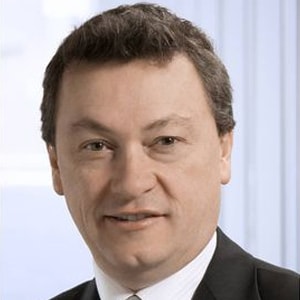 A graduate of the computer science and applied math program at the University of Waterloo and with a PhD in computer science from the University of California, Berkley, Gibson has worked in academia since 1991. He was named the first CEO of the Vector Institute in September of 2017. According to the Vector Institute’s website, his research includes, “advanced world-leading computer science [which he] translated into impactful commercial applications,” part of which includes his contributions to scalable computing, helping to lay the foundation for the world’s fastest supercomputers. Raised in Aurora, not far from Toronto, Gibson also apparently gives talks on bridging high-performance computing, AI and machine learning. 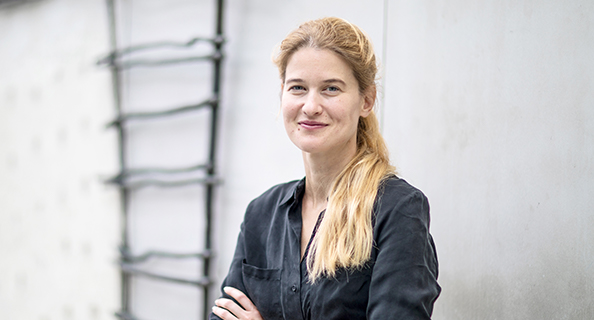 Like many other tech companies this year, Nvidia opened a new research lab in Toronto, this one focusing on AI, and the company chose Sanja Fidler to lead the project. Fidler is a leading computer scientist with a focus on computer vision and deep learning with connections to natural language processing. The Nvidia lab will focus on growing the company’s AI footprint in Canada and hopes to mould itself into a state-of-the-art facility for AI talent according to a blog post about the lab opening. Most recently Fidler was one of eight UofT AI researchers chosen as a chair for the Canadian Institute for Advanced Research (CIFAR), which is part of the Pan-Canadian AI Strategy.

Meagan Simpson
Meagan Simpson is a staff writer for IT World Canada. A graduate of Carleton University’s journalism program, she loves sports, travelling, reading and photography, and when not covering tech news she can be found cuddled up on the couch with her cat and a good book.