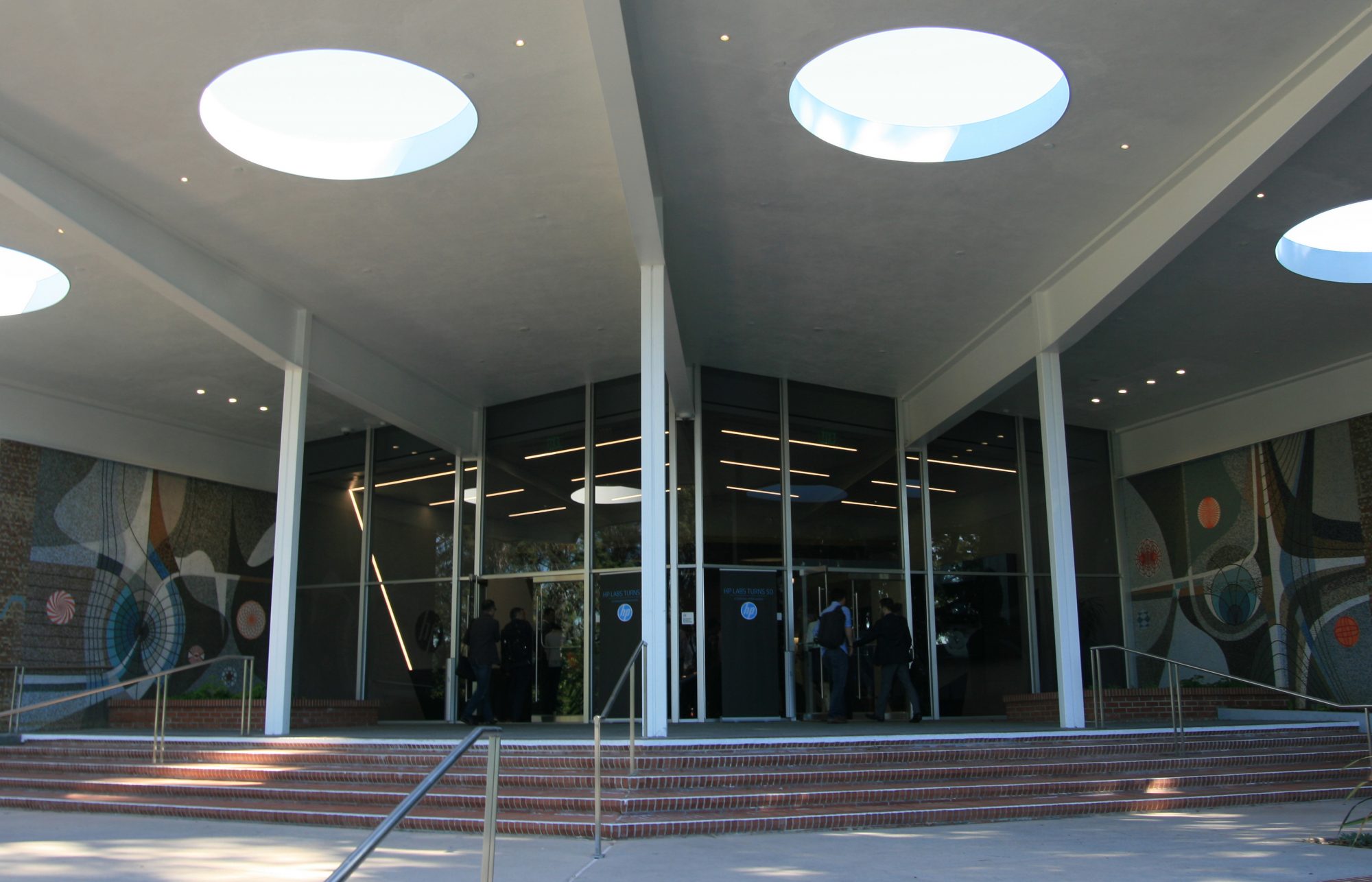 PALO ALTO, Calif. – HP Reinvention Week, the company’s celebration of HP Labs’ 50th anniversary, offered publications from around the world, including ITBusiness.ca, a unique opportunity to not only hear from HP Inc.’s leadership team describe where they believed the tech industry was going in the next 30 years, but to visit the Silicon Valley icon’s head offices, which have stood in roughly the same location for more than 75 years. Join us for a glimpse at both. 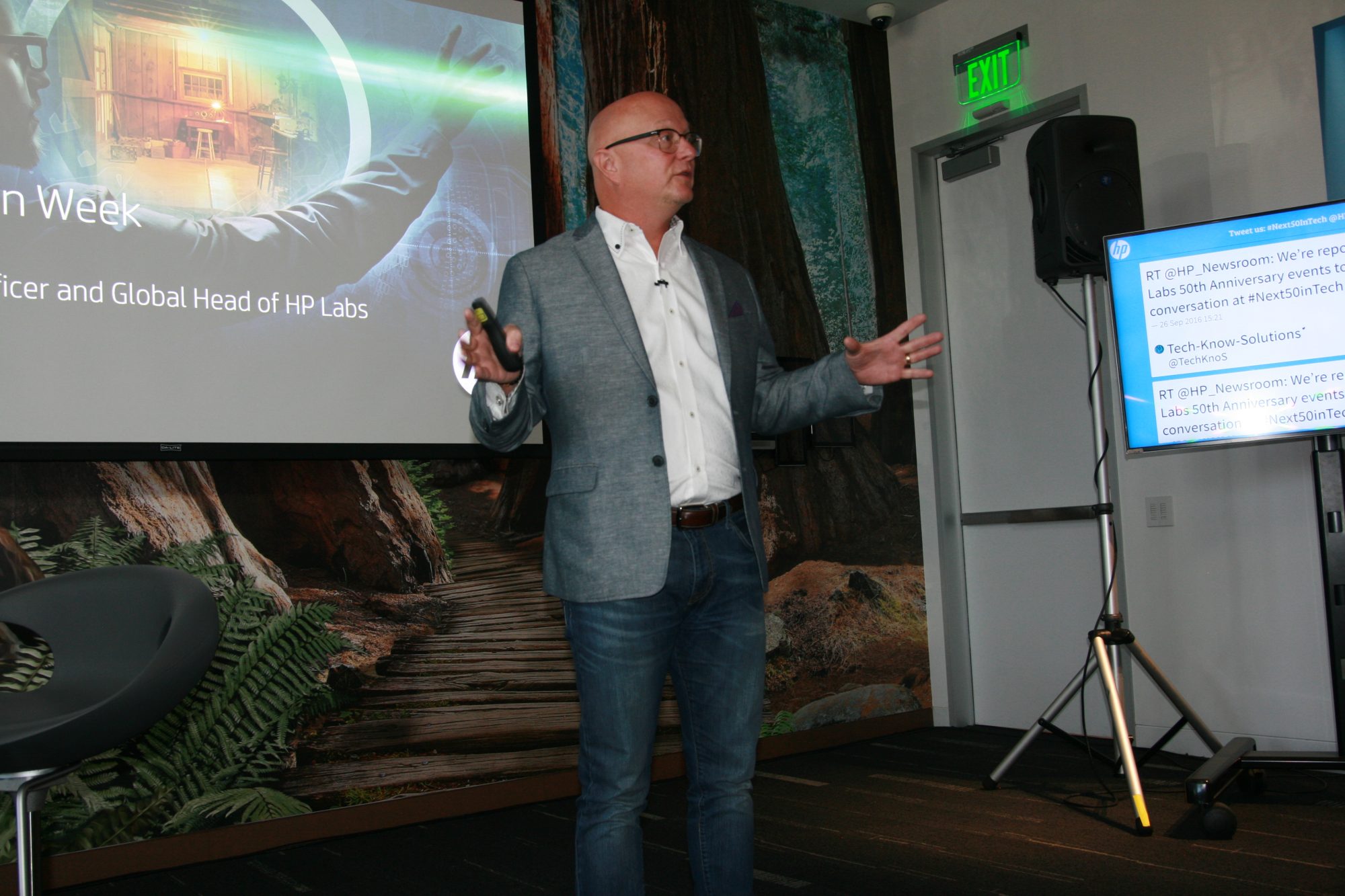 In his Sept. 27 welcome address, HP CTO and global head of HP Labs Shane Wall outlined four trends that he believes will define the next four years of tech, and which defined the four keynotes that followed: rapid urbanization, changing demographics, hyperglobalization, and accelerated innovation. 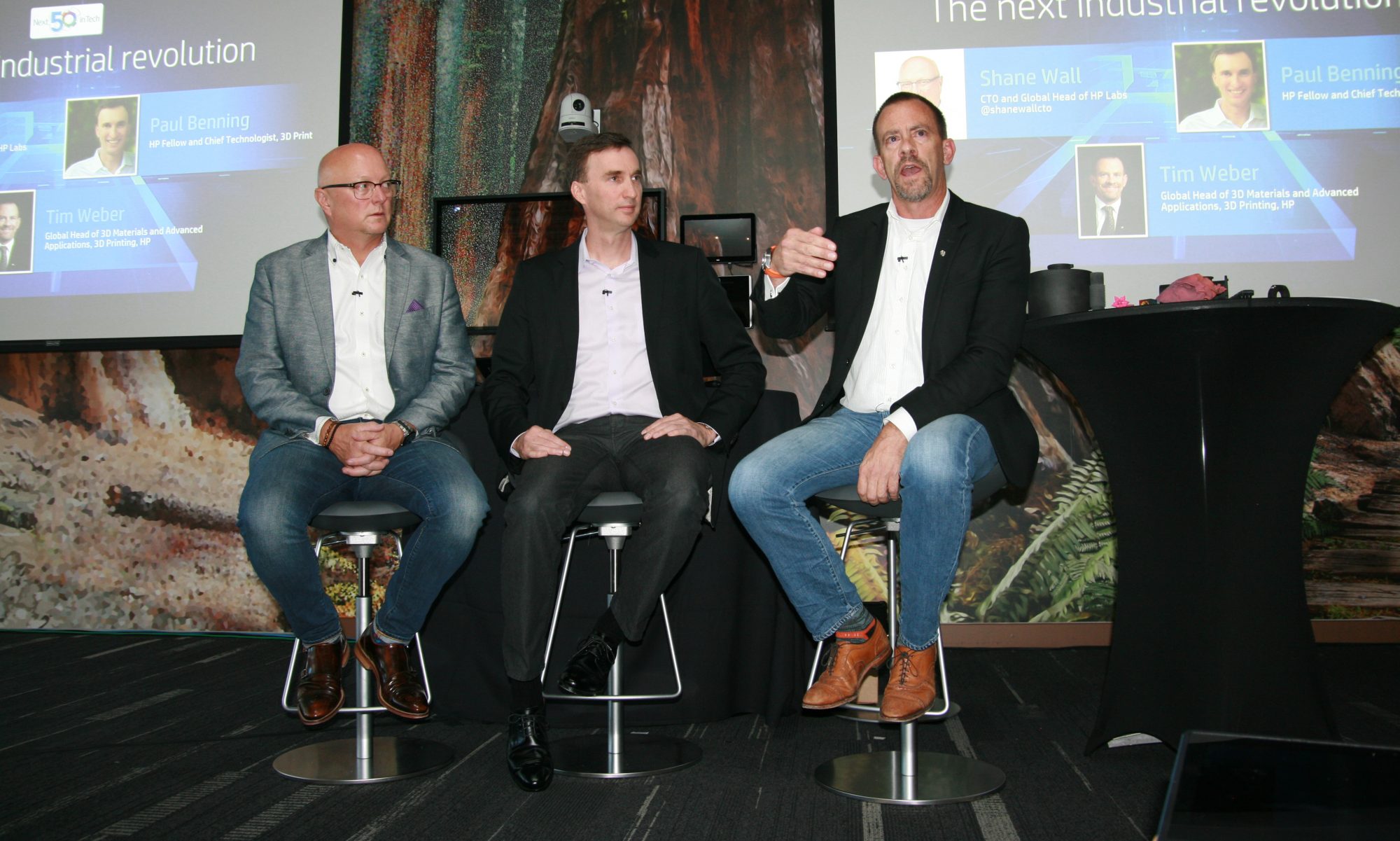 Wall himself participated in one of those keynotes, “The Next Industrial Revolution,” alongside HP fellow and chief technologist of 3D printing Paul Benning (centre), and Tim Weber (right), HP’s global head of 3D materials and advanced applications. The “revolution” they refer to is one that HP believes will arrive sooner than later: as 3D printers become powerful enough to print industrial materials of any size, anywhere in the world, at the push of a button, they will eliminate the need for a large swath of the supply chain. 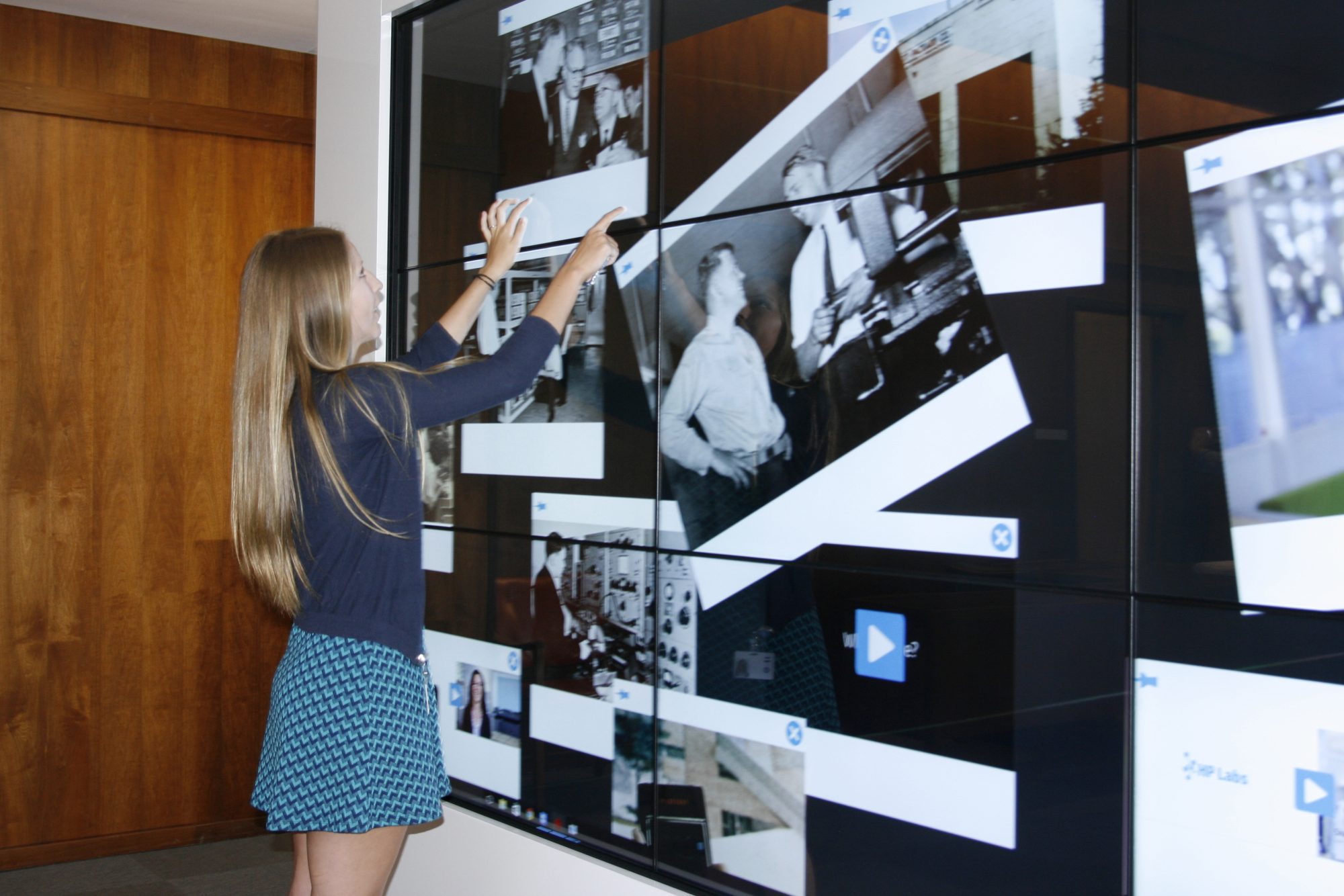 HP’s hallways are crammed full of digital displays, photography, motivational slogans, and HP memorabilia. Case in point: This digital wall, which spans one side of the company’s reception area (see our header image), and is fully touchscreen-enabled – good news for HP employee Sara Mohr, who needed to do some last-minute manipulating. 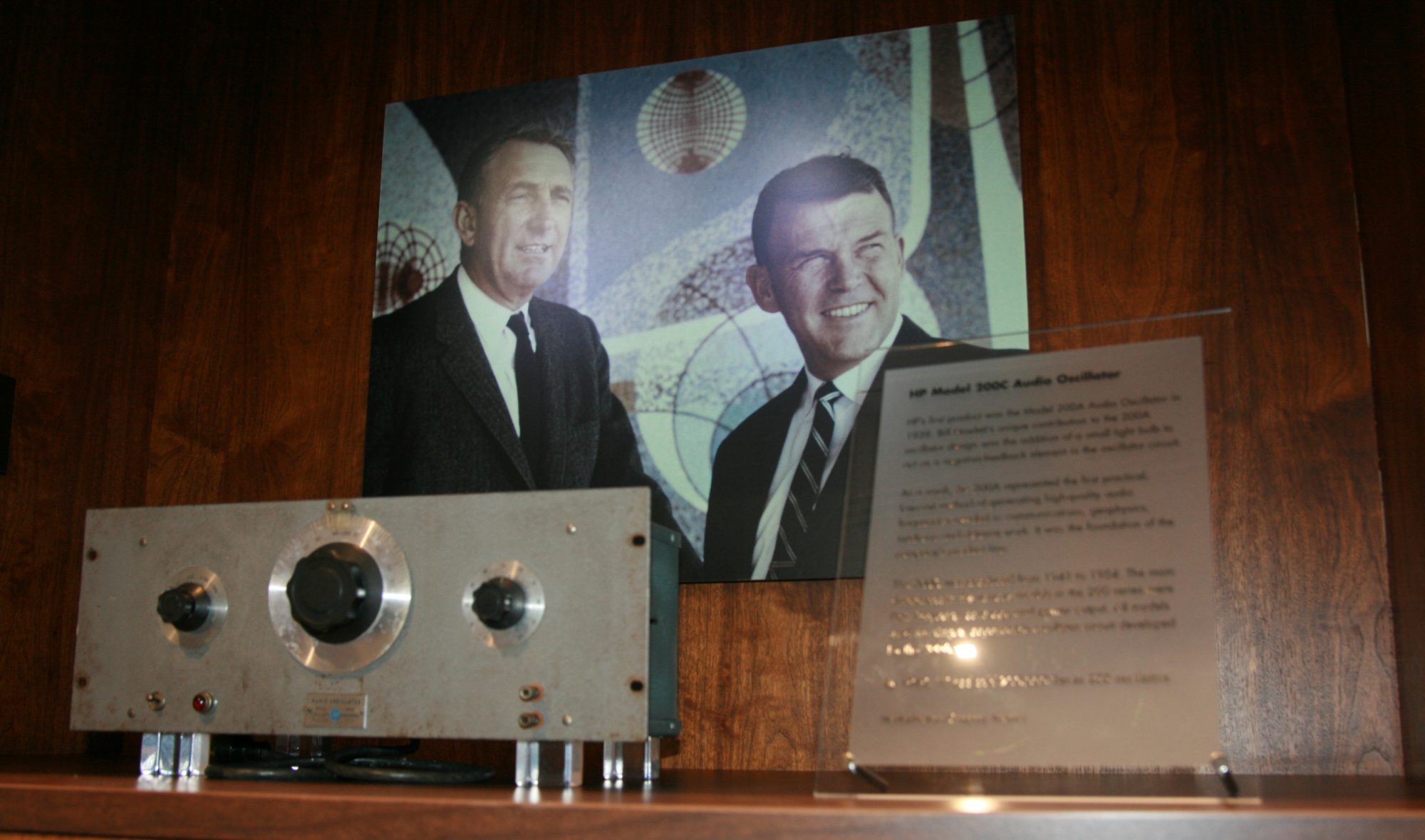 Few companies are as conscious, or more proud, of their history as HP, which refers to the first home of founders Bill Hewlett and Dave Packard as the “birthplace of Silicon Valley.” 90 degrees from the digital wall lies Hewlett and Packard’s original offices and the company’s original boardroom, all painstakingly preserved from their 1940s heyday. And between those offices lies the product that helped launch their company, the HP Model 200C Audio Oscillator, which was produced between 1941 and 1954. 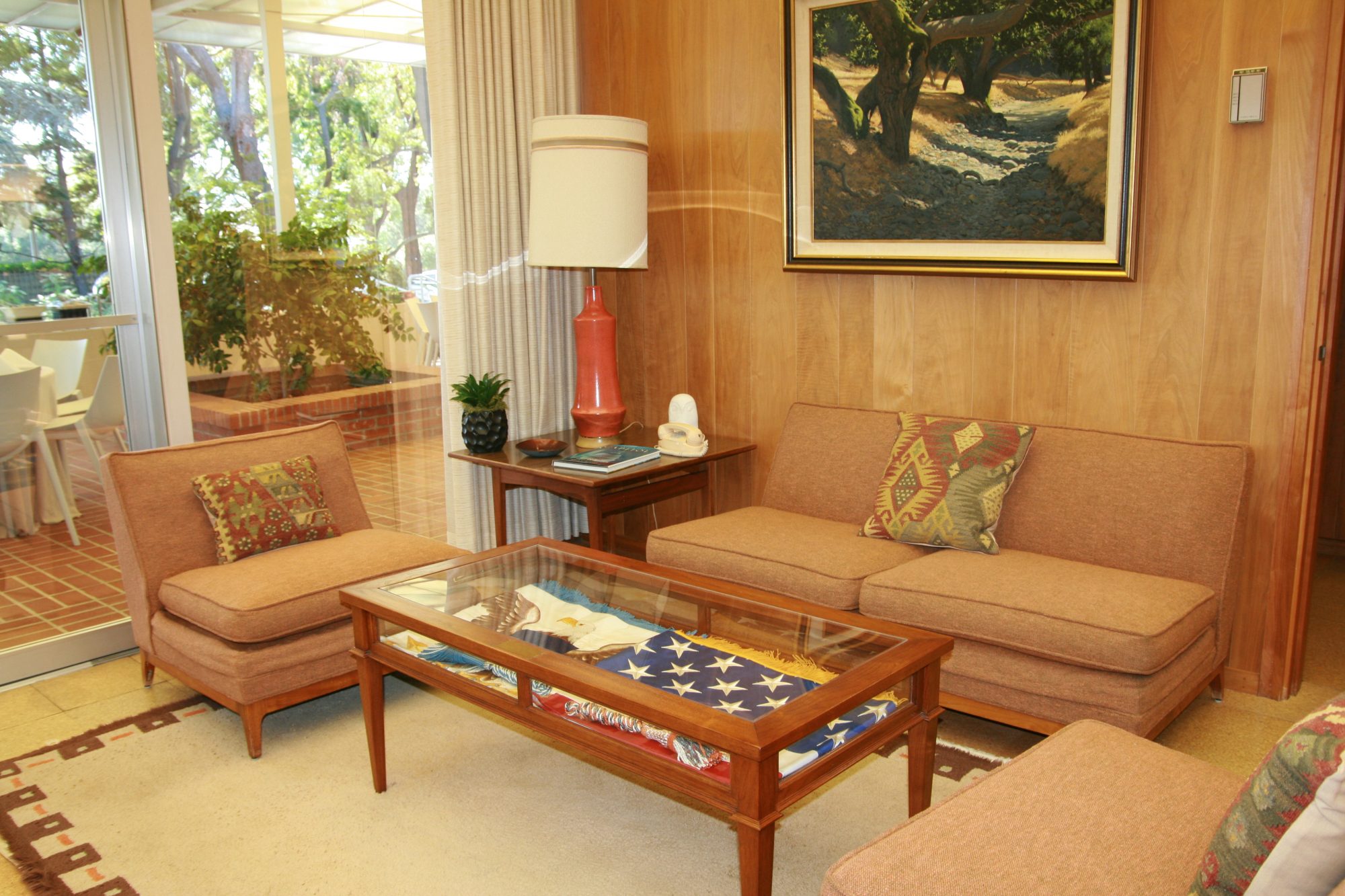 Stepping into Packard’s office gives one the sense of what visiting the set of Mad Men would have felt like. 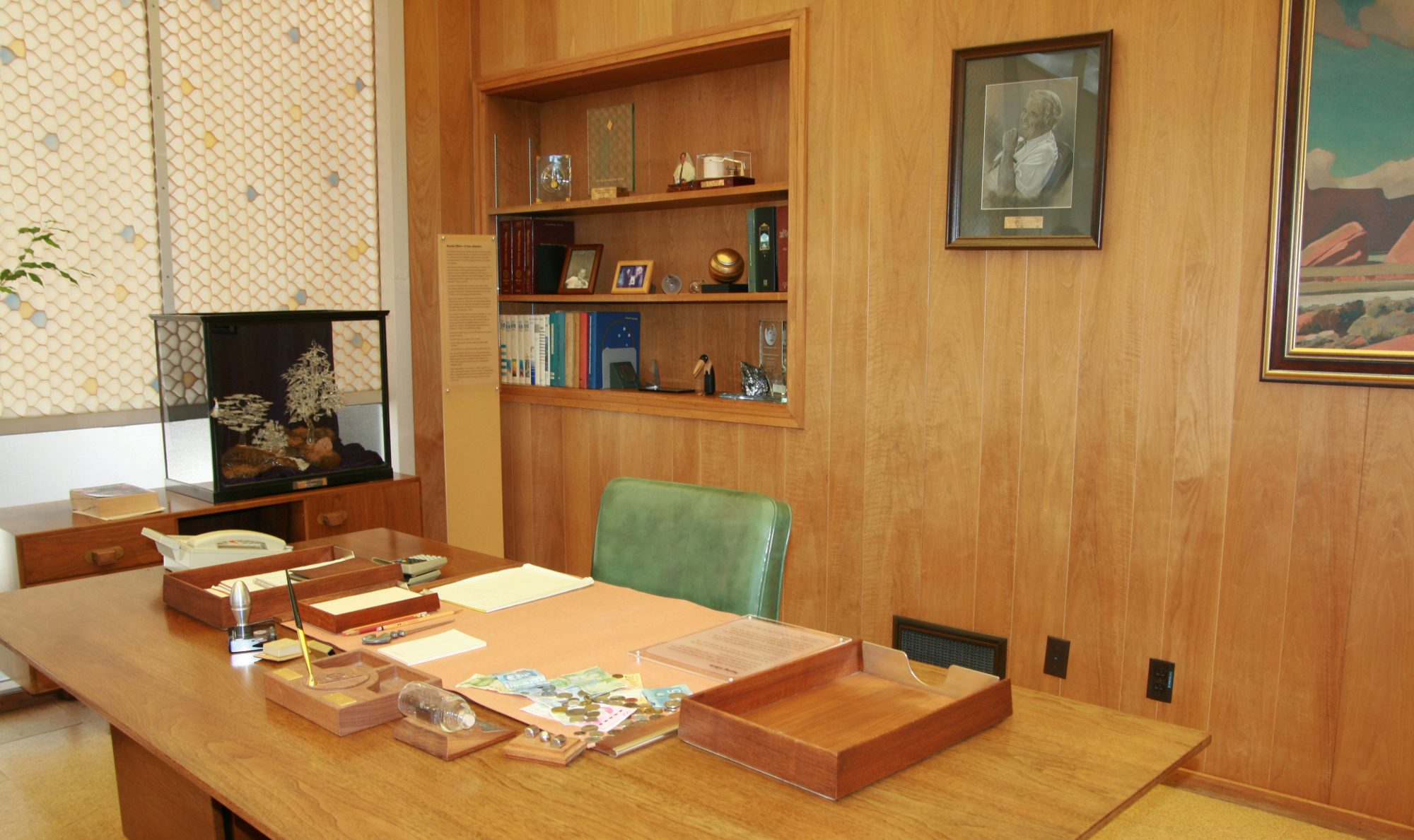 Hewlett was quite the nature lover – he was behind the Japanese garden that stands outside his and Packard’s offices, and you can see a corner of the 1936 Maynard Dixon painting, Magic Mesa, that hung beside his desk. The pile of money started in 1996, when Hewlett left a penny on his desk, assuming someone would take it, but no one did. Visitors started asking about the penny, and soon began adding their own. 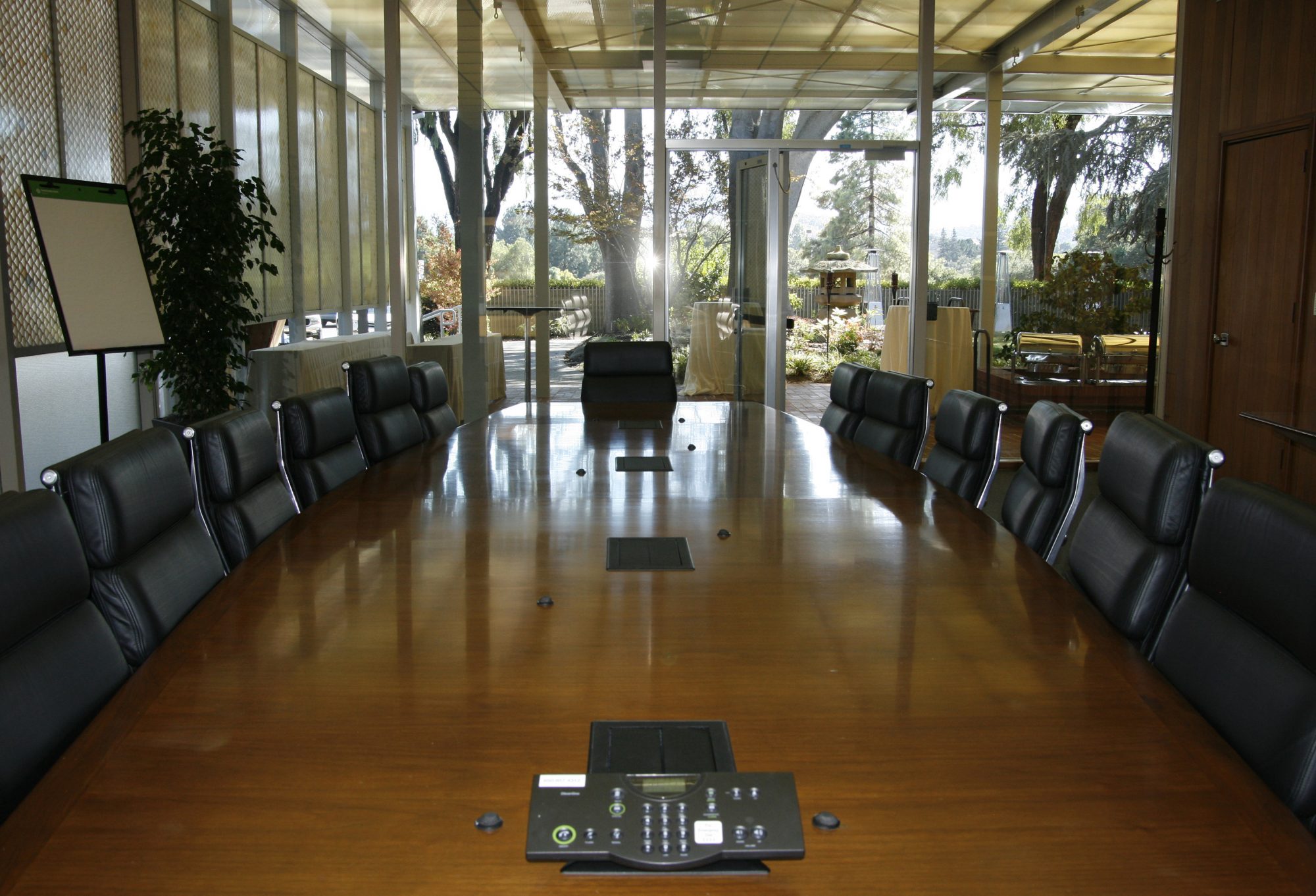 Could you hold an effective meeting with this view outside your boardroom? We’d think not, but this is actually where we ended up spending most of our time between events, and were surprised by how productive we turned out to be. 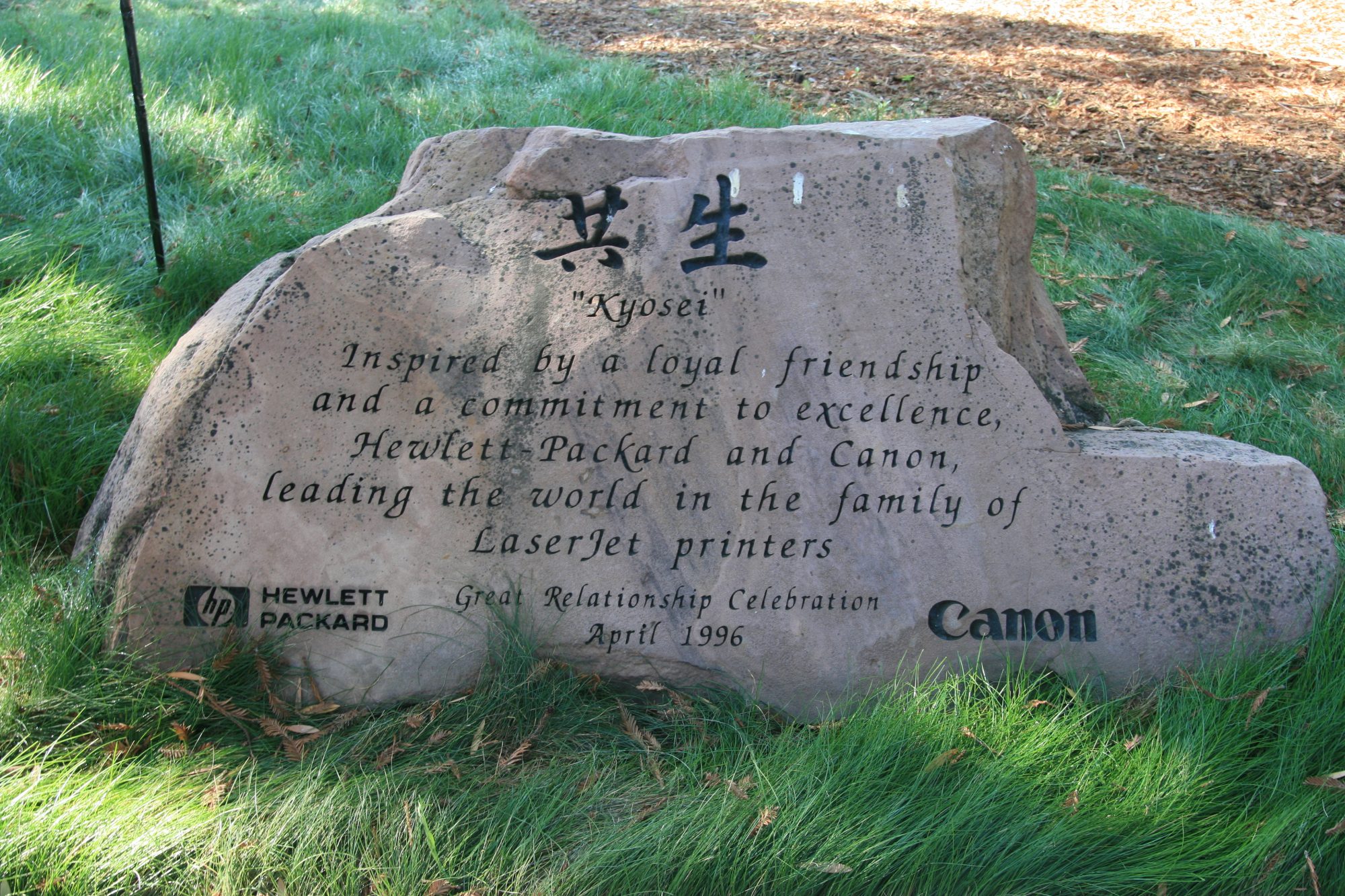 Funny, we would have assumed printer manufacturing giants Canon Inc. and HP were bitter enemies. The company’s employees certainly admonished us for carrying an Acer notebook enough. 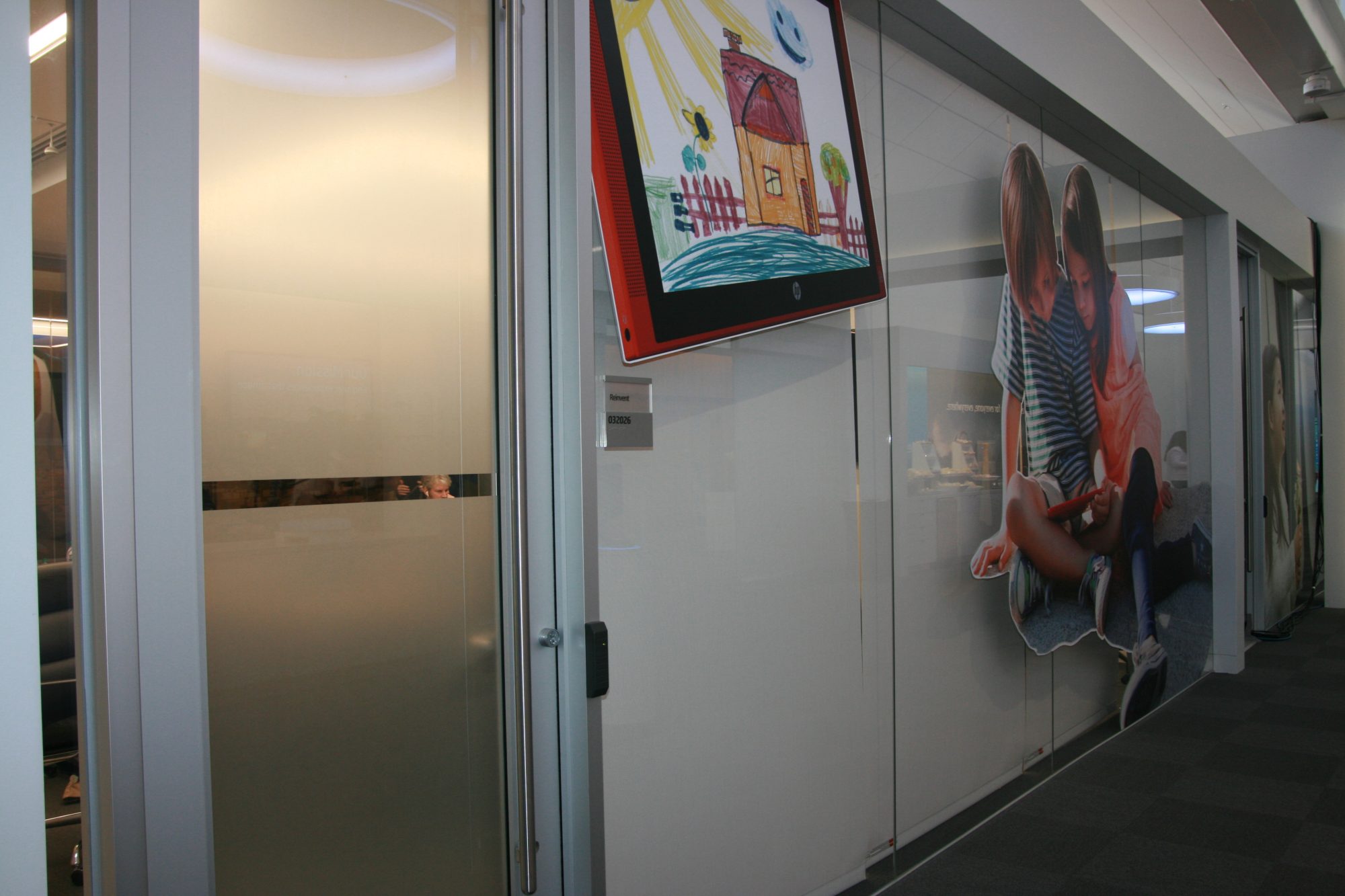 HP’s meeting areas have less-than-imaginative names – “Engineer,” “Reinvent,” “Amaze” – but make up for it by having very nice photography both outside and inside the rooms. 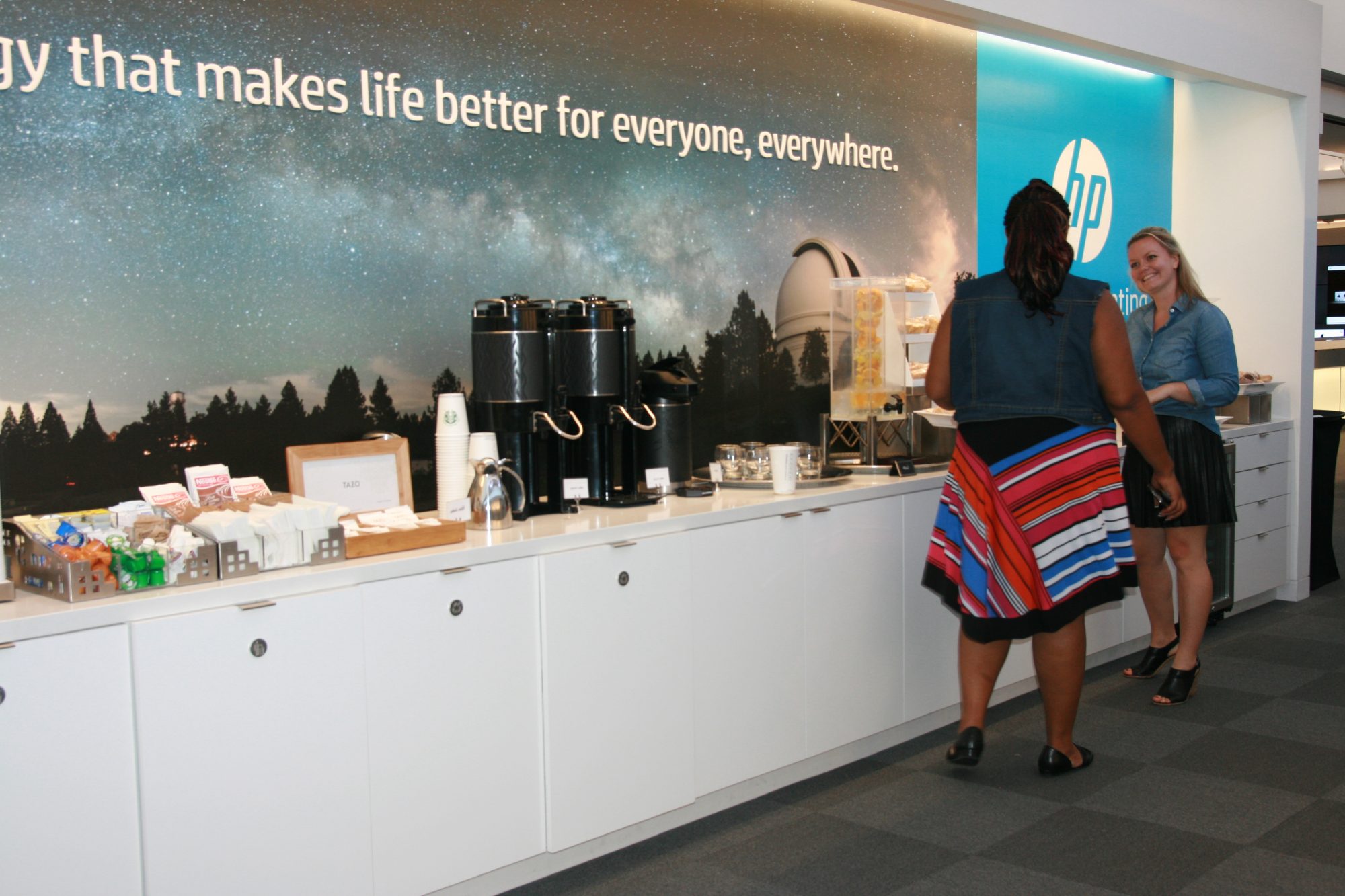 HP’s snacking area might not be as elaborate as Facebook or Google’s, but it still gives employees the chance to grab a Starbucks coffee, Tazo tea, bottled water, or various snacks including trail mix, Rice Krispies squares, and popcorn between assignments. 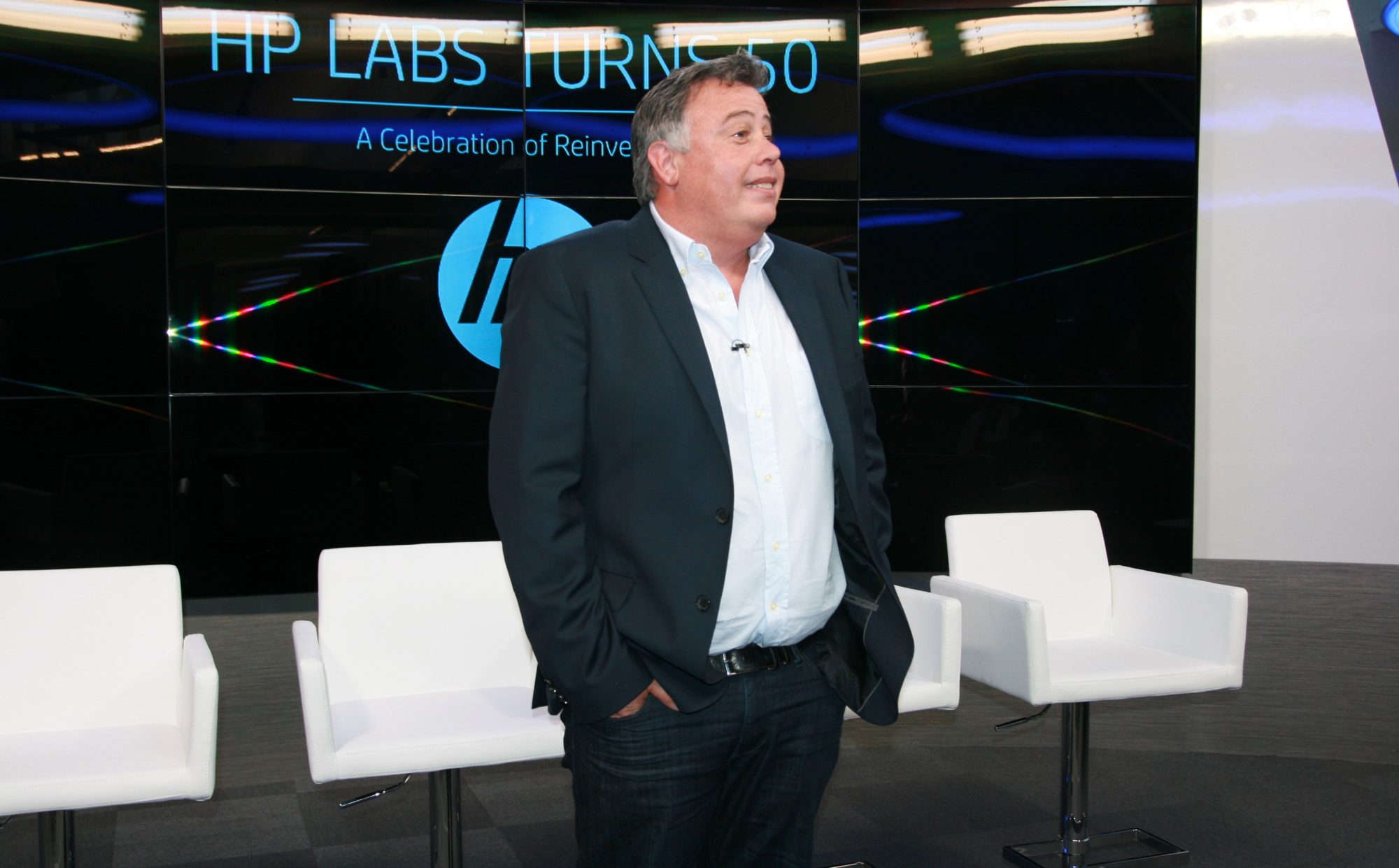 HP CEO Don Weisler briefly addressed reporters on the evening of Sept. 27, offering his own thoughts on HP Labs’ 50th anniversary, the company’s history of breaking new technical ground, and where it would go next. But his main focus was the company’s diversity and inclusion initiatives: with five women and six people of colour (including two women), the company’s 13-person board is the most diverse in the tech industry. 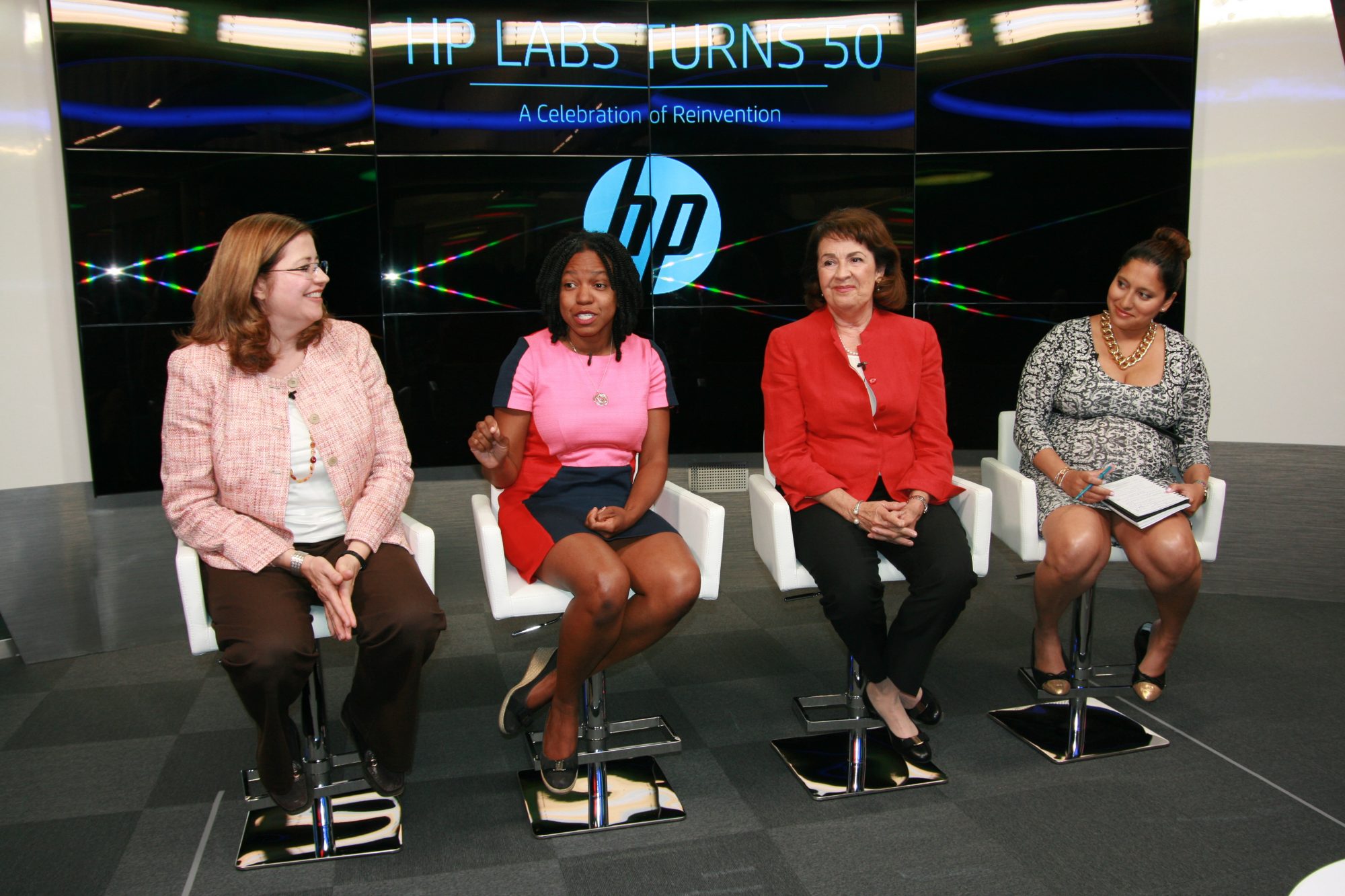 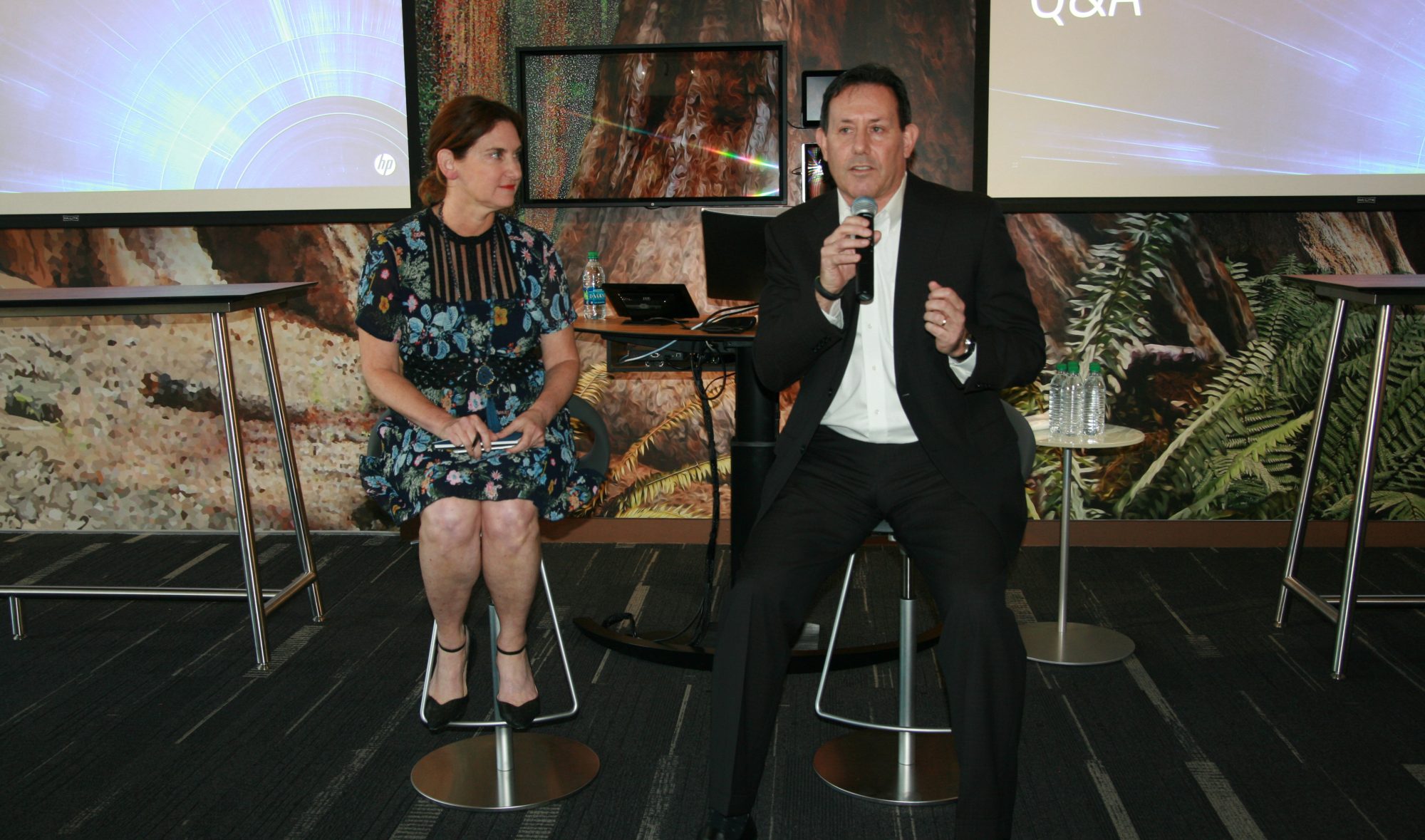 The most notable Sept. 28 address was an impromptu press conference in which COO Jon Flaxman, right, and CCO Karen Kahn, left, addressed allegations that HP intentionally embedded a feature that would keep OfficeJet Pro users from accessing their printers if they used a third-party ink cartridge into a recent security update – an outreach opportunity that Flaxman admitted “was not necessarily our finest communication moment.”