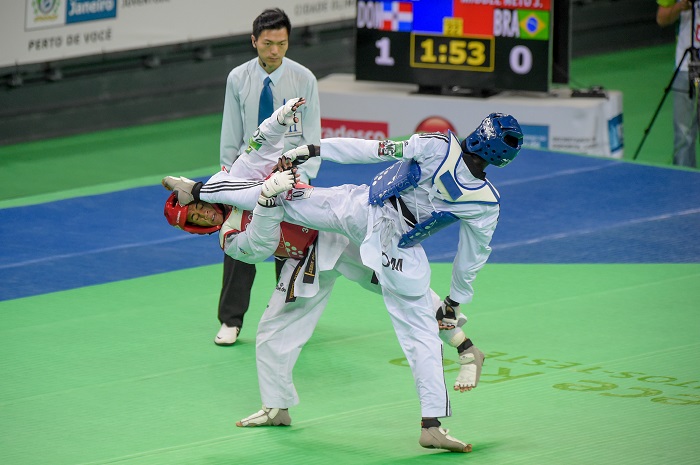 Taekwondo may have originated from ancient martial arts, but this year it’s embracing the future in time for the Rio Olympics.

This summer, fighters will wear magnetized socks that register contact with the body protection that competitors will be wearing.  The system will operate on WiFi, and contain impact sensors within the armor.

London 2012 was the first Olympic games to feature this kind of technology, but sensors were only present in body armor. This year, headgear will also be able to register contact. Previously, points were awarded based solely on the judgement of a referee. After a number of high profile incidents, this technology was implemented to ensure that the best competitor wins the match.

During the 2008 Olympics, Sarah Stevenson of Great Britain was knocked out of the competition after a referee failed to count a final point that she had landed. The decision was later overturned through video replay, and she went on to win a bronze medal at those games. The International Olympic Committee (IOC) took note of the incident, and the governing body for Taekwondo began taking steps to ensure the IOC would not withdraw the sport from the Olympics.

Omega Watches will be the official timing and scorekeeping partner for the Rio games. Officials have also been looking into allowing video replay to be used in real-time if there is a dispute during a match.

Fairness is not the only issue that is being addressed by The World Taekwondo Federation (WTF). In order to enhance the spectator experience, athletes will now walk onto the mat to a personally selected song- just like in baseball. The competition area has also been changed from a square to an octagon, and penalties have been instituted to encourage athletes to attack more rather than just defend.

The response to the changes has been positive, as many athletes and coaches believe that the integration of this technology has evened the playing field for competitors. The new scoring system eliminates human error, and gives athletes a clearer path to success. Since they now know exactly what will be counted as a point, they can train more effectively.

Taekwondo competitions will take place from August 16-20 at the Rio de Janiero Olympics.

Ferrari is recalling almost every car it has sold...
Cloud