Wind Mobile is sending 400 of its employees out to help charities and buy strangers coffee instead of laying them off while it waits to see if it can operate in Canada.

The new entrant to the Canadian wireless industry is owned by Globalive Holdings. It was poised to launch a fourth national wireless carrier before year’s end.

But the Canadian Radio-television and Telecommunications Commission (CRTC) foiled those hopes by refusing to issue a licence due to foreign ownership concerns Oct. 29.

Now Minister of Industry Tony Clement is reviewing the CRTC decision. He asked for submissions to be filed before Nov. 18.

Wind Mobile hasn’t put 400 of its retail and customer service employees on ice while it crosses its collective fingers and waits. Instead, it has sent workers in Toronto and Calgary out into the community to lend a hand to various charities and act as good Samaritans. The campaign is dubbed “Random Acts of Kindness.”

It made sense to get employees involved in the communities they would be working in, says Chris Robbins, chief customer officer at Wind Mobile.

“These people are on our payroll and we’ve made a commitment to them,” he says. “They could just sit at home, but that wouldn’t make a lot of sense.”

Employee groups slated to be working in stores and call centres were asked to contribute to the community in some meaningful way, he adds. Some did so by volunteering at the Salvation Army, Habitat for Humanity, and food banks. Others did so by handing out umbrellas in the rain or buying cups of coffee for strangers – and giving high-fives. 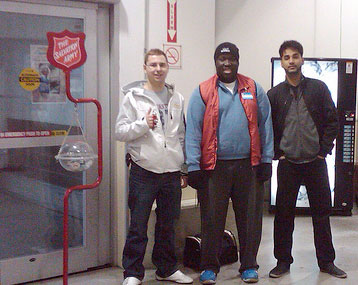 Graham Kingma, head of call centre operations, put some time in at the Salvation Army in Toronto. Mostly he organized clothing on racks and put on price tags – but he did come to the rescue of one mother with a crying toddler.

“I saw that he was crying, so I grabbed a couple of stuffed animals of the store’s shelf,” Kingma says. “I let him choose between a stuffed bear and a monkey, and he chose the monkey. I bought it for him, and soon his tears dried up.”

Employees at the location donned white jackets with the Wind Mobile logo, he adds.

Wind Mobile has been tracking employee actions on its Web site and the Twitter hash tag #kindess is being used to discuss the events.

Canadian consumers may not often put a human face on their telecommunications carriers. Telus Corp., Bell Canada and Rogers Communications Inc. may not have fostered the sense of the community that Wind Mobile aspires to create.

It started building its community with new media tools, and now it’s looking to create the impression in cares in the real world. Combined with competitive products and services, it might pay off, Sylvester notes.

“People will be open to give them a try. When you’re the new kid on the block, you’re going to capture the unsatisfied customers.”

“It’s been a while that any company (let alone the Big 3 telco giants) has done something so gracious for so little in return,” (sic) says AngryChineseDriver. “Keep up the great work, can’t wait to switch over.”

Before the CRTC decision to hold Globalive’s licence, the company had plans to hire more than 2,000 employees over a 12 month period. But now those plans have been put on hold.

About 800 employees have been hired so far, Robbins says. The other half of the workforce not involved in community efforts are IT staff and network engineers, who are currently working to build out the network and get call centres operational.

Further hiring has been put on hold except for some critical positions, he adds. There are no plans right now for how long the company can employ workers doing charitable work.

“We haven’t put any kind of a time limit on it,” Robbins says. “We haven’t looked at any other scenarios.” 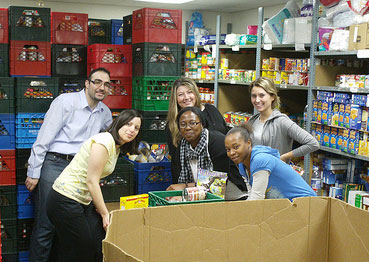 For now, employees are gung-ho about the campaign, Kingma says. Though they aren’t being evaluated for their charitable efforts, many are putting in extra hours and working on weekends.

“Every single person in the company was on board with this moment we started talking about it,” he says.

The firm’s employees will be doing volunteer work for an extended period of time if Telus Corp. gets its way. The carrier urged Clement to not overturn the CRTC’s decision in a Nov. 18 statement.

Globalive’s ownership structure is not compliant with Canadian laws and the CRTC made the only decision it could, Telus argues. Overturing the decision could have wider implications for Canada’s foreign ownership laws in many sectors.

Any changes to the law “must be enacted by Parliament and not snuck in through the back door,” reads the statement.

But Wind Mobile remains determined to offer its services in Canada, and optimistic.

“We are launching,” Kingma says. “Everybody in the company is focused on that, there’s been no wavering on our goal.”

There’s no indication yet as to when Clement will issue his decision.

Brian Jacksonhttp://www.itbusiness.ca
Editorial director of IT World Canada. Covering technology as it applies to business users. Multiple COPA award winner and now judge. Paddles a canoe as much as possible.
Previous article
New Brunswick teachers give 3Rs a new twist
Next article
Data centre of the future will need versatile channel partners