Canada is under assault on two fronts from its mighty neighbour to the south, say local media and entertainment industry gurus.

On the one hand, advertisers and producers here are fighting a losing battle to maintain Canadian content (Cancon) in the traditional media.

On the other, in the digital media arena, U.S-based Internet service providers and online entertainment forums are spiriting away local viewership and advertising dollars.

Sawyer spoke at Interactive Ontario’s iLunch panel discussion on The Future of Screens.

“If you look at alternative distribution channels being viewed by Canadians, you’ll find their infrastructures are all American owned,” noted Sawyer.

“Twitter, Facebook, MySpace, Amazon, Apple’s iTunes and Google are all vital social media distribution channels — and none of them are owned by Canadians.”

What we’re witnessing is a flight of Canadian corporate ad dollars to American social sites and ISPs — as that’s where the bulk of viewers are.

Sawyer rued that the influx of American online content is emasculating struggling Canadian artists and producers, who are already battling much stronger competition in established media channels, such as television and the print media.

Canada needs a national digital strategy that will put our content front and centre, the marketing expert said.

“At the moment, the Americans are gatekeepers of content. We have to put Canadian content into our digital strategy if we want to obtain autonomy and survive.”

For the past 50 years local content producers have been protected by the government’s Cacon requirements for material broadcast in Candadian stations, noted Brady Gilchrist, president and founder of Admodo, a marketing company specializing in social media. 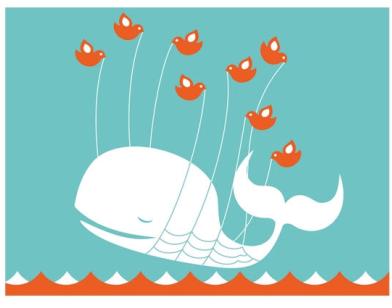 Shortly after the Internet hit the mainstream in 1992, Gilchrist said, the nature of broadcasting and marketing changed.

“Traditional broadcasting was about the container – television, radio or print. Today it’s about content and people who want to get it wherever they are.”

Part of the problem in trying to control foreign content, he said, is that social networks and online broadcasters aren’t broadcasting into Canada. “Instead, Canadians viewers are reaching out for the content through the Internet.”

One solution would be to offer funding assistance to Canadian online producers, said Stephane Cardin, vice-president for policy and stakeholder relations for the Canadian Television Fund. http://www.ctf-fct.ca/

He said the government is thinking of providing two streams of assistance: one for companies producing for the traditional media and another for those creating digital media content.

Online social media has had a profound impact on traditional media and is forcing the industry to change its delivery and revenue models, according to Ivor Tossell, a columnist who writes on the online culture for the Globe and Mail newspaper.

The last five years, he said, have been glory days for media consumers. “There’s never been such a wide choice of content and ways of consuming it.”

Apart from offering Web versions of their product, newspapers are also experimenting with obtaining revenue from online publishing. For instance the New York Times recently started charging for its content.

“I think we’re heading towards a pick-and-pay universe where consumers only pay for the piece of content that they want to consume,” Tossell said.

While some Canadian media outfits are struggling to get a handle on the digital and social media trend,Corus Entertainment Inc. a Canadian media company that focuses on children’s TV programs, has been successful in the online channel.

The company also exemplifies how Canadian content can be a big hit abroad.

“Our Canada-made children shows have been very popular in Europe and Asia,” said Caitlin O’Donovan, director of Kids Interactive at Corus TV.

To provide a richer experience to its young viewers, O’Donovan said, Corus also cultivates an engaging online presence for its children and youth programs.

“We want our shows to be available on all the screens that matter to our audience — whether it’s TV, an X-Box, a computer, or a mobile device.”

She believes “micro payments” will be crucial for allowing producers and broadcasters to thrive in the new online world.

Many companies have tried to make money from online advertising and subscription models, O’Donavan noted, but only a few have succeeded.

She said micro-payments allow consumers a greater deal of convenience and flexibility. “Imagine you’re at a Web site and want to purchase a product or a show. You just click on that item and pay it through a universal payment account like PayPal and the transaction is done

She predicts micro payments will revolutionize distribution of media and other goods and services on the Web.

Nestor Arellano
Previous article
How to successfully sell fertilizer, baby formula and … anything else online
Next article
Multi-channel ad campaign galvanizes youth to get mumps vaccination