TinyCo to open its first Canadian office in Vancouver

TinyCo is getting bigger in Vancouver. 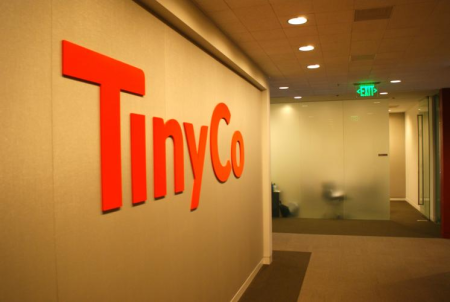 This logo will be appearingsomewhere in a Vancouver office when TinyCo opens a new location there.

“The wealth of top talent and strong community make Vancouver theperfect place for us to continue to grow. We see a great opportunity tofurther cultivate our winning culture, infrastructure, and creativethere (sic). It was an easy choice already, but it didn’t hurt that Ioriginally hail from Saskatchewan!” Deneschuk said in the announcement.

TinyCo didn’t say how many people it plans to hire in Vancouver. Butit’s clear from its job postings page that the company is expanding ata brisk pace. There are currently 28 open positions posted on that partof its Web site for jobs in San Francisco, Vancouver and Buenos Aires,Argentina.

Founded in 2009, TinyCo was named of the top 50 game developers in 2012by Pocketgamer. The company has also set up TinyFund, which invests upto $500,000 per title in games created for iPhone, iPad or Android byindependent developers. TinyCo also kicks in marketing, development andbusiness assistance to game projects accepted for the fund.

The evolution of low code citizen developers and what it means for...